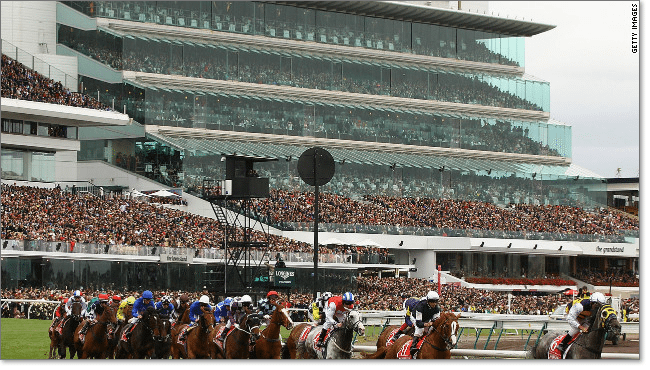 AUSTRALIA has more race tracks than any other country – some of which are world-renowned.

Whether it’s racing on Metropolitan tracks in Melbourne, Sydney and Brisbane, or the country tracks such as Ballarat, Scone and Rockhampton, the passion for racing across the country remains strong.

The major metro tracks are used primarily on Saturday’s, with the secondary-level tracks used on Wednesday’s. This typical schedule can change drastically during a carnival, when the same track can be used up to four times over the course of a week.

Punters can bet on racing from any track in Australia on any day of the week. Most of our recommended bookmakers offer tote and fixed odds betting on all tracks with bookmakers such as Sportsbet.com.au offering betting on every meeting.

There’s nothing better than having a punt on the best tracks in the world, so we’ve compiled a list of the tracks in Australia that fit the bill.

Melbourne is located in Victoria, Australia, and it hosts some quality horse racing tracks. With at least one meeting held in Victoria every day there is a big pool of tracks, but the best ones are run on Saturday’s where the big punters come out to play. 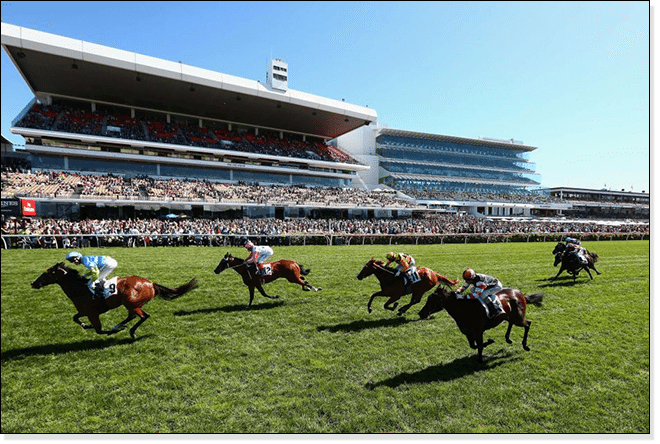 Arguably Australia’s best racing surface, Flemington plays host to some of the biggest races around the world and it has become a major target for punters.

All punters want is a fair track to bet on and Flemington generally plays the part. It is the venue for the Melbourne Spring carnival and in particular the Emirates Melbourne Cup. One of the biggest races on the world racing calendar, the Melbourne Cup holds the biggest prize purse in Australia and the Flemington track provides a nice surface for not only Australian runners, but also the European and Japanese imports.

With a 1200-metre extended straight, Flemington is the only track in Australia where punters will get to see a straight race. These races are a common attraction throughout the major carnivals at Flemington and they are now attracting overseas sprinters which are used to running down the straight. 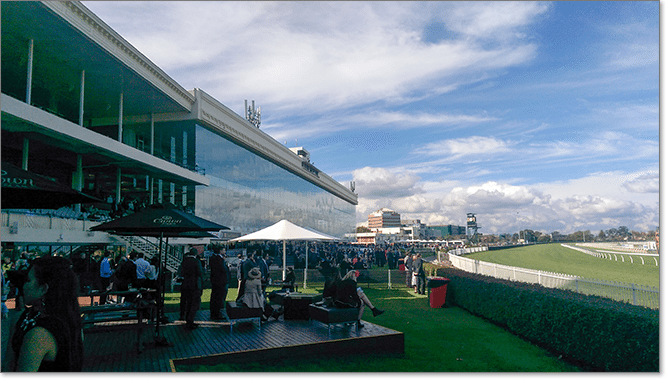 Caulfield is a punter’s favourite as it always provides a fair running surface and there aren’t many big boil overs caused by long-shot chances.

Caulfield also hosts the Blue Diamond series and other group 1’s such as the Caulfield Guineas and 1000 Guineas for the fillies. 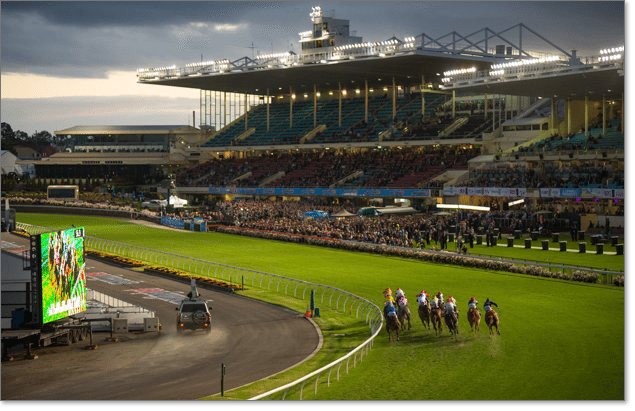 Completely different to both Flemington and Caulfield, Moonee Valley is a saucer-like track with sharp turns and a very short straight.

Famous for the Group 1 Cox Plate, Moonee Valley is an amphitheatre for Australian racing and being on track is a great experience. They have a great bookmaker ring and the track side lawn makes viewing the races an enjoyable experience.

During the summer months, Moonee Valley is primarily used as a night racing venue. Night racing is common practice in Australia throughout summer on Friday nights and punters love it.

Sydney racecourses to bet on 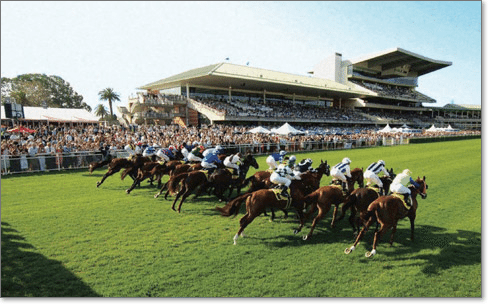 Royal Randwick is a right-handed track and is considered to be Sydney’s highest quality surface. It now hosts The Championships every April over a two-week period and there is some serious prize money on offer.

Bookmakers open betting for The Championships early in the new year and there have been record numbers bet on the carnival since its inclusion into Australian racing. The biggest race throughout the carnival is the $4 million Queen Elizabeth and over the past few years it has seen an influx of international runners.

Punters get to see the very best Australian jockeys who are based in Sydney. These include Hugh Bowman, Blake Shinn and James McDonald who rides for global racing icon Godolphin. 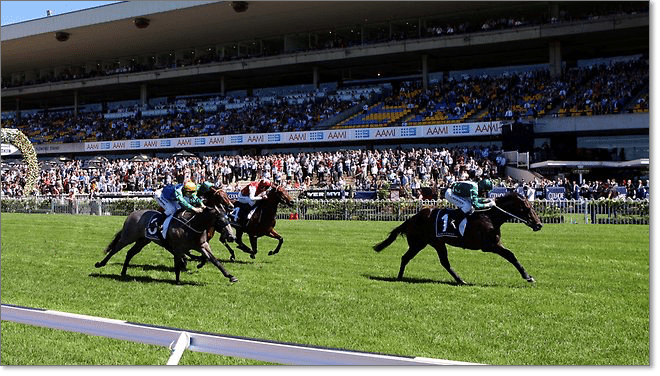 Rosehill Gardens is the second major racecourse in Sydney and it features a total of 10 Group 1 races over the course of a year.

The Golden Slipper for the two-year-olds holds the highest stake for any juvenile race around the world and it is the feature race of the year. Run over the sprint distance of 1200 metres, the Golden Slipper is one of the most sought-after races in Australia and it has a long list of champion winners.

In recent history, it has been won by the likes of Miss Finland, Sebring, Sepoy, Pierro and Vancouver. It is such a big race that bookmaker markets open many months before the race in April.

The majority of Rosehill’s group 1 racing is in March and April, but group races are held all year round and punters will always get a good opportunity to punt at Rosehill.

Other top race tracks in Australia 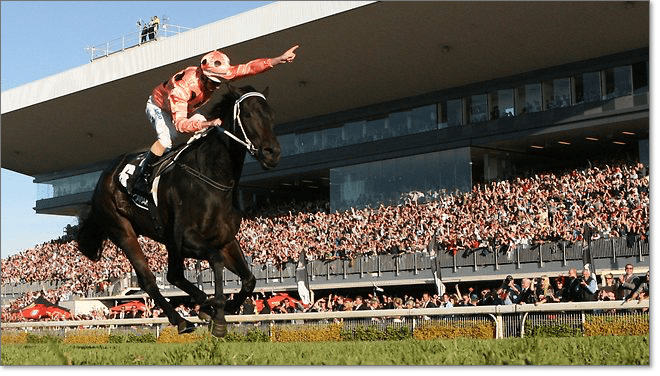 Doomben is Brisbane’s best race track and it becomes increasing popular in May where it hosts an incredible 12 group races and three group 1’s.

The Doomben Cup, Doomben 10,000 and BTC Cup are all held throughout May and the likes of Black Caviar have graced the winners enclosure in recent years.

The 1715-metre track is most popular in May during the Brisbane winter carnival and trainers from all over Australasia target the carnival. It is common for New Zealand runners to come over and contest the big races due to the similar nature of track conditions. 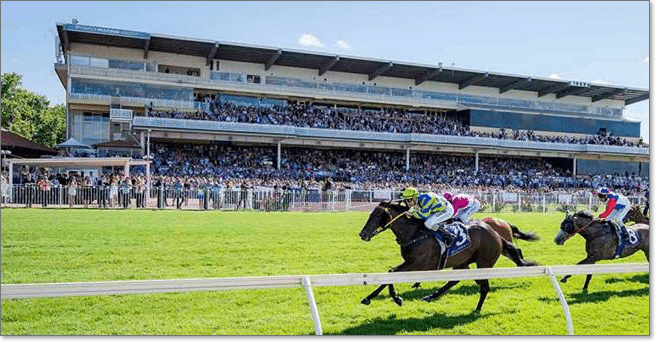 Located in Perth, Western Australia, Ascot is the main race track on the western border of Australia and they race their most weeks.

Their biggest carnival is held just after the Melbourne Spring carnival and it includes three Group 1 races; Winterbottom Stakes, Railway Stakes and the Kingston Town Stakes.

Perth racing is best known for their sprinters and punters prepare betting on sprinting races as opposed to the longer staying events. Some of Perth’s best thoroughbred stars include sprinter Barakey and the Fred Kersley-trained Northerly which won the Cox Plate back-to-back in 2001/2002.

Due to the good weather in Perth, Ascot generally runs on a good surface which punters will appreciate.