Formed in 1875, the Pakenham Racing Club is one of the oldest racing clubs in the country and to this day is still one of the most highly-used tracks in Australia. Home to regular Thursday night meetings in the summer, Pakenham also races on their synthetic track throughout the winter. Pakenham race track rounds off the trifecta by hosting a couple of jumps meetings towards the backend of the season. It is no secret that Pakenham is one of the fairest tracks to bet at for punters, with minimal bias appearing throughout meetings.

Horsebetting.com.au is constantly covering all the horse racing news at Pakenham. 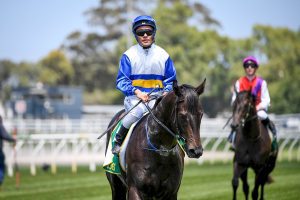 3 months ago
Popular hoop Michael Walker is set to resume his riding career on Thursday night at Pakenham, when he teams up ...
Read More
Punt Drunk: Succulent Chinese meals all round at Warwick Farm
Australia horse racing news 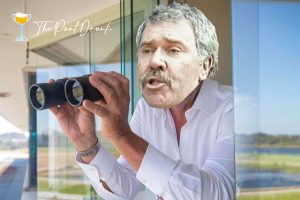 4 months ago
Darren Flindell produced one of the all-time great race calls at Warwick Farm this week, while Terry Bailey had another ...
Read More
Vlad Duric to return to the saddle at Pakenham
Australia horse racing news 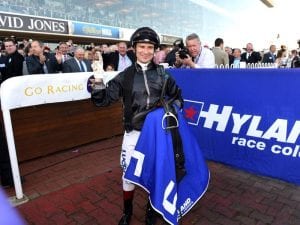 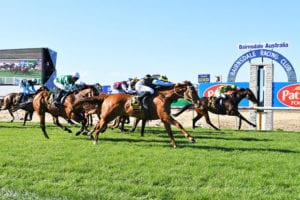 11 months ago
The Bairnsdale meeting scheduled to be held on Tuesday, September 7 has been abandoned, with a new meeting set to ...
Read More

With plenty of horse racing throughout the year, Horsebetting.com.au present horse racing tips for meetings held at Pakenham Racecourse. 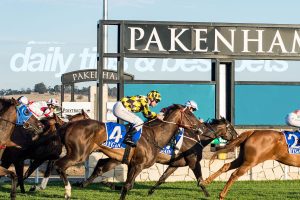 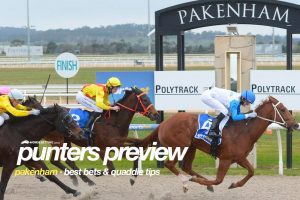 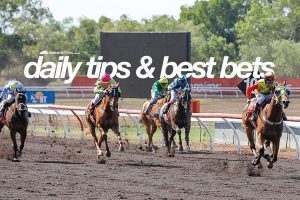 1 week ago
A new season of racing in Victoria gets underway with a massive 10 race program set down for judgement on ...
Read More

Pakenham Racecourse address & how to get there

Getting to Pakenham Racing Club by public transport is not as easy as most other racecourses, with Nar Nar Goon train station (Vline) the closest public transport arrangement to the track, which is 4kms away.

The synthetic track at Pakenham Racing Club has a circumference of 2000m, with chutes in use for races beginning at 1400m and 1600m.

Held a month after the Melbourne Cup Carnival comes to an end, the Pakenham Cup is without a doubt the biggest raceday on the Pakenham Racing Club’s calendar.

The Pakenham Cup (2500m) boasts a total prize pool of $300,000 and is run under handicap conditions at Listed Level.

The 2021 edition of the race was taken out by the Ciaron Maher & David Eustace-trained Smokin’ Romans and was ridden by the prolific Jamie Kah.

How to bet on Pakenham races

Australia’s top online betting sites are the best ways to place your betting wagers on racing at Pakenham.

All of the best online bookmakers offer markets on race day and in the days leading up to the racing at Pakenham, with tote and fixed price betting available once markets are released.

A majority of bookmakers in Australia also have bookie sign up codes available to their customers.

Pakenham Racecourse, like all major horse racing tracks, has TAB facilities, as well as a Bookmaking Ring, where a handful of bookmakers are set up for race days.

Pakenham Racecourse is scheduled to host 37 meetings during the 2022/23 season, with two of those meetings held at metropolitan level.

Horse Trainers based at Pakenham

Approximately 57 horse trainers are based at Pakenham Racing Club.