THE Hong Kong International Races (HKIR) is one of the world’s most lucrative racedays and the last true international meet of the calendar year.

As the name suggests, the HKIR is a truly international event. The cream of the crop from around the world travel to Sha Tin Racecourse in search of fame and fortune, and the acclaim that comes with registering a group one title in Hong Kong elevates the competitors to champion status.

There are four group one races ran over varying distances across the HKIR, which means punters get to see top-tier sprinters and stayers competing for champion status in the same day.

Where to bet on the Hong Kong International Races

Any bookmaker worth their salt knows how important the HKIR are and frame their markets accordingly.

Below you can find comprehensive reviews on the bookmakers we trust, and each and every one of these companies has markets up well in advance of the international raceday.

With so many talented horses racing in the Hong Kong International Races – more and more of the best jockeys are coming out to race. It’s no surprise to see Frankie Dettori at the top of the list of most successful hoops.

Ex-Australian Brett Prebble has made a habit of riding winners in Hong Kong since taking up a riding residency in 2002, and success in the HKIR has been no exception.

Godolphin gun Saeed bin Suroor has nearly completed the HKIR foursome, recording wins in every group one event expect the Hong Kong Sprint. The only race he was won multiple times is the Hong Kong Cup (2000 and 2007), which complements his 2004 Hong King Mile win and his 2010 success in the Hong Kong Vase.

Australian trainer John Moore is another trainer that has won three out of the four group one titles throughout the HKIR. Two Hong Kong Mile wins (2011 and 2014) and single wins in the Hong Kong Sprint in 2008 and the Hong Kong Vase in 2013 place him in rarefied air.

1988: The first-ever Hong Kong Cup is run and won by Flying Dancer, which was owned by Lim Por Yen and trained by Ping Chee Kan.

The Hong Kong Mile is run, initially over the 1400m trip to mark the staging of the 22nd Asian Racing Conference.

1999: The Hong Kong Sprint is introduced. Fairy King Prawn took out the first-ever running of the event over the 1200m distance.

2000: The Hong Kong Vase is promoted to a group one race.

2002: The Hong Kong Sprint is elevated to group one status, completing the quartet of top-tier races throughout the HKIR

2003: Silent Witness claimed its first-ever group one crown by winning the Hong Kong Sprint. The horse would go on to win another eight G1 titles.

2007: Good Ba Ba won its first Hong Kong Mile in 2007 and went on to claim two more HKIR wins in the following two years to become the first and only horse to achieve three HKIR wins.

2011: Dunaden claimed the Hong Kong Vase and in the process became the first horse to complete the Melbourne Cup/Hong Kong Vase double.

2012: California Memory became the only horse in Hong Kong Cup history to win the race more than once after successfully defending its 2011 crown.

Able Friend pulled off an astonishing four and a quarter length victory in the 2014 Hong Kong Mile, earning a rating of 127, the highest international rating ever achieved by a Hong Kong-trained racehorse. 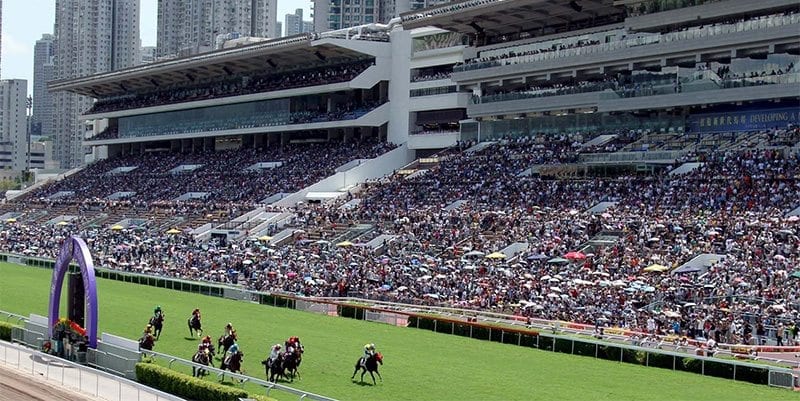