LAUNCHING in 2014 as a de facto ‘Grand Final’ of horse racing, The Championships are the pinnacle of Sydney’s prestigious autumn racing carnival.

Held annually at Royal Randwick racecourse, the Championships are on the first and second Saturday of April each year.

With a prize pool of over $20 million on offer Royal Randwick will be buzzing with the best and brightest stars from around the country, and no doubt plenty of international talent as well.

With eight Group 1 races over the two days, the racing is often as elite as it gets in the country, and with the Country & Provincial Championships run throughout the carnival every race has plenty of importance attached to it.

Recent news for The Championships 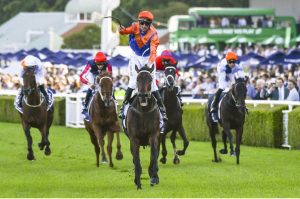 1 month ago
A winning double on Day 2 of The Championships for Nash Rawiller was enough for the champion hoop to win ...
Read More
Punt Drunk: Kings of the turf salute on great weekend of racing
Australia horse racing news 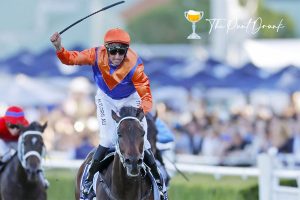 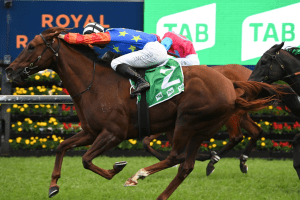 1 month ago
Bella Nipotina has earnt herself a plane ticket to either or Adelaide or Brisbane for a shot at Group 1 ...
Read More
Nimalee gives So You Think group 1 treble
Australia horse racing news 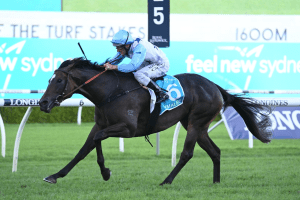 1 month ago
Nimalee's brilliant victory in the Group 1 Queen Of The Turf Stakes has given champion stallion So You Think a ...
Read More
Rawiller produces the “ride of the century” in Queen Elizabeth
Australia horse racing news 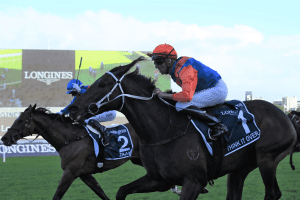 1 month ago
It was only fitting that the race of the century was won by the "ride of the century", which is ...
Read More
Knight’s Order leads all of the way in Sydney Cup
Australia horse racing news 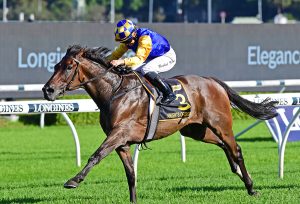 1 month ago
A masterful front-running ride by Rachel King delivered Knight's Order his maiden Group 1 victory, running his rivals into the ...
Read More

Group 1 races during the carnival

With an incredible eight Group 1 races split across the two days at Royal Randwick, race goers will be treated to a spectacular display from some of the world’s very best sprinters and stayers across a variety of distances.

Day one has the crown jewel of the meeting in the form of the Australian Derby, but with seven other big races to experience across the two days including day two’s Australian Oaks, the Championships is truly one of the world’s great racing events.

Known as the premier mile race in Australia, the Doncaster Mile has drawn some of the greatest horses in the world to compete over the 1600m journey.

A handicap race for jockeys with a minimum of 50kg, the Doncaster Mile is for horses three years and over.

Some of the world’s greatest horses have competed for the Doncaster title, with Sunline, Pharaoh, Super Impose and Winx all notable winners of the race.

More about the Doncaster Mile

The TJ Smith Stakes may have only been in existence since 1997, but the race is still one of the most popular events on the carnival.

The Darley TJ Smith Stakes is raced over 1200m and is a weight-for-age event.

The race was upgraded to Group 1 status in 2005 and has since become one of the best sprint races in Australia, drawing superstar horses such as Takeover Target, Santa Ana Lane, Nature Strip and wonder mare Black Caviar.

The Australian Derby is the centrepiece of the first day of the Championships.

Run over the 2400m distance, The Australian Derby is for three-year-olds at set weights which sees the best up and coming stayers from Australia and New Zealand vying for the honours.

The race has seen some of the greatest horses of all-time compete, with Kingston Town and Phar Lap amongst the previous winners.

The race is considered one of the best races on the Australian racing calendar, sitting just below the Melbourne Cup.

More about the Australian Derby

The Inglis Sires Stakes is a two-year-olds race at set weights ran over 1400m.

The Inglis Sires’ is ran across five Australian states, but the New South Wales incarnation is the elite race of the quintet.

The race is the second leg of the two year old’s triple crown, which also consists of the Golden Slipper Stakes and the Champagne Stakes.

The winner’s list reads of like a who’s who of Australian horse racing royalty including Octagonal, Sebring and Wenona Girl.

More about the Inglis Sires’

The Queen Elizabeth Stakes is the richest race of the Sydney Autumn Carnival and the richest weight-for-age race in Australia.

The WFA race for three-year-olds and is run over 2000m.

The race is the signature event of the Championships which draws entries from both Australia and aboard.

Notable winners of the race include Might and Power, Doriemus, Grand Armee and Winx who claimed a hat trick of wins in the race between 2017-2019.

More about the Queen Elizabeth Stakes

The Sydney Cup is a handicapped race run over 3200m for horses three-years-old and above.

The race is over 150 years old and steeped in tradition, with the honour roll including the likes of Makybe Diva, Tie The Knot and Kingston Town.

An increase in prize money places the race into World Class territory with horses from around the globe being flown in to compete for the massive 2 million dollar prize money on offer.

More about the Sydney Cup

The Australian Oaks is the must-see race of day two at the Championships.

Considered the premier staying race of three-year-old fillies in Australia, the race is run over 2400m and is a set weight contest – 56kgs.

A win in the 2019 Australian Oaks was what made the country take notice of Verry Elleegant who has since gone on to take out a Caulfield Cup.

More about the Australian Oaks

Queen of the Turf Stakes

The Queen of the Turf Stakes is the final Group 1 race of the Championships.

Run over the 1600m distance, the Queen of the Turf sees fillies and mares aged three years and over competing in a weight-for-age race.

The race was previously held at Rosehill, but was moved to Randwick in 2014 to specially be a part of the Championships.

More about the Queen Of The Turf Stakes

Top jockey at The Championships

The top jockey at The Championships is awarded the Nathan Berry Medal, which is based off the results in the major races at the carnival. The award is named after former hoop Nathan Berry, who passed away following a short illness in 2014.

The only two time winner of the Nathan Berry Medal is James McDonald.