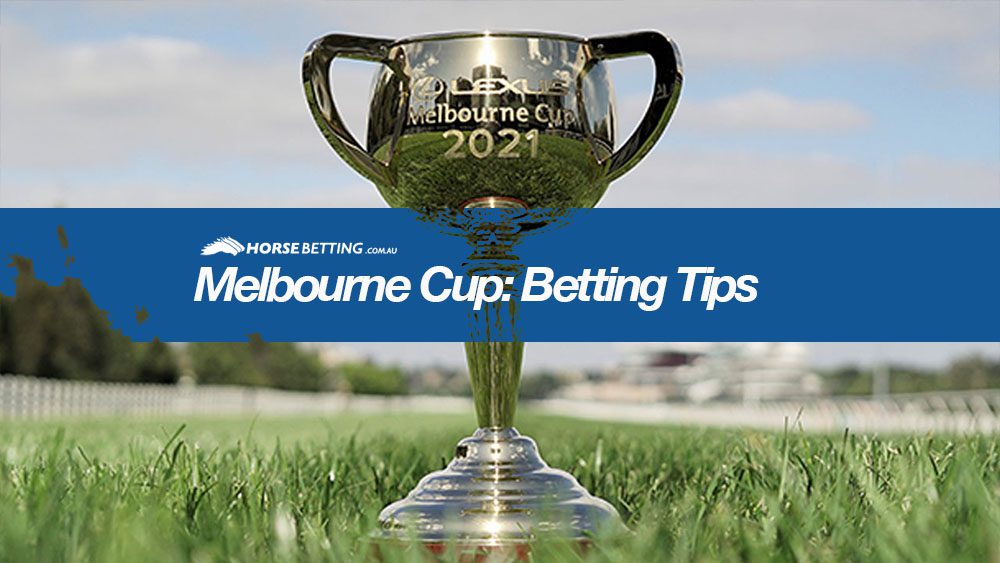 Let’s make no bones about it, you have landed here looking for a red-hot Melbourne Cup betting tip.

The HorseBetting team have been keeping up-to-date with all the lead-in events coming into the race that stops a nation so if you are punting with our tips, you can do so with confidence.

Alongside our tip for the Melbourne Cup, we have provided our best long-shot runners of the day and a candidate we feel will be simply making up the numbers on that first Tuesday of November. Keep in mind our expert Melbourne Cup tips for race day betting will drop on the Sunday before November 2.

Historical tips to live by when betting on the Melbourne Cup

Top Bookies for the 2021 Melbourne Cup

The race that stops the nation, the 2021 Melbourne looks to be a formality for the Peter Moody-trained Incentivise. He was as dominant a winner as you could see in the Caulfield Cup and the success story looks set to continue here. Brett Prebble will need to be patient from barrier 16 to slot in up on speed with cover and similar to the Caulfield Cup, we expect Incentivise to be pulling away from the likes of Tralee Rose and Persan.

We loved last year’s favourite coming into the 2017 Melbourne Cup and this year presents as an even better hope heading into 2018.

Finishing an admirable eighth in last year’s Cup, Marmelo has finished inside the top-two in four runs in 2018, and in the race that stops a nation this year he gets arguably the world’s best jockey Hugh Bowman taking the ride, as he did last year.

Jumping from an ideal barrier, having last year’s quality run in the book and the trusted hands of Hughy taking the ride once again – we love Marmelo’s chances of delivering in the Melbourne Cup on the second attempt.

Many have put forwards Finche’s name as a stayer to watch in 2019, but we aren’t discounting the Waller import heading into the race that stops a nation.

Working home well to round out the placings in the Geelong Cup two weeks ago, Finche showed all the promise that you could expect from a horse making his Australian debut. The galloper displayed quality form overseas and looks like he could relish the wide expanses of Flemington.

Drawing barrier 15 should give Zac Purton plenty of options and don’t be surprised if Finche roars home to be right in contention in the race that stops a nation.

The second of two Lloyd Williams’ chances this Melbourne Cup, The Cliffsofmoher is a better hope in our eyes than $5.50 favourite Yucatan.

Running an admirable fourth in his Australian debut in the Caulfield Stakes, the Aidan O’Brien-trained runner rounded out the placings in the 2018 Caulfield Cup that suggested it has the staying prowess to be a quality runner in the Cup.

The two mile trip is a query, but The Cliffsofmoher is a prodigious talent that has the ability to take out a Group 1 race in Australia. Could the Melbourne Cup be the race?

You can forget about – Ace High

Coming into the Melbourne Cup as one of Australia’s best hopes, a horror draw on Saturday night put a line through Ace High’s chances.

The four-year-old drew barrier 22 heading into the 2018 race that stops a nation, and no other runner has won the race from a wide gate since Brew in 2000.

The 2017 Victoria Derby winner has never ran competitively in excess of the 2400m distance, and the lead-in run in the 2018 Caulfield Cup was highly disappointing.

You can disregard Ace High in the 2018 Melbourne Cup.

Almandin comes into the Melbourne Cup as the best elect to go back-to-back since the mighty mare Makybe Diva did the treble in 2003, 2004 and 2005. The eight-year-old has barely put a foot wrong since returning at Moonee Valley on August 26, recording a second on that day, a barnstorming win in the Japan Racing Association Trophy at Flemington before rounding out the first four in the Bart Cummings.

The win at Flemington was particularly astonishing given it won by over two lengths carrying 61kg. Given the defending champ carries 56.5kg into this year’s Cup we feel the horse goes into the 2017 edition as the horse to beat.

Beware the horse that will make its Australian debut in the biggest race of its life, but for all intents and purposes, six-year-old Tiberian could be the most credentialed horse coming into the Melbourne Cup.

The French galloper has won four of its past five starts, only one of which was not at group level, and all of those races were at a distance of, or in excess of 2400m.

The horse also possesses great versatility. The son of Tiberius Caesar typically likes to be on-pace, but in its Group Two Prix De Deauville victory, the horse settled back in the run before taking out the $116,000 feature. Tiberian will have no issues seeing out the distance and will be a contender at a big price.

Following a terrific second in the Caufield Stakes, Johannes Vermeer – wrongly in our eyes – entered the Caulfield Cup as the favourite for group one glory. The horse rounded out the placings in the cup, overcoming numerous obstacles and hitting the line strongly in what was an eye-catching final 200m.

That was enough to convince us that the Melbourne Cup may not be beyond the five-year-old. The horse has yet to miss a placing since debuting in Australia and we believe it can break the winning duck in the race that stops a nation if things fall into place.

You can forget about – Boom Time

The Lindsay Park-trained six-year-old won the Caulfield Cup at odds of $51, which was value considering its effort for fourth in the Herbert Power. Not everything went his way in the Cup either, as he was held up approaching the turn.

Not many bets have come for Boom Time in the Melbourne Cup, but he’ll stay the distance and he has that dour attitude which could see him performance well again.