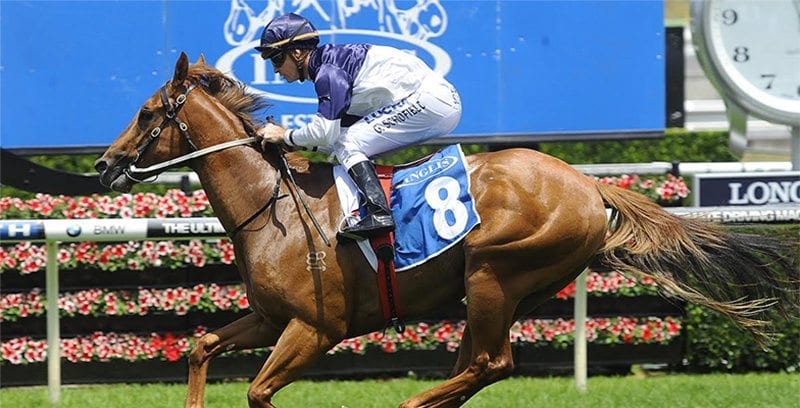 THE Blue Diamond Stakes is Victoria’s biggest race for juveniles with a purse of $1.5 million and Group one status.

The 1200m sprint at Caulfield is held every February and it’s a target race for every trainer with a two-year-old talented enough to make the field.

Some of Australia’s finest have taken out the Blue Diamond, which includes the likes of Redoute’s Choice, Alinghi, Manikato and in more recent times Sepoy and Extreme Choice.

It is considered a stallion-making race it is extremely popular with punters. Markets open months before the race so punters get a look at the early all-in markets and also the fixed odds market when the field is released.

After winning the Group 3 Chairman’s Stakes at Caulfield Loving Gaby is the $4.80 favourite with online bookmaker Sportsbet to win the Blue Diamond Stakes.

Athiri is on the next line of betting at $5.50 while Brooklyn Hustle ($7) and I Am Immortal ($8) round out the runners in single figures.

One-time market leader Catch Me is at $10.

The bookmakers are vigilant at getting early Blue Diamond Stakes markets out. Most of our recommended bookmakers open Blue Diamond markets months in advance, which gives punters plenty of time to sort out their best bets.

The following bookmakers offer all-in and fixed odds markets for both the win and place.