ASCOT in Perth hosts the Railway Stakes, one of the feature mile races on the Australian calendar. The Group 1 Railway Stakes is worth $1,000,000 and is Perth’s biggest race and punters get to see a good mix of local champions and the best from the east.

The most famous Railway Stakes victory was Northerly which won in 2000 and would later become a dual-Cox Plate and one-time Caulfield Cup champion.

One of the biggest myths is that Perth racing is at a lower class than that of Melbourne and Sydney, but we get to see some seriously talented horses in the Railway Stakes and many horses out of the Melbourne spring carnival stick on and compete at Ascot.

Betting for the Railway Stakes is open throughout the year at our recommended bookmakers and this year’s field looks one of the better fields we’ve ever seen. It is held in mid-November so conditions are slick and perfect for picking a winner.

To Be Confirmed close to racing date.

Australian online bookmakers show a lot of respect for the Group 1 Railway Stakes. Markets are opened very early due to the popular of the race and punters looking to get the best odds are never disappointed.

Between our listed betting sites, punters get a full fixed odds market and the best promotions in Australia. Odds are available now for one of the most exciting races in the summer.

2 months ago
The Perth Racing Carnival, now known as The Pinnacles, could face an even bigger shake up than first expected, with ...
Read More
Punt Drunk: Pure magic from the Wizard on Railway Stakes Day
Australia horse racing news 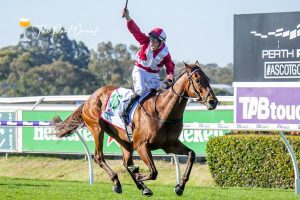 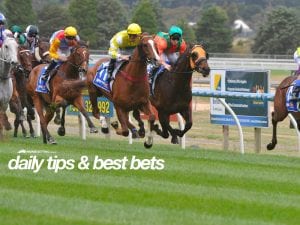 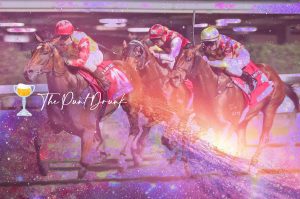 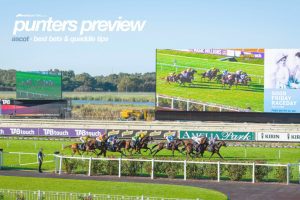 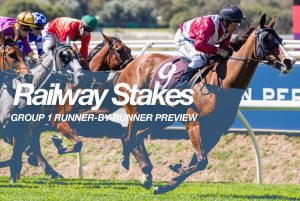 9 months ago
The 2021 Railway Stakes helps kick off the Ascot Racing Carnival, with the Group 1 feature event set to be ...
Read More

There has been only three favourites that have won in the last eleven years and that came in 2011 with local galloper Luckygray. Galaxy Star in 2018 and Western Empire in 2021.

Luckgray’s win in 2011 was also one of the most controversial decisions in Australasian racing history as New Zealand runner He’s Remarkable crossed the line first, but was deemed to interfere with Luckygray around the 1000m mark. That left many punters with a sour taste in their mouth, but punters who took Luckygray to win were not complaining.

Thankfully our bookmakers offer a protest payout deal where both winners get paid out.

Luckygray scored its second victory in 2013 and it was one of many double-figure odds chances to win the Railway Stakes. Sniper’s Bullet won at $16 in 2009 before Gathering won a year later at $11. Local runner Mr Moet was too good for Luckygray in 2012 and it won paying $20.

Eight of the last 11 Railway Stakes favourites have failed to place, which isn’t a good statistic for favourites punters, but the 2014 and 2015 winners both paid a good each way price of $5.

The best lead-up race to follow is the Lee Steere Stakes at Ascot two weeks prior. Six winners have come out of the Lee Steere, but the increase in prize money to $1 million has meant punters need to follow the Melbourne spring carnival form as well.

Good Project won in 2015 and fellow eastern runner Messene finished in second. More and more eastern raiders will travel to Perth and the form stacks up nicely.

Paul Harvey is the best jockey to follow with three wins and although he has had only three runners, Chris Waller has had a win and a place in the Railway Stakes.

Plenty of Group 1 superstars of the West have won the Railway Stakes. Here is what the field look like for the 2021 edition.

Recent runnings of the Railway Stakes