The J.J. Atkins is a two-year-old race which usually runs at Eagle Farm in mid-June.

The set-weight race is over the 1600m journey and there has been a good mix of short-priced and long-odds winners over the past 10 years.

The top two-year-olds in the country typically target the Blue Diamond and Golden Slipper Stakes, which dampens the field for the J.J. Atkins, but the race suits the late-maturing youngsters which compete well later in the spring as a three-year-old.

Some of the past winners include Sizzling, Lovely Jubly and Zeditave. The likes of Brazen Beau, Red Anchor, Melody Belle and Hot Sniztel would later evolve into top thoroughbreds, but they were unable to win as the favourite in the J.J. Atkins.

Markets for the J.J. Atkins will usually open in early May. Most bookmakers have to wait to see what nominations are received and then they will frame the market.

Once the market has been framed, the bookmakers will offer all-in markets which give punters good odds, but there is risk of the horse not starting. Many punters prefer to wait for the fixed odds market which gives you your money back if you horse doesn’t start.

The following bookmakers all have J.J. Atkins markets available.

As the race is held in June, the juvenile horses are now more matured and are showing progression in being capable of heading towards the mile.

The race is often a tricky one to do the form around, with horses having run against “early-season” juveniles in the lead up.

The Group 2 BRC Sires’ Produce run at Eagle Farm over 1400m two weeks prior, and the listed Phoenix over 1600m held the week earlier are the two key form references heading into the JJ Atkins.

Barriers 6 and 11 have proven to be the two most successful barriers drawn since 1983 with both having five winners jumped from the respective barrier. Whilst barrier one is yet to have had a winner in the JJ Atkins. 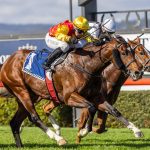 The Tony & Calvin McEvoy-trained Twin Stars will now head to Brisbane, with a start in the JJ Atkins on the agenda following a smart win in the Group 3 SA Sires' Produce Stakes at Morphettville on Saturday afternoon. 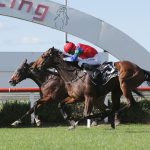 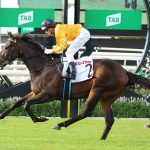 Flying Ryan & Alexiou have a day out at Eagle Farm

Gerald Ryan & Sterling Alexiou had a day to remember at Eagle Farm on Saturday, training three winners from three starters. The Rosehill-based stable embarked on a three-pronged attack at Brisbane racing Headquarters, with Green Shadows, Reggiewood and Flying Crazy all winning in style. 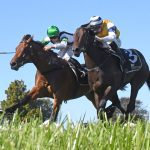 A resolute run for second at Te Rapa on Saturday could see promising two-year-old Rudyard added to the team that Cambridge trainer Tony Pike will take to Brisbane next month for an assault on the Queensland Winter Carnival. 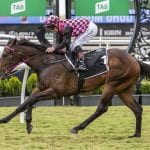 Rothfire made his first appearance in 2022, as he prepares for the Victory Stakes on April 30. The Rob Heathcote-trained galloper was dominant in winning his trial at Doomben on Monday morning, while other Group-class Queensland gallopers also stepped out. 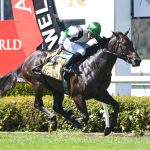 A determined win in the opening event at Trentham on Saturday may have secured promising two-year-old Slipper Island a berth in the team that trainer Tony Pike plans to take to the Queensland Winter Carnival this year. 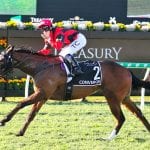 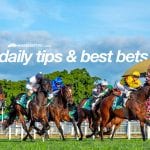 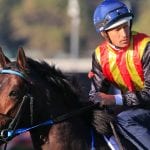 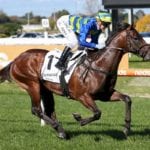 It was an easy watch for favourite backers in the opening race at Caulfield on Saturday afternoon when the $1.70 market elect Generation took out the Super Vobis 2YO event over 1200m.
More
Share On Facebook Share On Twitter
Subscribe
Login
0 Comments
Inline Feedbacks
View all comments