The Group 1 Chipping Norton Stakes is one of Sydney’s feature mile races and is now the official opening of Sydney’s Autumn Racing Carnival.

Held at Randwick at weight-for-age level, the $600,000 mile race is considered a major lead-up race to the Doncaster Handicap and the Sydney Cup.

With names such as Phar Lap, Bernborough, Winx, Tulloch and Tie The Knot among the lost of past winners, the Chipping Norton Stakes is a race steeped in history.

The 2023 Chipping Norton Stakes odds are currently unavailable. Horsebetting.com.au will update this page as they become available. 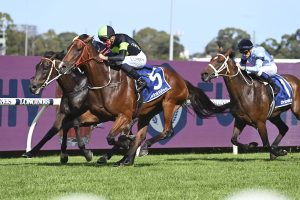 5 months ago
While the NZ suffix was dominating the Flemington card on Saturday, Stockman made sure there was plenty of Kiwi flavour ...
Read More
Verry Elleegant gives Waller a 10th Chipping Norton Stakes win
Australia horse racing news 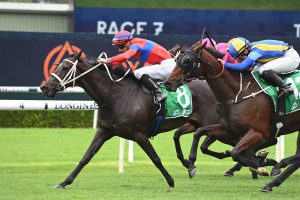 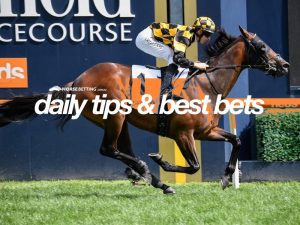 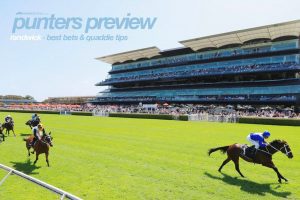 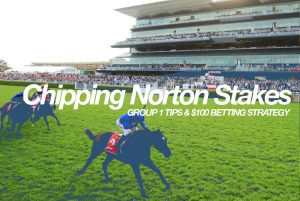 6 months ago
The first Sydney Group 1 of the 2022 calendar year will be run at Royal Randwick on Saturday, with the ...
Read More
Doncaster Mile still the main target for Top Ranked
Australia horse racing news 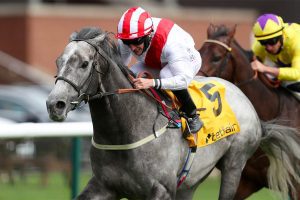 6 months ago
Top Ranked will kick off his Autumn Racing Carnival campaign in this Saturday’s Group 1 Chipping Norton Stakes, with connections ...
Read More

Favourites have a good record in the Chipping Norton Stakes, and it pays to follow the quality milers that are proven winners over the distance.

A lot of runners in the Chipping Norton Stakes are stayers looking for more ground, but this makes it easier for punters to sift through the field and find the winning selection. Quality thoroughbreds which have won as the favourite include the likes of Winx, Verry Elleegant, Shoot Out, Starcraft, Lonhro, Tie The Knot (on four occasions), Super Impose and Our Waverley Star.

The shortest favourite in recent history to win was Winx at $1.10, while the longest price paid was $80 when He’s No Pie Eater lived up to his name in 2007. The son of Canny Lad came from nowhere to win the Chipping Norton before taking out the Rosehill Guineas later that month.

The best form guide for the Chipping Norton is the Group 2 Apollo Stakes, which is run two weeks prior. Five horses have completed the double since 2005 – Winx (2016), Contributer (2015), Theseo (2010), Grand Armee (2005) and Lonhro (2003). Winx and Tuesday Joy are the only mares to have won the Chipping Norton, which is a race firmly dominated by the males.

The best barrier to follow is easily barrier four. It has a record of nine wins from the last 36 starts which is fpur more than any other barrier. Horses in barriers five and nine have struggled with only one win a piece from the last 35 attempts. Horses drawn wide found it tough to cross from the 1600m when the race was held at Warwick Farm, but it has been made easier since the race moved to Randwick.

Hugh Bowman is a world-class jockey and is arguably the one to follow in the Chipping Norton Stakes. Bowman has had 18 rides for seven wins and four placings.The training ranks are dominated by Gai Waterhouse and Chris Waller. Waterhouse has six wins from 27 starters and Waller has 10 wins from 38 starts. With the recent dominance of Chris Waller in Sydney, expect his numbers to rise over the next few years.