HELD on the Saturday after the Melbourne Cup, the Mackinnon Stakes is one of two massive Group 1 events on the same day. Run over 2000 metres at Flemington, the $2 million weight for age event inspires a flurry of betting action. First run in 1869, the Mackinnon Stakes was once a huge pointer to higher honours, with the race seen as a last minute chance for a Melbourne Cup runner.

The race was previously the last gasp opportunity to qualify for the Melbourne Cup, but has since been shuffled around to make it the final Group 1 of the Cup carnival.

The event changed to the LKS Mackinnon Stakes in 1937, and the race’s first winner in its new incarnation was named The Trump. The Trump was a bona fide star, doing the rare Caulfield and Melbourne Cup double to add to his Mackinnon win in 1937, part of a six race streak where he was first past the post.

Four Melbourne Cup winners have been spawned from this race and used to go two ways, with some horses using it as a springboard to get into the cup, while others who have managed to do enough avoid the ballot for the race that stops a nation will use it as a tune up for the major event.

Cups King Bart Cummings ran many of his 12 Melbourne Cup winners through the Mackinnon but, in 2015, none of the 15 starters in the race ran in the big one.

The 2022 Mackinnon Stakes odds as of August 9 look like this:

Betting sites and odds on the Mackinnon Stakes

If you’re going to have a crack at the popular Mackinnon Stakes, you need to find a bookie to take your wager. Don’t worry about looking, we have got you covered. For the best odds and specials, this is where you should be headed: 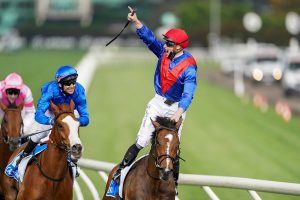 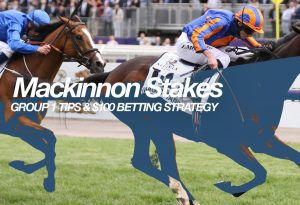 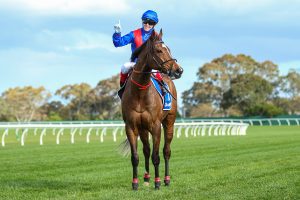 10 months ago
After being a shock withdrawal on the morning of the Cox Plate due to an elevated temperature, star galloper Zaaki ...
Read More
Gelded Skyward set for Bendigo return
Australia horse racing news 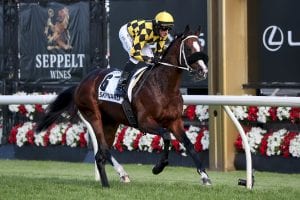 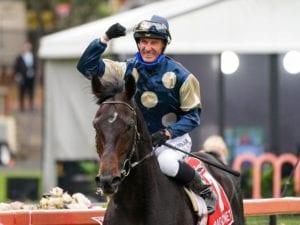 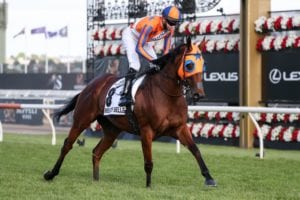 2 years ago
Star Kiwi mare Melody Belle will return home after a hit-and-run raid to Melbourne for the Group 1 Mackinnon Stakes ...
Read More

Most successful trainers and jockeys in the Mackinnon Stakes

Who else but Bart for most successful trainer? The legend’s steeds have won this race a record five times. Sydney starlet Gai Waterhouse is one behind with four, while both Graeme Rogerson and Laurie Laxon have two each. The Cummings trained Rogan Josh, Let’s Elope and Gold and Black did the Mackinnon and Melbourne Cup doubles.

Some of the sheen might have come off his glittering career of late, but top hoop Damien Oliver boasts the best record of any jockey in the Mackinnon, piloting five horses home in the race. No one else has more than two, with Greg Childs, Shane Dye, Michael Clarke and Harry White sharing mantle as the most successful jockeys

The final field for the 2022 Mackinnon Stakes is expected to be announced on Wednesday, November 2, 2022.

With recent stars like Zaaki & Arcadia Queen taking out the Mackinnon Stakes, here is what the fields looked like when they won the Mackinnon.