THE Caulfield Stakes is a time-honoured group one weight-for-age race which has been won by some of Australia’s most iconic thoroughbreds.

Held over 2000m at Caulfield during the Melbourne spring carnival (on the same day as the Caulfield Guineas), the Caulfield Stakes was famously won by the likes of Kingston Town (1981 & 1982), Bonecrusher (1986) Lonhro (2002 & 2003), whilst more recently the champion mare Winx added her name to the honours board in 2016.

It has long been known as a “good horses” race which couldn’t be more true and punters typically have a field day when backing the well-favoured runners.

The $1,000,000 Group 1 Caulfield Stakes is an important race on the calendar, but usually attracts only a small number of entrants. The small field size gives punters a better chance to identify the best value in the race which has been a recipe for success.

The 2022 Caulfield Stakes odds as of August 15 look like this:

Due to the weight-for-age conditions and the timing of the race, bookmakers don’t open early all-in markets.

The betting for the Caulfield Stakes typically opens two weeks prior to the running which leaves punters plenty of time to sort out their investments.

The following bookmakers will all offer betting on the Caulfield Stakes and bonus offers will be available in the week of the big race. 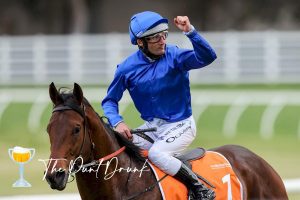 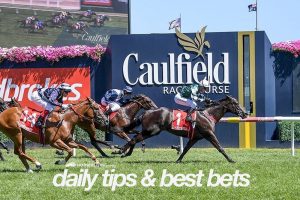 10 months ago
Horse racing around the country sees 12 meetings being held on this Saturday afternoon, headlined by Caulfield Guineas, Caulfield Stakes ...
Read More
Zaaki ‘happy’ ahead of Might And Power Stakes at Caulfield
Australia horse racing news 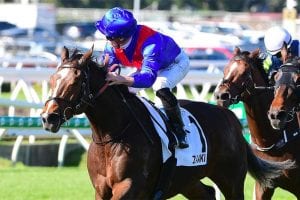 11 months ago
Zaaki will be shooting for his third Group 1 win in Saturday’s Might And Power Stakes at Caulfield in what ...
Read More
Caulfield tips, value bets & quaddie picks | October 9
Horse Racing Tips 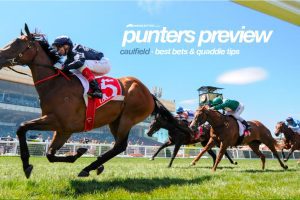 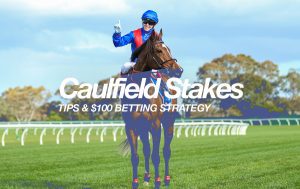 11 months ago
Cambridge trainers David and Emma-Lee Browne’s golden run in Melbourne continued over the weekend when Rhinoceros added another win to ...
Read More

The Caulfield Stakes is a major lead-up race towards the Cox Plate, so punters looking to bet in the early Cox Plate markets should take a close look at this race.

It’s also key to identify the potential champion runners in the field. There has been plenty of upset winners in the race, but the good horses have an excellent winning record and the past winners list is a Hall of Fame honour roll.

Horses such as Bonecrusher, Kingston Town, Gunsynd, Lord, Rough Habit, Lonhro and Winx are past winners of the Caulfield Stakes and the list of champions continues to grow.

The shortest winning price was Winx in 2016. The champion mare paid $1.20 to win in the three horse field, which was considered a generous price at the time.

Since 2000, nine winners have emerged from the Underwood Stakes and the Makybe Diva Stakes at Flemington is also a solid form guide.

Jockey Damien Oliver has the best statistics of any jockey having won on four occasions from 18 attempts.