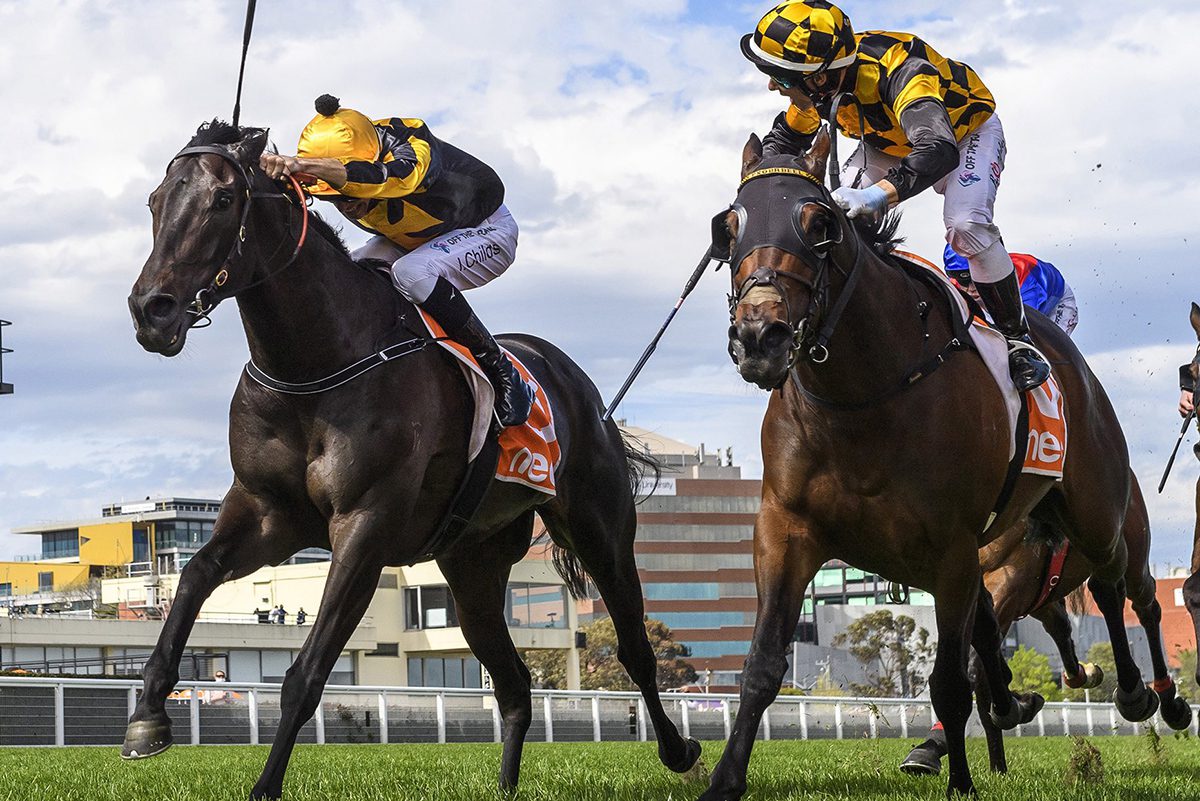 All honours were with Probabeel after the running of the Might And Power Stakes, but the big talking point out of the race was that Zaaki had been beaten despite being a $1.20 favourite with Ladbrokes in his bid to win his sixth straight race.

In what was just a field of five, Craig Williams restrained the short-priced favourite to settle in the middle of the field where he never looked comfortable.

After Homesman made the first move in the race and went for home at the 700m mark, Zaaki seemingly had every chance to put the field to bed, but he was unable to show his customary turn of foot in the straight.

“The positive from the race is that he’s still got improvement in him; he was a little bit fresh and keen in the first half of the race when they put the tempo on.

“He’s not as comfortable around Caulfield and even when they outsprinted him late he still stuck on.

“We didn’t win this battle but the war isn’t over.”

Probabeel upsets the hot favourite and wins the Might And Power Stakes! pic.twitter.com/IDJNY9sqqx

While Zaaki looked beaten a long way from home, eventual winner Probabeel looked to have plenty of gas left in the tank for the business end which was needed to fend off Nonconformist in the shadows of the post.

Probabeel finished second to Zaaki in the Underwood Stakes two weeks earlier and was sent around as the $6 second favourite under Brett Prebble, who has now won four Group 1 races already this Spring Carnival.

“Last 100m she was out – she had nothing left and every time I asked her to keep lifting and she couldn’t, but she kept trying her heart out.

“She’s all guts and determination, it was a really good finish.”

Having claimed the first two Group 1 races of the new season aboard Behemoth in the Memsie Stakes and Incentivise in the Makybe Diva Stakes, Prebble will be looking to make it five Group 1 victories in six weeks and three straight aboard Incentivise in next Saturday’s Caulfield Cup.

While there is no Jamie Kah, Mark Zahra or Ben Melham in the Victorian jockey’s rooms this Spring Carnival, Prebble says he is sick and tired of talking about how he has taken advantage of the opportunities and instead wants to focus on the terrific feats of the horses he is riding.

“I’m actually getting a bit sick of talking about it,” he said.

“I’m more interested in the quality of horses I’m riding and the job that the trainers are doing for me.

“Obviously I wouldn’t be here without them, so let’s start talking about them and less of B. Prebble would be nice.

It has not yet been confirmed as to where Probabeel will run her next race, with the Cox Plate (October 23) and Empire Rose Stakes (October 30) the two races being mentioned.

The Epsom Handicap-winning mare is an $11 chance in the Cox Plate with online bookmakers, while she is rated a $6 second elect in the Empire Rose.

Zaaki’s shock defeat saw him wound out from $1.80 in the Cox Plate to as much as $3 for The Valley feature, while Saturday’s runner-up Nonconformist is now an $8 chance in the Caulfield Cup.