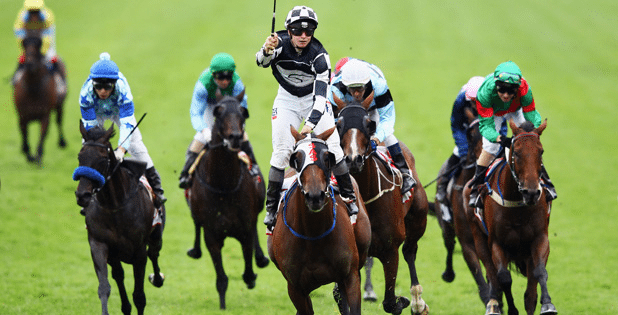 NEW ZEALAND offers some of the best betting fields of any racing jurisdiction around the world and punters are starting to get involved.

Horse racing is big business in New Zealand and we only have to look at how many Kiwi-trained horses come over to Australia and dominate our races.

With one of the highest tracks per-capita rating in the world, a lack of racing is never a worry in New Zealand and premier meetings are offered from Wednesday through the Sunday.

Whether you’re betting on the New Zealand Derby or a maiden at Rotorua, betting on New Zealand racing is exciting and more importantly profitable for recreational and the more serious punters.

We have the top New Zealand betting bookmakers, the best betting racing tracks and all the info you need to place a bet on racing across the Tasman.

Betting on New Zealand horse racing is available with all the bookmakers listed above.

Markets are often opened earlier than the local New Zealand TAB, so punters can get the best early value.

Several betting sites based in the United Kingdom also offer their services to New Zealand residents, with these including the likes of 888Sport, Betway and William Hill.

One of the major benefits to wagering with an international horse racing betting site, rather than one from neighbouring Australia, is that they still have free bet offers and bonus bets available. This means you might be able to get a freebet upon sign-up, which can greatly increase your chances of winning, or at the very least extend your punting session.

These sports betting sites are licensed by the United Kingdom Gambling Commission, which is a highly respected organisation.

What New Zealand races can I bet on?

Punters can bet on every race from New Zealand, which covers both the North and South Island.

Fixed odds and tote markets are available on all meetings and most bookmakers offer futures betting for the major races on the New Zealand racing calendar.

A full list of the New Zealand feature racing calendar can be found here.

Bookmakers offer fixed odds and futures betting on all group one races from New Zealand, including the following:

There are many high quality racing tracks in New Zealand, but most of the major group one racing is done at three/four venues.

Ellerslie, located in Auckland, is the premier track in New Zealand and hosts the likes of the Karaka Million, New Zealand Derby and the Auckland Cup.

Ellerslie was used more frequently in the past, but it has primarily become a spring, autumn and summer track with racing in the winter diverted to other venues around Auckland.

Hastings is the home of the spring carnival triple crown which kicks off with the Tarzino Trophy. The Hawke’s Bay circuit is set in a dry part of New Zealand (known as wine country) and that allows the racing surface to be premium for most of the year.

The spring carnival kicks off in October and the winners will often be seen making their way to Australia later in the year.

Riccarton plays host to the New Zealand Cup carnival where the 1000 and 2000 Guineas are the feature races. The carnival is typically compared to the Melbourne Cup carnival in terms of enjoyment and visitors on track.

Trentham is another major track, but has been used less and less of late. The home of the New Zealand Oaks has been troubled by wet tracks and is featured heavily throughout the wet winter months.

New Zealand has a proud history of producing world class thoroughbreds and punters betting on New Zealand racing can get an early glimpse at the next Kiwi champion.

Below is a list of the most famous horses from New Zealand to make it into the NZ Racing Hall of Fame.