THE Group 1 New Zealand Railway Stakes is a featured sprint race held at Ellerslie on New Year’s Day with the quality of past winners top class.

With a purse of $200,000, it’s not the stake money that attracts trainers from New Zealand and Australia to compete for the Railway Stakes, rather it’s the history behind the race which makes it a must-win for the sprinting types.

It has also been won by two Australian-trained runners with Atomic Force in 2012 (ridden by Nash Rawiller) and 2010 winner A Gold Trail which won with Michael Rodd in the saddle.

The Railway Stakes is always the most exciting race held on New Year’s Day at Ellerslie which is rated as the best track to bet on in New Zealand.

There are no odds available for the Railway Stakes.

Horse Betting will update this page as soon as markets are installed.

All of our bookmakers listed below offer all-in and fixed odds betting on the major races out of New Zealand.

The Railway Stakes is one of New Zealand’s prized races and the Australian bookies know how important framing a market is for both New Zealand punters and the locals.

The following bookmakers currently have markets available for the Railway Stakes. 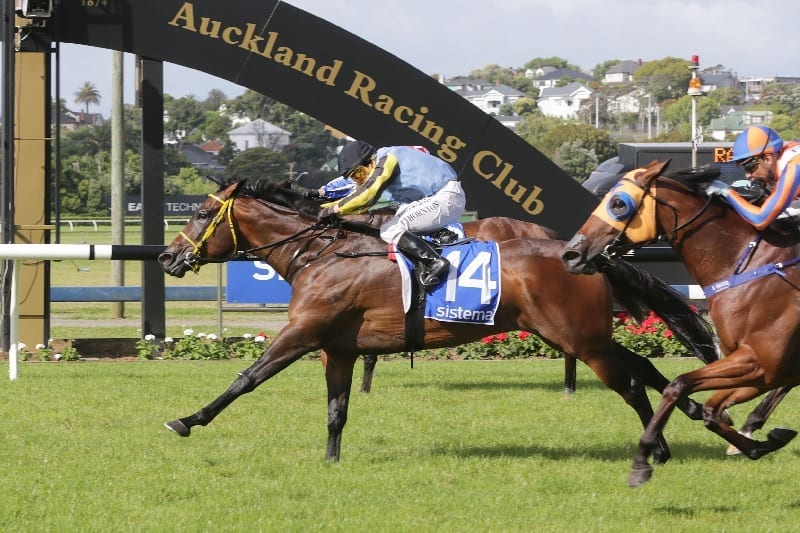 There have been plenty of well-backed horses win the Railway Stakes, which includes the likes of Bounding, Ryan Mark, Atomic Force and A Gold Trial which scored at odds of $5.70 for trainer Gary Portelli and jockey Michael Rodd in 2010.

The Railway Stakes has also thrown in some of the longest-priced winners in New Zealand Group one history with Jacowils winning in 2009 at odds of $104 and Miss Raggedy Ann winning at odds of $86 in 2011.

The Railway Stakes is predominately won by the older sprinters, with Bounding becoming the first three-year-old filly to win the Railway in 33 years.

It’s typically a good horses race with the likes of three-time winner Mr Tiz, which also won the Telegraph Handicap twice and The Galaxy in 1991 at Rosehill.

Diamond Lover broke the Ellerslie track record when winning in 1987. The future stud star ran 1:07.79 in a scintillating display of sprinting.