THE New Zealand 1000 Guineas is a set-weights group one race held at Riccarton racecourse in Christchurch, New Zealand for three-year-old fillies over the distance of 1600m.

The New Zealand 1000, which complements the 2000 Guineas which is run a week prior, first began in 1973 and are based off the England equivalent that is ran at Newbury every year in May.

Held on the final Saturday of Christchurch’s New Zealand Cup Week in November, and $300,000 is on offer.

The New Zealand 1000 Guineas is one of the key events on the Kiwi racing calendar and routinely draws the best fillies in the country. The winner of the race invariably goes on to claim Filly of the Year honours.

Habitually the fillies that will take part in these races are known to many racing enthusiasts well before the race takes place, so all-in markets feature heavily for any bookmakers that take their craft seriously.

Regular tote and fixed odds pools are usually available for betting three to four days prior to the start time.

The bookmakers we trust the most are listed below and we suggest that any punter that is interested in betting on the New Zealand 1000 Guineas to visit up any one of these sites: 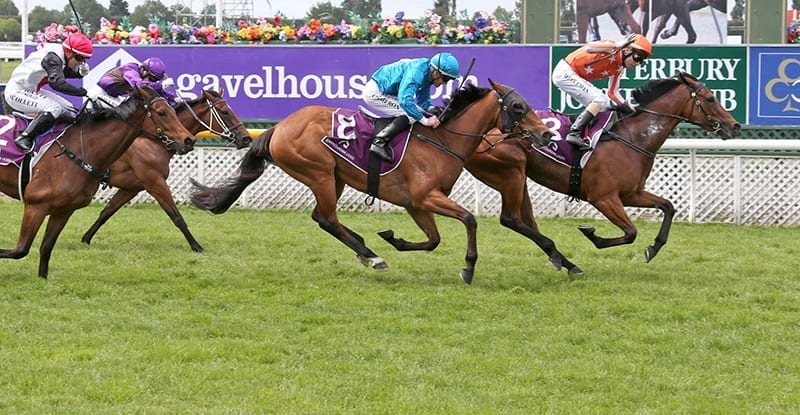 Betting on the New Zealand 1000 Guineas

The best fillies in the country are typically known prior to the running of the 1000, so it is seldom that we see an absolute bolter come from the clouds to take out the race.

In the period between 2016 and 2010, the only double figure winner came in 2014 when Platinum Witness took out the event.

Alongside the key market elects putting in strong performances, winning form is extremely important leading into the New Zealand 1000 Guineas.

In the period between 2012 and 2016 just one horse (Platinum Witness, 2014) has won the previous start before taking out the New Zealand 1000 Guineas.