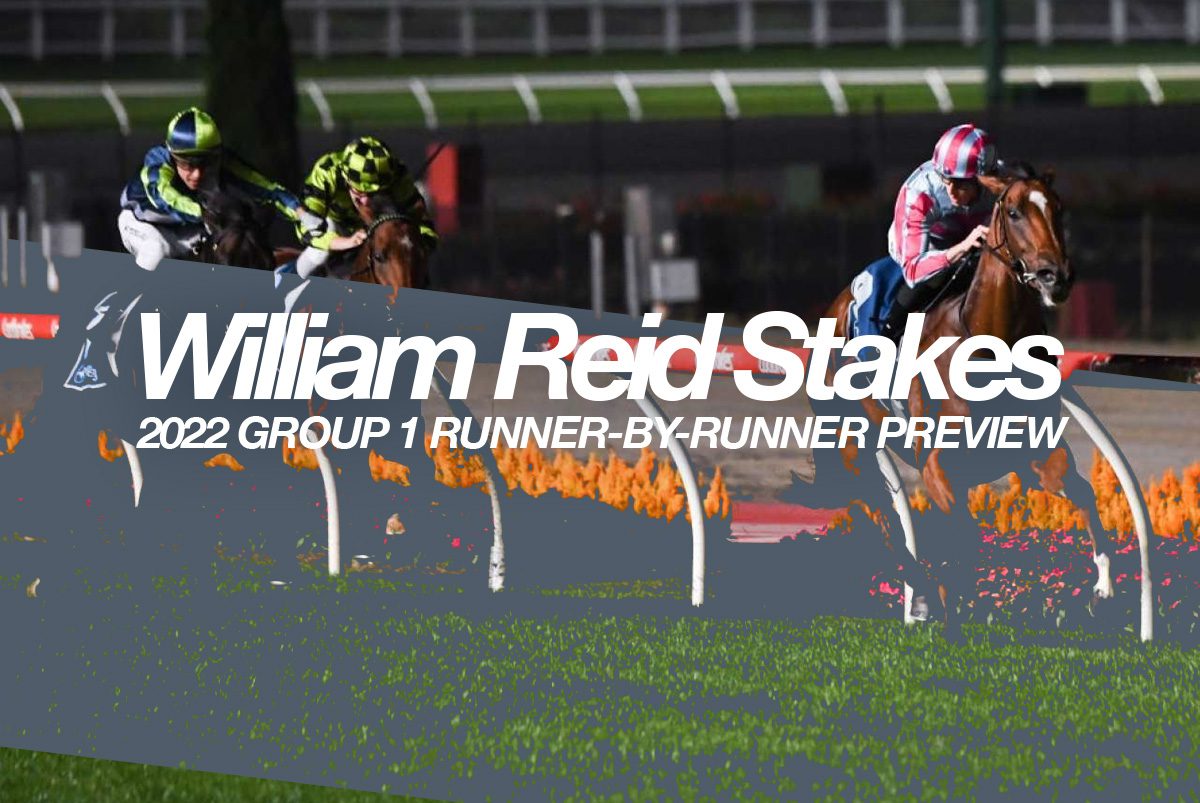 The William Reid Stakes is the final Group 1 of the 2021/22 Victorian horse racing season, and a full field of 14 is set to battle it out over the 1200m at Moonee Valley on Friday night.

Oakleigh Plate winner Marabi is a dominant $1.65 favourite to pick up consecutive Group 1 victories, with no other runner given a single figure quote.

The James Cummings-trained Trekking has been short of his best for quite some time having not won in close to two years. He returned with a poor performance in the Bob Hoysted at Flemington on March 5, when defeated by the best part of six lengths. He comes to The Valley, a track where he has missed the top three on just one occasion from five runs, but considering the poor form he is currently showing, he is hard to have on Friday night.

Jonker was well below his best in the Oakleigh Plate where the reigning Manikato Stakes champion didn’t beat a runner home when beaten over five lengths. He seemingly had excuses on that day, having pulled up with mucus post-race, so if you’re willing to forgive him, he presents great value at a $15 quote with online bookmakers. From barrier 14, he will need all the luck in the world to get across and find a positive position, but with plenty of speed drawn underneath him, we think he gets trapped wide the duration in a race like this. There is no doubting his class, but a new career peak is required for him to be taking out a second Group 1 at The Valley.

Completely forget The Inferno even went around in the Lightning Stakes on February 19, as the Cliff Brown-trained five-year-old was lucky to stay on his feet having clipped heels and almost fell inside the opening 200m. He showed the type of class he possesses during the spring claiming the McEwen Stakes and went within a nostril of beating Wild Ruler in the Moir Stakes. He clearly loves The Valley based on those two runs and if there is to be a swooper to finish over the top of odds-on favourite Marabi, then we expect it to be The Inferno.

South Australian raider Kemalpasa is seven weeks between runs having gotten the better of Behemoth in the Durbridge Stakes on January 29 having led throughout the 1100m scamper. He has won two trials since that effort and has clearly been aimed towards this race. However, his chances were dealt a blow when drawn in barrier 12, considering he is looking to get up on speed and look to dictate terms. If Kemalpasa can get across, and not get trapped wide, he is certainly a first four hope, but we don’t see him troubling a few of his rivals on Friday night.

The Astrologist put in in a career-best performance when finishing second behind Roch ‘N’ Horse in the Newmarket Handicap and will need to replicate something similar on Friday night to be a trifecta hope. He has drawn barrier one and will look to track the speed throughout, but with plenty of early speed in the race he maps to get trapped on the rail and will need too much luck when looking for a run at a crucial time. This looks set to be an ugly watch for The Astrologist fans.

The Robbie Griffiths & Mathew de Kock-trained Halvorsen ran to his best efforts in the Newmarket when finishing 10th and despite having a win to his name at the track and trip, it is hard to see him being competitive in a hotly contested race like this.

Standout from the Gerald Ryan & Sterling Alexiou yard is a consistent sprinter, but is a running punters find hard to catch. He wasn’t beaten all that far last time out by Lost And Running, but this is much harder than that race. He’ll be giving some of his rivals a big start and with the quality of rivals in the William Reid, he looks set to struggle on Friday.

It was a dramatic return to form by the Chris Waller-trained September Run in the Newmarket when finishing third, beaten just over a half-length. It was her best performance since last year’s Lightning Stakes, but there is little doubt she has plenty of ability. She will be giving runners like Marabi a massive head start but armed with arguably one of the strongest turn of foot in the race, she will be making her presence felt with 200m to go. She draws barrier 11, so she will be settled in the second half of the field and if she can match the sprint that The Inferno and general Beau possess, then she cannot be ruled out.

Is there anyone who can catch Marabi? In our opinion, no. She is on the verge of being declared a superstar sprinter and if she takes out the William Reid, then she is certainly in the discussion as one of Australia’s best sprinters. She has yet to taste defeat in seven starts to begin her career and despite leading at a breakneck speed in the Oakleigh Plate, she still kicked clear in the home straight and caught a winning break. She looks to be the leader on paper and will look to break her rivals’ hearts once again. Marabi has three wins from as many starts at The Valley and we think she is just simply too quick for her rivals once again.

The Hawkes-trained Electric Girl has been beaten by big margins in her two runs this campaign in weaker company. The $61 on offer from Unibet looks to be too short.

One we are willing to give a chance at a price is the Mathew Ellerton-trained General Beau who deserved to finish closer in the Oakleigh Plate when finishing midfield, defeated 3.5 lengths. He bounced back with a barnstorming finish in the Moomba Plate on March 12, but if he reproduces a similar effort to both his runs this campaign, General Beau could be a genuine knockout hope. From barrier six, he looks set to gain a nice run in transit in the moving line and if Damien Thornton can have him settled to or three pairs back from the speed, his turn of foot is more than good enough to be competitive on Friday night.

It is hard to knock the intent Generation brings to each race, with the Ciaron Maher & Daivd Eustace-trained colt not finishing outside of the top three in his seven starts he has had. He struggled to chase down Finance Tycoon in the Zeditave Stakes last time out but was impressive when winning the Manfred Stakes the start prior. From barrier two he looks to be the one who stalks Marabi wherever she goes, but whether he can sprint at a sustained speed like she can remains to be seen, so we’re happy to let him go around without our hard earned on.

The Ciaron Maher & David Eustace-trained Marine One is progressing through the grades nicely and has earned his crack at another Group 1. He was beaten six lengths in a Coolmore Stud Stakes during the spring but is coming off a smart win in the Rubiton Stakes last time out which suggests a forward showing in the William Reid. However, from barrier 13, his chances have plummeted considering he needs to settle close to the speed with cover to be any chance. The barrier looks to have beaten him, before they have even opened.

The only filly in the race is the Anthony & Sam Freedman-trained Zouzarella, but she looks to be mightily up against it in this. She looks to be a progressive filly over 1400-1600m, so this may be a touch sharp for her at this stage of her career against out and out sprinters. She does have two wins from as many starts at The Valley’s 1200m, but this is much harder.

The Mike Moroney-trained Snapper is a genuine track and distance specialist having won four races and finished second in fives goes. However, this is much harder than any of those races and will be up against if he gains a start.