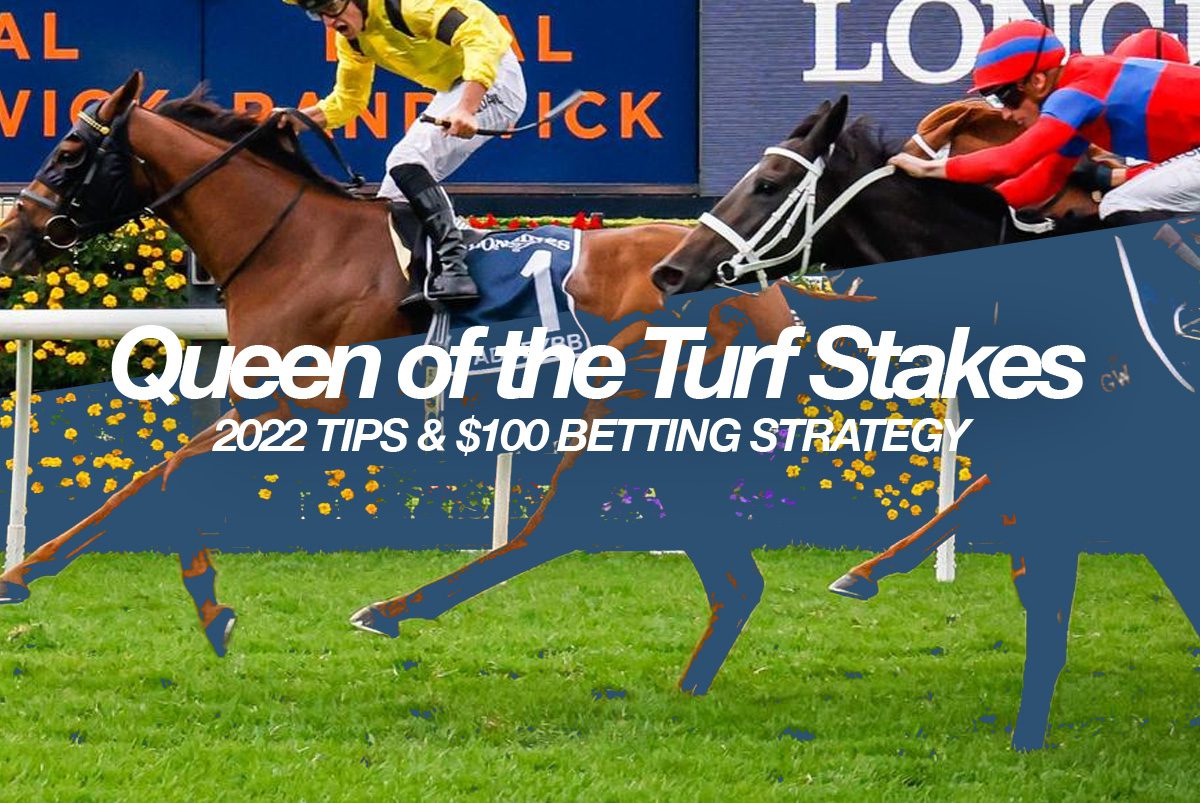 The girls will clash on Day 2 of The Championships in the $1 million Queen of the Turf Stakes (1600m). A field of 14 mares and four three-year-old fillies make up the high-quality field, which includes seven individual Group 1 winners. Colette is the $3.90 favourite with online bookmakers, but Doncaster Mile third-placegetter Icebath is breathing down her neck at $5, while unbeaten mare Yonce is $7.50 to take her career record to seven wins from seven starts in her first Group 1 attempt.

Shout The Bar will roll forward from barrier 10, while her stablemates Vangelic and Never Been Kissed will also race on speed from barriers 13 and five respectively. Le Lude is another mare who tends to race on speed, while Nimalee, Lighthouse and Colette shouldn’t be too far away in the run either.

The Queen of the Turf hasn’t been kind to punters in recent editions, with just two favourites – More Joyous (2012) and Azkadellia (2016) – winning in the past decade, while Gai Waterhouse has won four in that time.

Continue reading for HorseBetting’s top selections and $100 betting strategy for the 2022 Queen of the Turf.

One mare who we have never really tipped is the Brad Widdup-trained Icebath, but if she is to win her maiden Group 1, this looks the right setup. The five-year-old daughter of Sacred Falls has raced at the highest level on five occasions, placing in two Doncaster Miles and the Cantala Stakes (1600m) at Flemington on Derby Day, so high-pressure 1600m races seem to be her wheelhouse. Icebath has also had a strong hand in pop-up races, going down in a photo to Colette in the 2020 Golden Eagle (1500m) and then winning the inaugural running of The Invitation (1400m) last spring at Randwick. The seven-day backup should suit this mare, as she did it in the spring when going from The Invitation to a narrow second in the Cantala seven days later. The only difference from that occasion is that she is going from a Heavy 9 to a Heavy 8, which she will absolutely relish. The wide barrier (15) is a slight concern, but she will get back anyway under Kerrin McEvoy and be storming home late.

It’s hard to go too far past Colette on Saturday given the little freshen-up she has had and the conditions that they will be racing on. The James Cummings-trained mare is a two-time Group 1 winner already and she is going to get every chance to make it a third under James McDonald in the Queen of the Turf. The daughter of Hallowed Crown has had three runs this preparation, running well first-up when 2.75 lengths back in second to Think It Over in the Apollo Stakes, before being a touch plain at her subsequent start when eighth of 10 in the Chipping Norton Stakes, but that race has since produced Group 1 winners Duais (6th) and Montefilia (7th), as well as subsequent Group 3 winners Mount Popa (9th) and Stockman (10th). Colette bounced back out of that disappointing run to finish second to Forbidden Love in the George Ryder Stakes (1500m) on March 19. Now out to the mile and back to Randwick, where she is a three-time winner, Colette will be the testing material.

Traditionally, the winner of the Coolmore Classic (1500m) has run well in the Queen of the Turf, so for that reason, we have to include Lighthouse in our numbers. The Maher & Eustace-trained mare was dominant when winning her maiden Group 1 two starts back in the Coolmore, pulling away to defeat the likes of Mirra Vision and Hinged by nearly two lengths on a Heavy 8 track. The daughter of Mizzen Mast was a Group 1 runner-up to Tofane and Forbidden Love in her two prior starts, so she was a deserving winner at the highest level. Last Saturday, Lighthouse finished midfield in the Doncaster Mile with 53kg on her back from barrier 20, but she now comes back to weight-for-age level and has drawn much kinder in gate 12 under Jamie Kah. The $13 on offer is most definitely the value in the race.