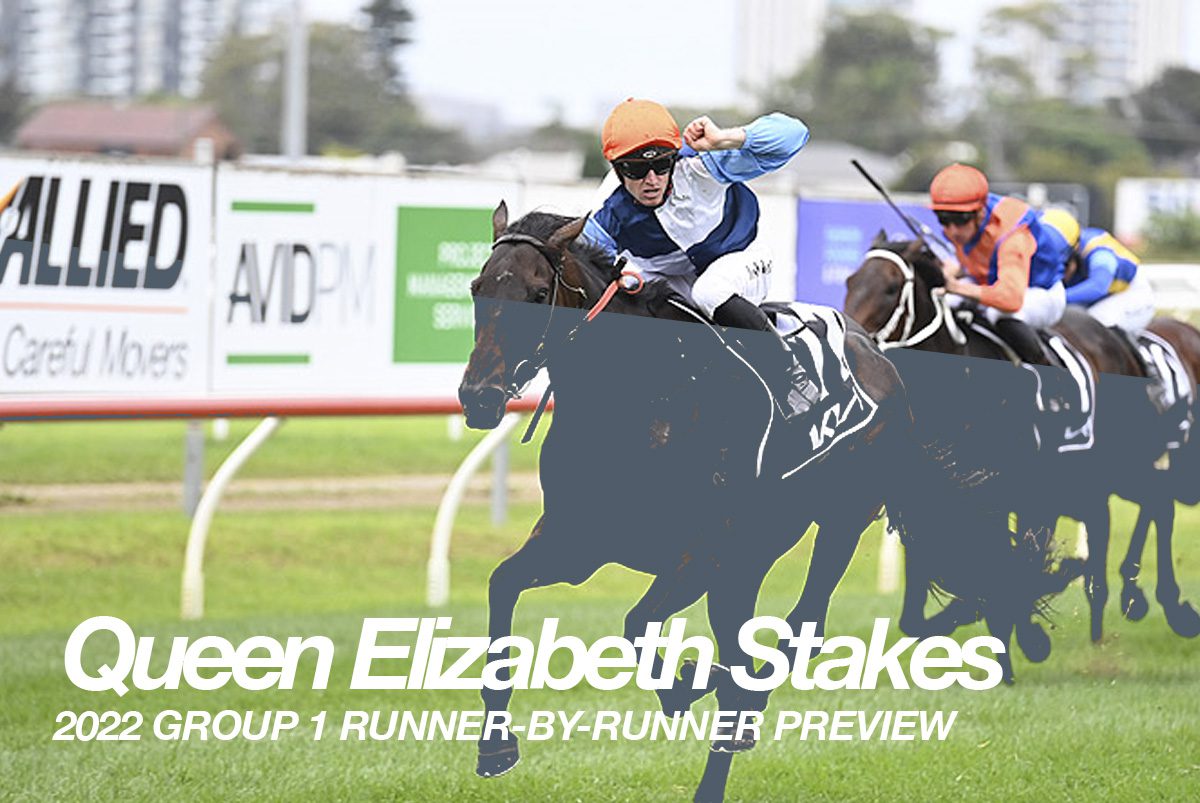 In recent years, the Queen Elizabeth Stakes has become the pinnacle of The Championships, but in 2022, it is shaping to be the most-anticipated race in the past decade on Australian soil. The $4 million event has attracted nine of the land’s top middle-distance and staying horses set to do battle over 2000m under weight-for-age conditions.

Having been the runner-up to Addeybb in the past two editions of the race, Verry Elleegant is expected to add the Queen Elizabeth to her resume, with online bookmakers rating the mare the $3.10 favourite. All-Star Mile winner Zaaki sits on the second line of betting at $4.40, star three-year-old Anamoe is a $4.60 chance, while Duais is a $5 chance. Montefilia ($9) and Thunderstruck ($12) round out the main chances, while Think It Over ($34), Mount Popa ($91) and Dalasan ($101) complete a high-quality field.

Zaaki is most likely the default race leader, unless the two bolters of the field – Mount Popa and Dalasan – look for a forward spot early on in the hope to run the race to suit themselves. Think It Over and Anamoe map to get good runs just behind the speed, while I’m Thundestruck, Verry Elleegant, Montefilia and Duais are likely to settle down in the second half of the field and leave their runs for the business end, as is their typical racing pattern.

Continue reading for HorseBetting’s free runner-by-runner preview of the Queen Elizabeth Stakes, as well as a $100 betting strategy.

After going on a winning rampage during the spring, Kerry Parker’s six-year-old has not had conditions to suit this autumn, which makes it hard for Think It Over to win races. The son of So You Think has won almost $5 million in prizemoney, with 11 wins from 34 starts, seven of which came here at Randwick. The galloper won the Apollo Stakes first up, and has since finished no worse than fourth in the Chipping Norton Stakes, Australian Cup and Tancred Stakes, but he is yet to place on a Heavy track which he will be faced with on Saturday. He’s quality, but he hates it wet.

Zaaki is like a well-oiled machine who just turns up to the races time and time again, running big figures every time he steps out. The seven-year-old had his colours lowered first-up in the Blamey Stakes at Flemington, before bouncing back in style with a 1.5-length victory in the $5 million All-Star Mile on March 19. Since being in Australia, the Annabel Neasham-trained gelding has raced over 2000m on three occasions: a seven-length win in the Doomben Cup, a third in the Caulfield Stakes and a 1.25-length victory in the Mackinnon Stakes. His best trip is arguably 2000m, he is now third-up, keeps Jamie Kah in the saddle and has drawn beautifully in barrier three to run the race to suit himself. He is just unproven on a heavy track, but there does not appear to be much that he can’t do.

I’m Thunderstruck came agonisingly close to taking out the Doncaster Mile on Day 1 of The Championships, so connections have opted to back the four-year-old Golden Eagle winner up on Saturday over 2000m. The son of Shocking is yet to run beyond 1600m, but he is bred to get a bit further and his late surges in race suggest the extra 400m won’t be an issue. After running second to Zaaki two starts ago under WFA conditions, it is hard to see him turning the tables on the market fancy, but the wet track could play into this galloper’s hands. He is deserving of a chance at the big prizemoney.

Mount Popa is coming off a tough win at Rosehill over 2000m in the Neville Selwood Stakes on March 26, but that was at Group 3 level where he carried just 55kg, defeating Polly Grey and Marroni. That was on a Heavy 10 – a very Heavy 10 at that – but it was classes lesser than this field. We will fall over if he finishes in the first half of this field.

Dalasan has been a champion for his connections, winning over $3 million from just seven wins, but the five-year-old entire is still without a Group 1 victory. The son of Dalakhani has come close a few times, including a third-placing in this race 12 months ago, but he just doesn’t know how to win. Connections are clearly trying to win a Group 1 for his future stud value, but he could be so effective back in grade a touch – he has raced out of Group 1 company once since August, 2020. Coming off a fifth in last weekend’s Doncaster is enough to give him half a hope, but again, he needs to win before we can recommend backing him.

Deep down, everyone wants Verry Elleegant to win, regardless of your bet. The champion mare has been the runner-up in 2020 and 2021, and it really is the only blight on her brilliant racing record, which has accumulated almost $15 million in prizemoney. The Waller-trained mare is approaching her final start in Australia with an Arc on the horizon, but part-owner Ozzie Kheir has warned that if she fails to perform on Saturday, it could be the last time we see the Melbourne Cup winner race. From a form perspective, there is no reason why Verry Elleegant can’t win, especially given the heavy conditions, but she is a third of the price of Montefilia, who beat her fair and square in the Ranvet. It’s impossible not to love this horse.

If Verry Elleegant were to run her last race on Saturday, we are pretty confident that Duais would be the mare to take the crown of Australia’s Queen of the Turf. The Edward Cummings-trained four-year-old is now a three-time Group 1 winner after adding the Australian Cup and Tancred Stakes to her resume in her past two starts. The daughter of Shamus Award has been dominant in both of those victories, pulling clear to win comfortably on both occasions. Cummings could have sent this mare to the Sydney Cup where she would have been odds-on, but he has instead stepped her back to 2000m against the nation’s best horses, so that is a fair indication of the opinion he has of her. With an even tempo, she will be finishing the race off strongly and making her presence felt. She is a serious player.

Montefilia is the wearer of many hats – she’s a four-time Group 1 winner, star mare, and most recently, the giantkiller. The four-year-old daughter of Kermadec spoilt Verry Elleegant’s party on March 19 in the Ranvet Stakes, but in the fashion in which she won suggested it wasn’t a fluke. The David Payne-trained mare never looked like getting beaten, pulling away to hold Verry Elleegant at a two-length margin over 2000m on a Heavy 9 track. From barrier two, Hugh Bowman is going to give this mare a lovely run in transit once again, so we can almost guarantee that she will be in the finish somewhere.

Rounding out this star-studded field is star colt Anamoe. The three-year-old is coming off a 6.5-length win in the Rosehill Guineas three weeks ago, where he put paid to Converge and Forgot You. The James Cummings-trained galloper did have a few doubters heading into that race – including us – but he proved a lot of people wrong, winning doggedly albeit in slow time. Berry can be positive from the good gate and put the Cox Plate runner-up in a position where he can be showing his best form. If there was ever a three-year-old to win a race as strong as this, Anamoe is the one to do it.