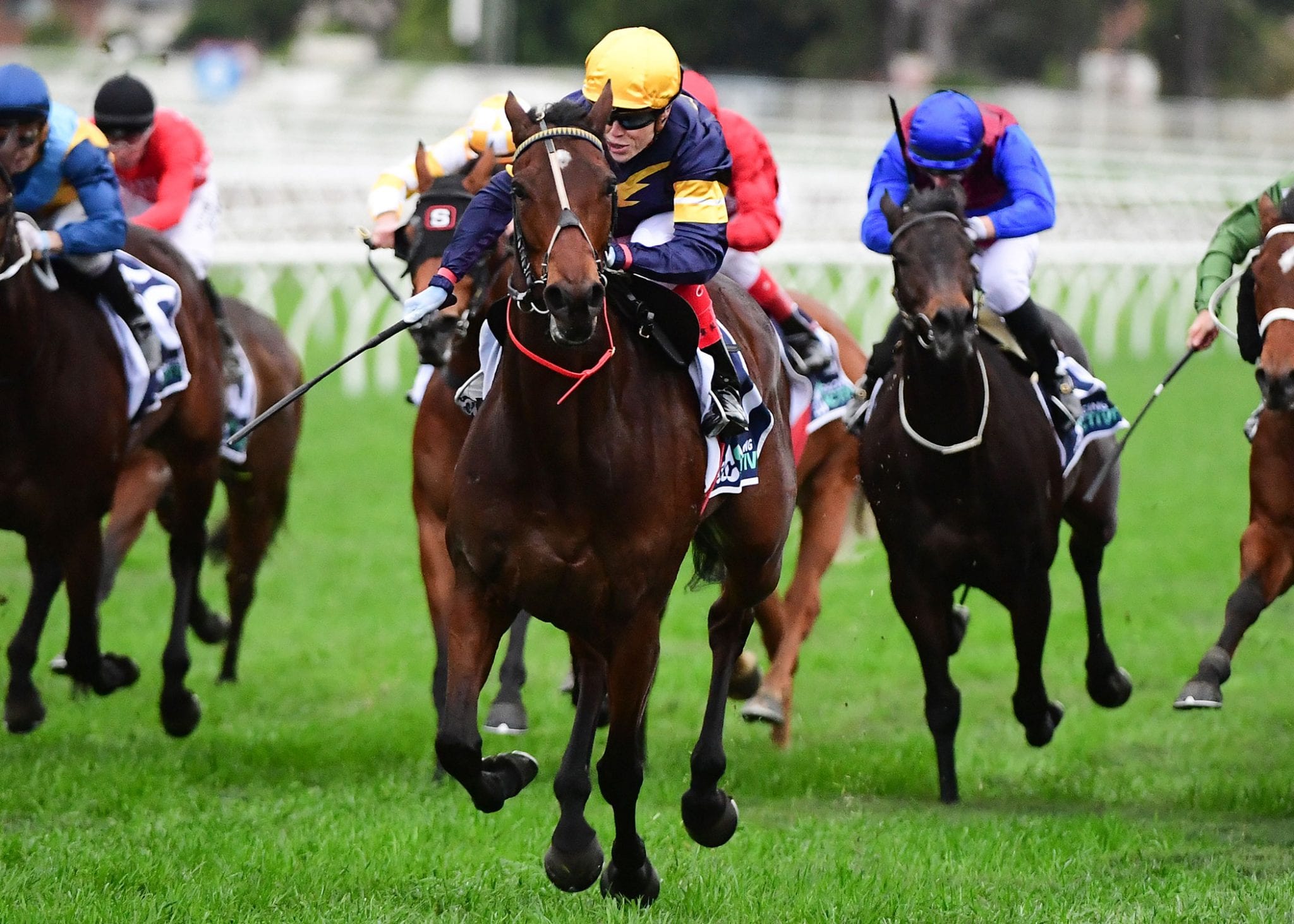 The Group 1 Memsie Stakes is the first Group 1 race of the 2021/22 season in Victoria, and HorseBetting has done the form on every runner and come up with a $100 betting strategy for the 1400m weight-for-age feature. Stradbroke Handicap winner Tofane is a $4 favourite to win the $1 million race at Caulfield, while Behemoth is a $4.60 chance to go back-to-back.

6yo H | T: Tom Dabernig | J: John Allen (59kg)
The 2020 Australian Cup winner is set to enter his 13th Group 1 race on Saturday as one of the outsiders in the field. At this stage in his career, the 1400m first-up in a field of this calibre will most likely be too sharp. Despite finishing second behind Cox Plate favourite Zaaki in a strong Group 2 Hollindale Stakes on the Gold Coast last prep, Fifty Stars is simply not one to be with here.

6yo G | T: David Jolly | J: Brett Prebble (59kg)
Defending champion Behemoth comes to this race second-up following his run in the Group 3 Spring Stakes, where he was awarded the win in the stewards’ room after a ding-dong tussle with Beau Rossa. The six-year-old son of All Too Hard found the 1200m a touch too sharp first-up despite being beaten on the line by the barest possible margin. He has since improved from that run, according to all reports from Grand Syndicates, and looks well placed to become the first horse since Sunline in 2000/01 to claim consecutive Memsie Stakes victories.

7yo G | T: Shane Nichols | J: Dean Yendall (59kg)
The Shane Nichols-trained Streets Of Avalon returns to the Caulfield 1400m following a too-bad-to-be-true run in the Group 2 P.B. Lawrence Stakes on August 14. Having been pestered for early supremacy by Archedemus, he simply had nothing left to give in the straight. With that horse drawn to Streets Of Avalon’s outside here, it looks like the seven-year-old gelding could be left vulnerable a long way from home once again.

8yo G | T: M W & J Hawkes | J: Fred Kersley (59kg)
Archedemus is the rank outsider in the field for a reason, as he is yet to produce when it matters most at Group 1 level. The eight-year-old is expected to be in an early speed battle with Streets Of Avalon, which will leave him gasping for air a long way out from home. No thank you.

5yo G | T: David Brideoake | J: Michael Dee (59kg)
The David Brideoake-trained Red Can Man is one of the better roughies in this year’s Memsie Stakes having fought on gallantly in the P.B. Lawrence Stakes last time out. From barrier eight Michael Dee will look to settle him in the one-one position, and if the five-year-old can replicate his run four starts back in the Group 3 Sir Monash Stakes, he could feature in the finish at big odds of around $23.

5yo G | T: Phillip Stokes | J: Ben Allen (59kg)
If we were not keen on the chances of Streets Of Avalon or Archedemus, it is hard to mount a case for the Phillip Stokes-trained Sansom. He struggled to beat another horse home in the P.B. Lawrence and will find this a step too far in his first crack at Group 1 level.

6yo H | T: Murray Baker & Andrew Forsman | J: Jye McNeil (58.5kg)
One of the more highly credentialed runners in the field is the Baker & Forsman-trained Aegon, who is set to bounce back from a less than ideal end to his Sydney campaign during the autumn. Prior to his failures in the Doncaster Handicap and Randwick Guineas, the Kiwi was undefeated in five career starts including the Group 1 New Zealand 2000 Guineas and the Group 2 Hobartville Stakes, where he beat home the smart North Pacific. He does his best racing on rain-affected ground, so if the rain comes, he will be a good each-way play, but on a Soft 5, bordering on a Good 4, he is one we’re willing to wait for another day to back him.

4yo G | T: Will Clarken | J: Linda Meech (58.5kg)
As we mentioned earlier, Beau Rossa comes to the Memsie following a tough first-up effort in the Spring Stakes against Behemoth. Despite losing in the stewards’ room, the four-year-old packed plenty of punches over 1200m as the pair put four lengths on their rivals, so he is sure to measure up here in his second Group 1 start. At around the $9 quote, he is one to take each-way and must be included in trifectas and first-fours.

5yo M | T: James Cummings | J: Damien Oliver (57kg)
The James Cummings-trained Colette comes to the Memsie Stakes fresh from a 19-week spell, and it is hard to make a case for her. The Godolphin mare loves a wet track, having won five times from seven starts on rain-affected going, while she has a win to her name first-up over 1400m when beating Verry Elleegant and Kolding in the Group 2 Apollo Stakes on February 13. She is another runner who will need the rain to arrive if she is to figure in the finish.

6yo M | T: Mike Moroney | J: Craig Williams (57kg)
Mike Moroney brings his two-time Group 1 winner Tofane to the Memsie Stakes, where she needs to overcome a poor first-up record. From five resuming runs she has just two placings to her name, although she might have turned the corner with her wins in the Stradbroke Handicap and Tatts Tiara during the Queensland Winter Carnival. Craig Williams has opted to pair with Tofane rather than Behemoth, and if this mare is good enough for Willow, she is good enough for us.

6yo M | T: Danny O’Brien | J: Damien Lane (57kg)
Inspirational Girl’s first start for the Danny O’Brien yard will also be her first Group 1 event in Victoria, and she brings strong form with her from Western Australia. She is yet to finish outside of the top three in 12 career starts and has nine wins to her name, including an eye-catching run in the Group 1 Railway Stakes in November 2020. She brings a lot of the unknown to the race and is one we suggest adding into any of your wider exotics.

5yo M | T: Trent Busuttin & Natalie Young | J: Luke Currie (57kg)
Following her win in the Mildura Cup, Sierra Sue was a dominant winner of the P.B. Lawrence Stakes when beating a majority of the horses she meets here over the same track and distance. She relished the 1400m and on her day has a turn of foot that is hard to match, but we expect her to find this a little too tough, despite matching up against similar rivals.

We are confident Tofane can make it three Group 1 wins from as many starts with Craig Williams opting to take the ride on the mare rather than Behemoth, who obviously right in this alongside Beau Rossa. If the rain comes, look for Colette and Aegon to be fighting out the finish in what is set to be a cracking edition of the Memsie Stakes.