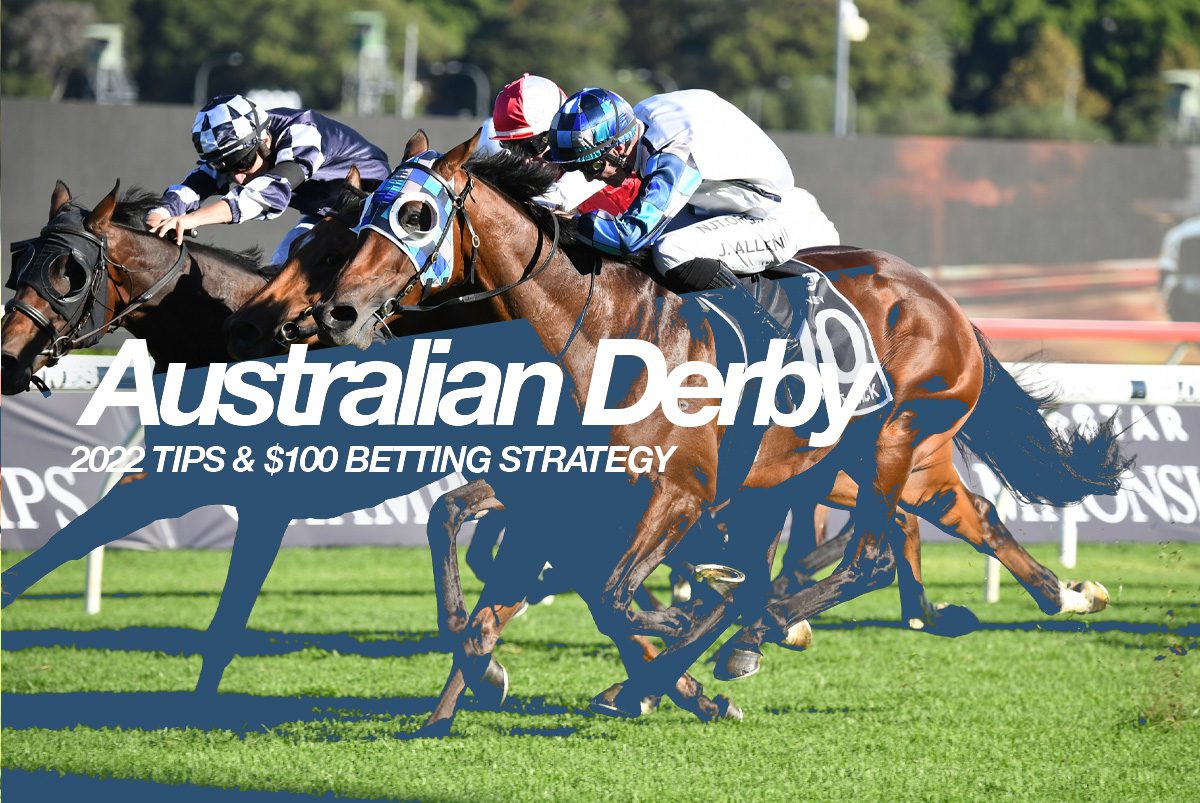 HorseBetting’s Sydney racing analyst presents his best bets in Saturday’s Group 1 AJC Australian Derby (2400m), where a capacity field of 18 three-year-old colts and geldings will do battle over 2400m for $2 million on Day 1 of The Championships at Royal Randwick.

Ciaron Maher & David Eustace, along with jockey John Allen, will be hoping to record back-to-back wins in the historic race when they team up with the race favourite, Hitotsu ($3.60). The Victorian Derby winner is holding favouritism over the Busuttin & Young-trained Forgot You ($7) and New Zealand Derby third-placegetter Regal Lion ($5.50).

The Gai Waterhouse & Adrian Bott-trained pair Castlereagh Kid ($17) and Zoumon ($51) are the likely leaders in the race, while we could also see White Noise ($29), War Eternal ($21) and Raging Bull ($34) ridden close to the speed from their tricky gates. Hitotsu is likely to get back into the second half of the field along with Forgot You and Regal Lion, while Godolphin pair Character and Alegron will more than likely look to slot in somewhere in the first half of the field from barriers 11 and 3 respectively.

We’ve come this far, so there is no turning back now. Raging Bull has been a horse we continually make a case for, and we have been harping on about how he will hit his straps in the Derby. Forget the $34 price and take a look at his form, particularly over these staying distances. The David Payne-trained son of Bull Point has had three starts over 2000m and beyond, which saw him win his maiden over 2100m by three lengths, then run sixth behind Profondo in the Spring Champion Stakes (2000m), and then an eye-catching fourth in the Victoria Derby over 2500m as a $101 chance. Payne trained Criterion to victory in this race in 2014, while Ace High came agonisingly close in 2018. If you put a pen through his first two runs this preparation over short distances and hone in on his staying form, he should be a $15 or $20 chance. The wide barrier makes it hard, but Craig Williams in the saddle is a huge addition, and if the track stays very wet like it is expected to, he could be in the best part of the track toughing it out. He might not be the best in the race, but he is a big brute of a horse who will relish an out-and-out slog.

You have to have plenty of time for three-year-old stayers from the Murray Baker & Andrew Forsman stable, and this year is no different. Baker – who has won five AJC Australian Derbies since 2008, two of which were in partnership with Forsman – will saddle up Regal Lion on the five-day back-up after running a monster second to Character in Monday’s Tulloch Stakes at Newcastle over 1850m. The New Zealand Derby third-placegetter had the perfect Derby trial in that, charging home late to run one length away, suggesting that the rise to 2400m on Saturday is going to be right up his alley. The son of Jakkalberry – last year’s Derby-winning sire – will undoubtedly handle the wet track, the 2400m will be no issue, and the booking of James McDonald brings this horse right into contention. From barrier 10, McDonald will have the gelding in a nice spot – likely midfield or worse – before producing him down the centre of the track. Watch for him storming home late like he did on Monday.

You simply cannot knock the Maher & Eustace camp, especially with stayers, as we saw in the spring with this very galloper. Hitotsu defied history to win the Victoria Derby on the back of a three-week turnaround, which saw him go from the 1600m of the Caulfield Guineas to the 2500m of the Derby, where he won dominantly. This time in, the son of Maurice has raced just once, when winning the Group 1 Australian Guineas at Flemington on March 5, so he is on a similar setup to the spring with a month between runs headed into Saturday. This elite three-year-old is no doubt the best horse in this race, but he is going to need to be on his A-game to beat some of these horses on a Heavy 10 track. Although his last-start Guineas win was on a Soft 6, this is a whole new ball game on Saturday, and typically, Japanese-bred horses aren’t too fond of Heavy going. John Allen has a great record on this horse and barrier four is perfect for him, so if he gets through the going, Hitotsu could just blow them away, but it is a definite query.