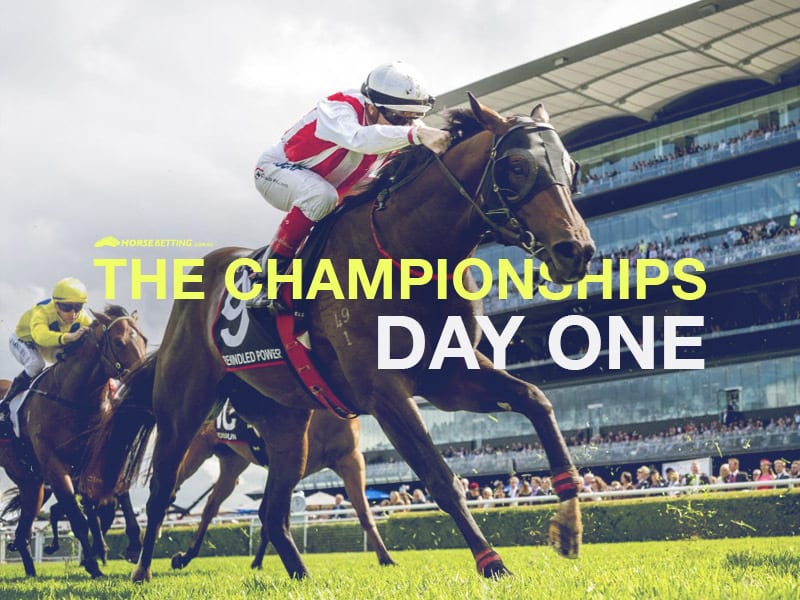 It is Day 1 of The Championships at Royal Randwick on Saturday – one of the greatest days on the Australian racing calendar. Four Group 1 races will be run and won – the ATC Sires’ Produce Stakes, Australian Derby, TJ Smith Stakes and Doncaster Mile – along with the $500,000 Country Championships Final.

Plenty of rain has fallen in Sydney over the past week, so we are in for another Heavy 10 track. However, it is the first time racing has been held at Randwick since March 5, so we are confident that we will see more than just the first three races – which is all we got last weekend at Rosehill. The rail goes back into the true position for the entire course, so all horses should get their chance in the big fields. Racing gets underway at 12:10pm AEDT, with the first of the four Group 1s at 3:15pm AEDT.

A field of 11 two-year-olds kick things off on Saturday in the Group 3 Kindergarten Stakes over 1100m. Five gallopers will be making their racetrack debuts on one of the biggest stages of them all, while just one of the six raced gallopers is yet to win a race. Spacewalk for James Cummings and the Godolphin army is one of the more experienced runners in this field, with four starts to his name for just the one win, but that came in dominant fashion at Canterbury last time out on a Heavy 9 track. Hugh Bowman comes to life on these big days, so it is a big advantage to have him on yet again, while barrier one could prove to be the short way home. He’s got the heavy track box ticked, which is oh so crucial for these two-year-olds.

The Carbine Club Stakes has attracted the smallest field of the entire program, with just nine horses lining up after the scratching of Field Legend. Cap Estel won by the length of the Randwick straight two starts ago over 1600m in a Midway Handicap where she carried just 51.5kg on a Heavy 10, which subsequently saw Anthony Cummings opt to back her up seven days later in the Coolmore Classic at Group 1 level where she held her own, despite being outclassed. The filly by Zoustar now comes back against her own age and back to Randwick over 1600m where she was dominant just four weeks ago, so we see no reason why she cannot repeat the dose. She has drawn the inside alley, so Tim Clark will take her forward and be right there to finish the race off.

A field of three-year-old fillies will do battle in the Adrian Knox Stakes in a bid to win their way into next Saturday’s ATC Australian Oaks. Edward Cummings trained Duais to victory in this race 12 months ago and on Saturday he saddles up I’m Divine off a similar profile. The filly by Roman Emperor won her maiden in fine style when leading all of the way three starts ago, which saw Cummings opt to put her in the deep end in the Surround Stakes where not a lot went right and she dropped out to run last. Since then, I’m Divine looked to have a Benchmark 75 shot to bits at Canberra, but she ran off the track and got beaten on the line. Cummings has added near side blinkers to the filly, a Butterfly Bit, Cross-Over Nose Band and Lugging Bit – all for the first time on Saturday – in a bid to iron out a few creases. Having drawn beautifully in barrier two, Tommy Berry can control the tempo and hopefully she can pick up and kick away in the straight. She looks pretty hard to beat.

Stayers get their chance on Saturday in the Chairman’s Quality over 2600m en route to the Sydney Cup on Day Two of The Championships. One horse who we believe has been completely missed by the market is the Joe Pride-trained Stockman who is on the five-day turnaround after running second to Duais in Monday’s Group 1 Tancred Stakes at weight-for-age. The five-year-old son of Tavistock ran out of his skin to be beaten 3.4 lengths by the triple Group 1 winner, but he now comes back to Group 2 company under handicap conditions against horses who are genuine one-pacers. Prior to his Group 1 placing, the 2021 Caloundra Cup winner defeated Mount Popa in the Group 3 Sky High Stakes at Rosehill over 2000m on a Heavy 8, making it win four from start six on heavy tracks, with Monday’s run being his seventh heavy-track run. Mount Popa has since won, franking the Sky High form as well. The five-day back-up suits this horse, the rise in trip suits him and a good tempo will aid his chances. Prior to online bookmakers releasing their prices, we thought Stockman would be a $3 chance in this race, so the $8 is like Christmas coming early. He would need to stink it up completely to not give this race a huge shake at massive value.

It may not hold Group 1 status, but the $500,000 Country Championships Final is one of the races of The Championships given the entire process of qualifying over two months, the battlers getting their chance for half a million dollars and to race on the big stage – it is what racing is all about, and punters and racing participants seem to have taken to the series like a duck to water. Testator Silens is no stranger to winning races, having won five of his six career starts, including two Highway races and a last-start victory in the SERA Country Championships Qualifier at Nowra. The four-year-old Luke Clarke-trained gelding gets in with 57.5kg, a weight he has carried to his past two victories, while he will jump from barrier 13 – the same alley he won the qualifier from – so punters shouldn’t be too concerned about the wide alley. This horse just savages the line, he seems as tough as old boots and the 1400m is ideal for him. We have plenty of respect for Cavalier Charles as well, who will carry the #1 saddlecloth after a brilliant win in the Wild Card at Scone.

The first Group 1 on Saturday is the ATC Sires’ Produce Stakes over 1400m for two-year-olds. Golden Slipper winner Fireburn will be looking to be the first winner of the $5 million feature to win another race since She Will Reign did, while Daumier will be looking to give Godolphin a third Sires’ victory in the past four years. See our Sires’ Produce Stakes preview here.

The three-year-old stayers will do battle in the Australian Derby over 2400m, where jockey John Allen and traners Ciaron Maher & David Eustace are looking to go back-to-back in the race, while Hitotsu is aiming to win the Victoria Derby-Australian Derby double. See our Australian Derby preview here.

Nature Strip is looking to do what Chautauqua did only a few years ago and win his third-consecutive TJ Smith Stakes. In his way, his old sparring partner Eduardo, and the fairytale horse, Shelby Sixtysix. Read our TJ Smith Stakes preview here.

The jewel in the crown on Day 1 of The Championships is the $3 million Doncaster Mile, one of the greatest races on our calendar. Can Forbidden Love win her third-straight Group 1? Can Gai Waterhouse win her eighth Doncaster? Can Private Eye complete the Epsom Handicap-Doncaster Mile double in the same season? All of those questions will be answered on Saturday. See our Doncaster Mile preview here.

To round out the day, a field of 18 three-year-old fillies will contest the PJ Bell Stakes over 1200m. With $200,000 in prizemoney up for grabs, some of the countries top fillies will line up, including Queensland filly, Me Me Lagarde. The Toby & Trent Edmonds-trained filly has won three of her five races and placed second to King Of Sparta in the $2 million Gold Coast Magic Millions 3YO Guineas at her most recent start on January 15. The filly by Star Turn was a real eye-catcher on that occasion, storming home from out wide to grab second. Unfortunately, she has not had much luck with barriers, being served up gate 16 on Saturday, but her get-back, run-on racing pattern will compensate the wide draw. She is certainly good enough.

Saturday quaddie picks for Day 1 of The Championships