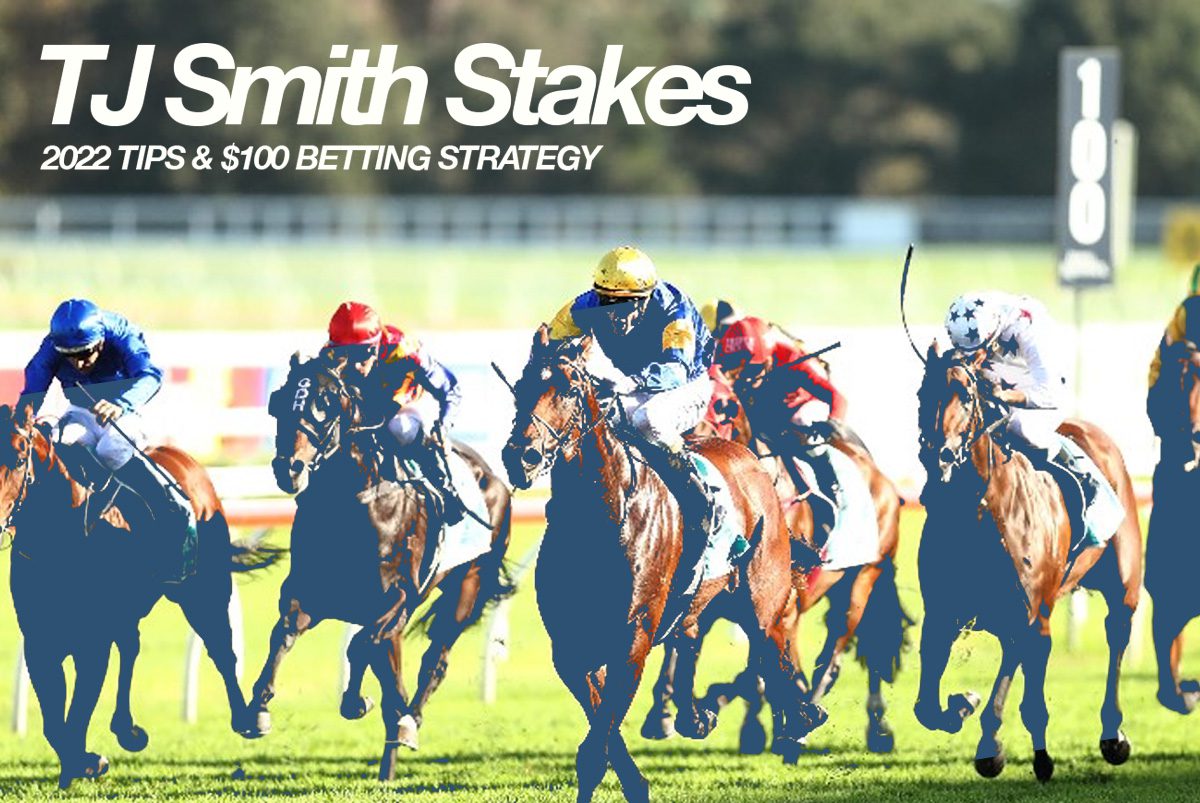 The $2.5 million TJ Smith Stakes (1200m) is one of the best events on the Australian racing calendar, and the 2022 edition promises to be a beauty.

On Saturday, Nature Strip ($2.80) will be looking to win his third-straight TJ, but in his way is his old sparring partner Eduardo ($3.60) and the new kid on the block, Shelby Sixtysix ($6). Rounding out the four runners in single figures with online bookmakers is Masked Crusader ($9), who motored home to run second in this race 12 months ago.

There will be no shortage of pace in the TJ, with notable speedsters Nature Strip and Eduardo likely to scorch the turf yet again. Rule Of Law ($61), Roch ‘N’ Horse ($20), Paulele ($15) and Overpass ($18) will all look to make use of their barriers and be handy to the speed as well, while Shelby Sixtysix, Masked Crusader and Count De Rupee ($31) will be midfield or worse and making their runs late.

We are going to be forgiving of Paulele’s last-start failure in The Galaxy (1100m) when four-and-a-half lengths behind Shelby Sixtysix at Rosehill Gardens. The James Cummings-trained three-year-old jumped from the outside alley, was snagged back to last and didn’t have clear galloping room in the home straight, so there were plenty of excuses to be made for the colt. The son of Dawn Approach does hold an unbeaten record at Royal Randwick, so getting back to his favourite track is going to be a big advantage, as is a much kinder barrier draw in gate six. Jamie Kah replaces Rachel King, which is a great move. We do concede that he meets a couple of his rivals worse off at the weights than when they met in The Galaxy a fortnight ago, but the rise to 1200m and move back to Randwick is enough for us to want to be with him on Saturday.

As always, we have plenty of respect for Chris Waller’s champion sprinter Nature Strip. The seven-year-old gelding has won the past two editions of the TJ, while he also won The Everest over this course and distance in October. The son of Nicconi comes into this race on Saturday without winning this time in, after having run a narrow second in the Group 1 Lightning Stakes (1000m) at Flemington, and then being upset as an odds-on favourite in the Challenge Stakes (1000m) when third behind Eduardo and Shelby Sixtysix. The big chestnut regularly puts in a stinker second-up and then bounces back when third-up, so if you want to take him on, beware! James McDonald once again does the steering, while the wide barrier (11) isn’t much of an issue as he has brilliant gate speed and likes to have galloping room around him, which will allow McDonald to park outside of Eduardo and keep his main market rival in his sights. Take him on at your own peril.

In a million years we never thought that we would be tipping Shelby Sixtysix in a TJ Smith, but here we are. The Goulburn-based galloper has burst onto the scene in the past month, winning a Class 2 Highway on February 26 before running past Nature Strip in a Group 2, winning a Group 3 and then scaling to the top of the racing with a Group 1 win in The Galaxy on March 19. The Danny Williams-trained five-year-old will be lining up for his 17th start of the preparation, which is a truly remarkable thought on its own, but to think that he was beaten at the Sapphire Coast in January to being a $6 chance in a $2.5 million race is one of the greatest stories in racing this year. Tommy Berry goes aboard once again, he has drawn wide in barrier 10 but will get a cart across from Nature Strip, and he has never missed the placings on Heavy tracks in seven starts. It will be a win for racing if Shelby can get the job done.