Punt Drunk is back for another week as we build towards the first Group 1 of the racing season: the Winx Stakes at Randwick on Saturday afternoon. We’ll take a look at what is in store for Behemoth following his controversial win in the Group 3 Spring Stakes, a Port Adelaide footballer looking for a Melbourne Cup jockey, and the rare feat a Queensland jockey achieved over the weekend. 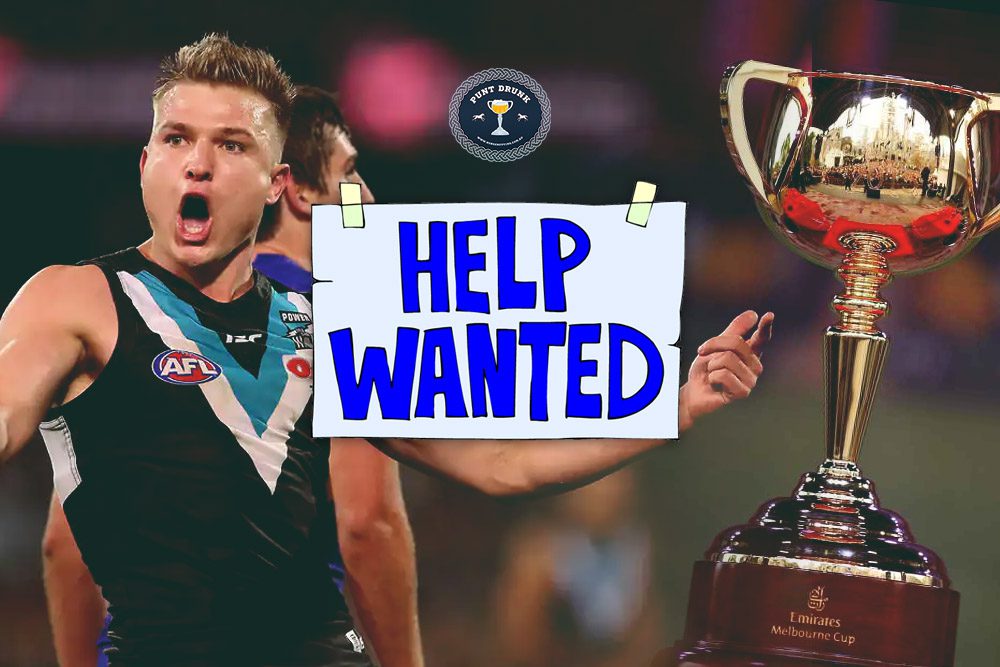 Behemoth took out the Group 3 Spring Stakes on Saturday afternoon, albeit in the steward’s room, after finishing behind Beau Rossa in the race at Morphettville. Connections of Behemoth were quick to throw in a protest, with Beau Rossa shifting out of his ground. Anyway, the big boy from SA is set to contest the Group 1 Memsie Stakes on May 28 at Caulfield, where he will look to become to the first horse to go back-to-back since Sunline did so in 2000 and 2001. However, Behemoth will need to do it without Craig Williams this year, as Willow is set to take the ride on Tofane following her win in the Stradbroke Handicap and Tatts Tiara during the Queensland Winter Racing Carnival. It isn’t all doom and gloom for Behemoth fans, with the ‘Queen of Racing’, Jamie Kah, given the keys for Saturday week’s Group 1.

Wines on the hunt for a Melbourne Cup jockey

Ollie Wines is a $4.50 chance to take out the 2021 Brownlow Medal, but he is a $101 shot to land a Melbourne Cup jockey for a horse he part owns, Not Usual Glorious from the Travis Doudle yard. The Port Adelaide star took to Twitter to put a feeler out for a jockey who wants the ride on his runner, and despite tasting defeat for the first time in Australia on July 10 at Gawler, he seems to have a touch of seriousness about his approach. Having won four of his last five starts, the son of Fiorente is no mug of a racehorse and does indeed hold a nomination for the race that stops a nation. Not Usual Glorious is expected to compete in the Group 3 The Bart Cummings at Flemington on October 2, with the winner receiving a guaranteed start in the Melbourne Cup. It could be a big spring for Wines, with the Power in the reckoning for a top-four finish in the AFL.

Felix rides the card at Prairie

Only proper racing enthusiasts know of Jeffrey Felix and the Prairie racetrack in North Queensland. Well, Felix did the unthinkable on Saturday afternoon, when he rode the winner in each race at Prairie. None of the five winners opened as favourite in the betting, and the man didn’t even have a ride in the last race until jockey Keith Ballard needed to be relieved of his duties. It was the crowning achievement in Felix’s career to date, and despite the performances of Behemoth in South Australia, Tiger Of Malay at Kembla Grange and Ingratiating at Caulfield, perhaps this was the biggest success in Australian racing on Saturday.