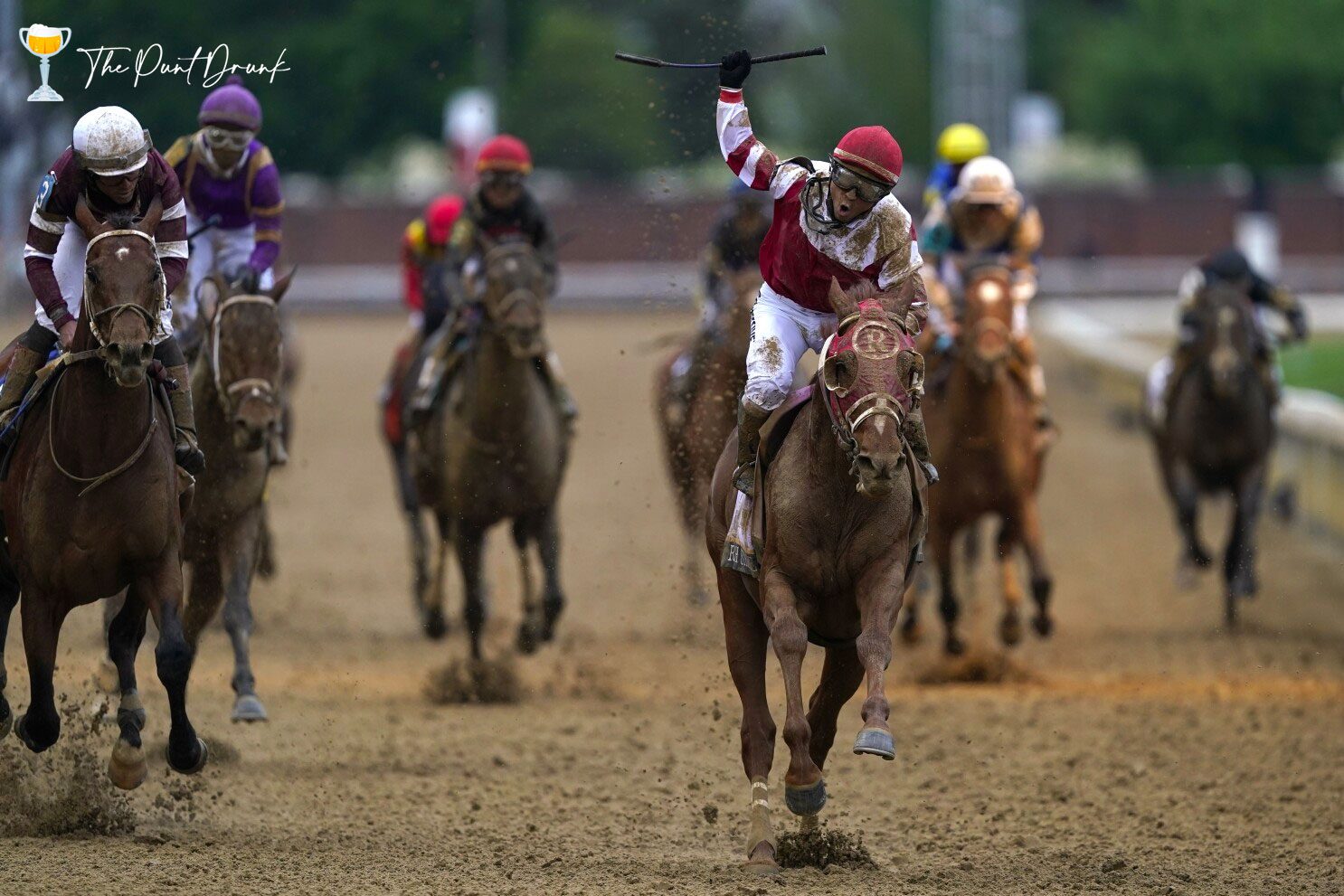 On this Monday’s edition of Punt Drunk, we look at ‘The Great Game’. It is a term we often mutter tongue-in-cheek after a tough weekend on the punt where a few results didn’t go our way, but lately it has become synonymous with all sorts of racing-related misfortune – both on and off the track.

After a very wet Sydney autumn, feature racing heads north to the Sunshine State for the next month or so, but so too has the rain – just in time for the first Group 1 of the Brisbane Winter Carnival. Over in the USA, a rank outsider lobbed in one of the most famous races of all.

It doesn’t have the same ring to it as the Doomben 10,000, but the Eagle Farm 10,000 could be a reality. With a bucketload of rain forecast for Brisbane over the next few days, we are either looking at Group 1 racing on a bottomless deck at Doomben come Saturday, or it could be transferred across Nudgee Road to Eagle Farm.

What’s the difference? They’re only across the road, after all.

Well, one is a highway, and the other is a swamp. Eagle Farm has improved drastically since its summer renovation, but the truth is, the course is still hard and it drains brilliantly, so with all of this rain around, the surface would be ideal for racing on Saturday if push comes to shove.

Just as we all thought the time for betting on bottomless tracks was over… The Great Game, eh?

Half of the rain would certainly impact Doomben for 10,000 day.

Did anyone have this?

One of the world’s best-known races was run and won on Sunday morning – the Kentucky Derby. There were millions of eyes worldwide on the famous race, but if anyone actually collected on it, it would be a miracle!

Rich Strike, the $301 outsider of the field, won like you’d expect Secretariat would have if he missed the start by 20 lengths. While Rich Strike didn’t bundle the start, he settled down worse than midfield, weaving his way through the pack to get up on the inside and win in the final 100m. The ground that this horse made up late was phenomenal, with some US racing pundits saying that the win was the most outrageous and shocking victory in Kentucky Derby history.

All that can really be said is, “The Great Game”.

Rockhampton jockey Ashley Butler certainly felt the highs and lows of racing on Saturday. The popular hoop steered home Emerald Kingdom to victory in the inaugural running of The Archer on Saturday afternoon, enjoying the win of his career – and his last for some time.

Obviously, Butler celebrated the $440,000 victory with a few drinks on Saturday night, but it spelt trouble as he was randomly attacked in a nightclub bathroom. Butler had his jaw broken in five places, seeing him sidelined for a few weeks as he recovers from the nasty incident.

Jockey Ash Butler now won’t be flown to Brisbane Hospital from Rockhampton until tomorrow after being struck at a nightspot last night. He’ll have surgery on his jaw that is broken in 5 places. pic.twitter.com/TbmFcgORV3