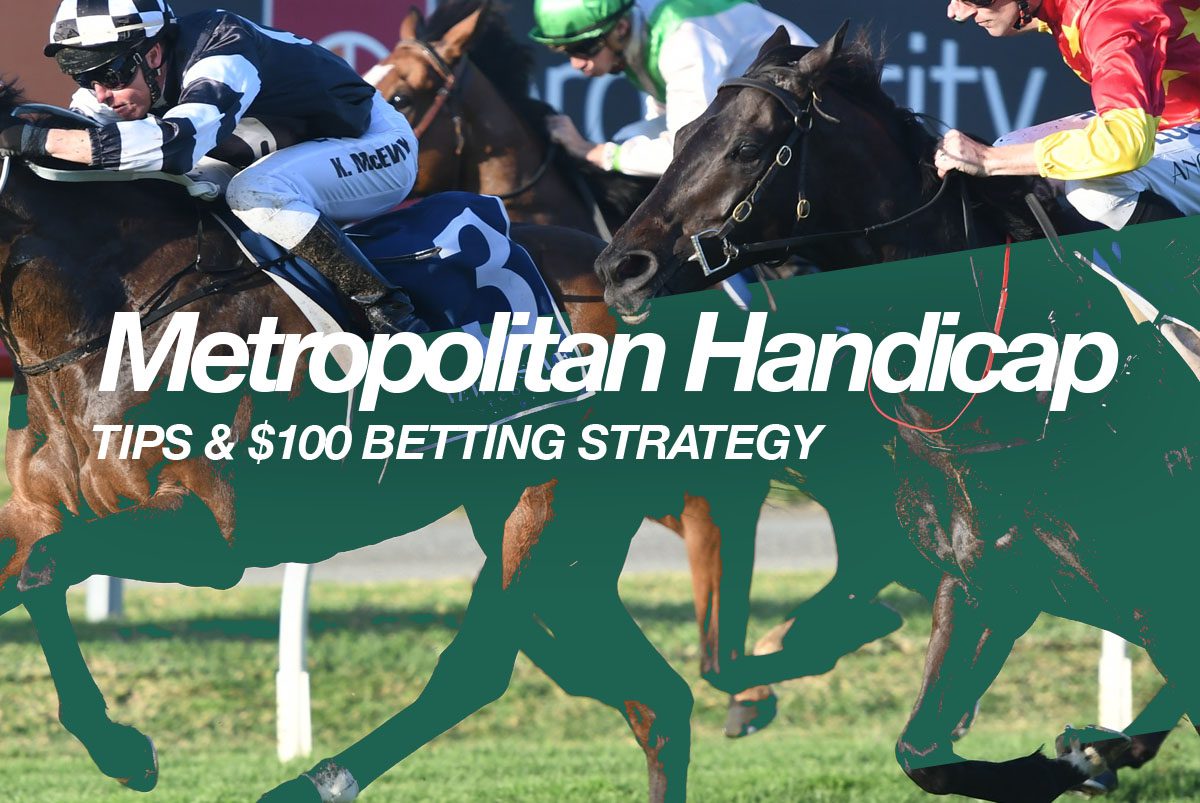 HorseBetting’s Sydney form analyst brings you his best bets and $100 strategy for the Group 1 Metropolitan Handicap (2400m) at Royal Randwick on Saturday, October 3. Montefilia is the $5 favourite, while She’s Ideel sits on her tail as a $6 second elect. The capacity field of 18 is expected to feature a decent amount of speed, with Le Don De Vie the likely leader after drawing the outside barrier, while Hush Writer, Entente and Spirit Ridge will also race prominently.

Warning does not win out of turn, but the 2019 Victoria Derby winner broke an 18-month drought just three starts ago at Doomben in the Group 3 Chairman’s Handicap on a Soft 7 and has since run reasonably well behind Zaaki and Floating Artist. The five-year-old son of Declaration Of War has only won three of his 22 career starts, but two of those were on rain-affected going, so provided the forecast for Sydney isn’t lying to us, he should get the conditions to suit on Saturday. Trained by Anthony & Sam Freedman out of Flemington, Warning hit the line very nicely first-up over 1700m on his home track to run 10th with 61kg on his back and should now relish the rise in trip to 2400m and significant drop in weight to 56kg. Drawn in barrier 12, he will get back in the run under Regan Bayliss and should be hitting the line strongly again, hopefully over the top of tiring leaders. At $26, we are happy to be with the big chestnut on an each-way basis in his quest to get back into the Group 1 winner’s circle.

It was hard not to be impressed by what Montefilia did late in the Kingston Town Stakes a fortnight ago, chasing hard into second behind She’s Ideel in what was the worst part of the track, and she now meets that mare 3kg better at the weights. The four-year-old tasted Group 1 success on this day last year in the Flight Stakes, seven days before she won the Spring Champion Stakes in a campaign that ended on a bum note when she was a beaten favourite in the VRC Oaks a month later. The daughter of Kermadec has had one crack at 2400m since, looming to win the ATC Derby during the autumn when sent out as favourite, but she just peaked on her run a little bit with 100m to go, so there is a concern about whether she can actually stay the journey. David Payne, her trainer, is confident she will stay, as he has shown by nominating the mare in the Melbourne Cup, so he will be hoping a win on Saturday can boost her up the order of entry and secure a start in the race that stops a nation. Barrier 17 is a slight concern, but like Warning, she is likely to get back under Hugh Bowman and be running on strongly late. The wet track is another tick, making her the deserving favourite and the clear horse to beat.

Entente will be lining up in his third start in the space of 14 days, but based off the way he won the Colin Stephen Quality at Rosehill on Saturday, the horse is loving his racing. Gai Waterhouse and Adrian Bott are absolutely flying at the minute, winning the Golden Rose Stakes last weekend with In The Congo, as well as tasting success at Sandown. Drawn perfectly in barrier four with only 52.5kg on his back, Entente is going to land in the box seat under Tim Clark, which will give Warning and Montefilia something to really chase down in the straight. The 2400m was always a query with the son of Dundeel, but he squashed those thoughts on Saturday when winning his race by a comprehensive 1.66 lengths. He needs to take the step up to Group 1 level, but he is in the right hands, has drawn perfectly, is well weighted and in the form of his life, so we see no reason why he can’t get it done. It is worth noting also that he has been the best-backed runner since the barrier draw on Tuesday morning, firming from $13 into $9.50.

Best bets for The Metropolitan 2021