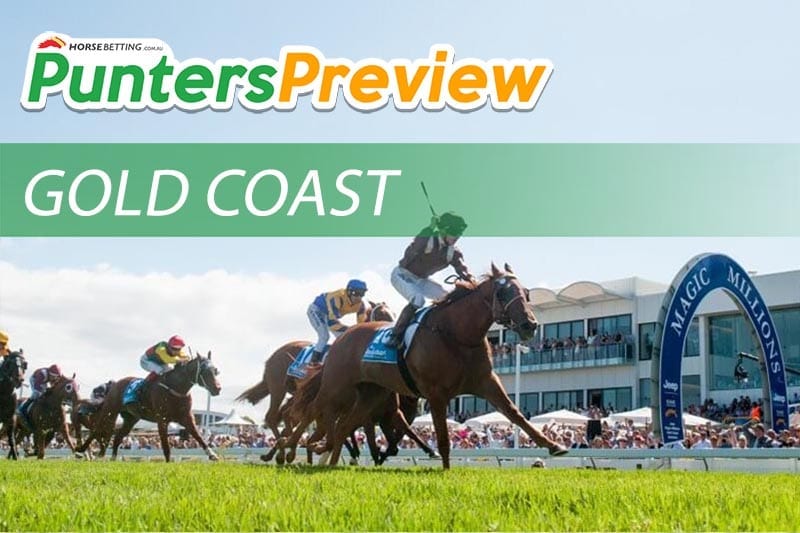 A cracking nine race card kicks off the Magic Millions Carnival at Aquis Park on the Gold Coast. The track is rated a Good 4, and the rail is in the true position to make for a perfect day’s racing. The first of nine races will begin at 12:23pm.

Leon & Troy Corstens have sent north their classy sprinter, The Astrologist in what looks a winning move. The four-year-old son of Zoustar comes off a win at Pakenham a month ago where he beat Wild Vixen in a tight go. He hasn’t missed the place in his last nine starts, which includes four wins, so we bet with confidence that he’ll put in a big performance. Craig Williams has made the trip up to ride the gelding, so he no doubt will be thrilled with the inside alley. He’ll settle just off the speed and will need the breaks in the straight, but he should be a touch too good for these.

Brian Wakefield’s talented gelding Roman Aureus looks ready to fire third up into his campaign on Saturday after being scratched from a winnable race at Doomben on Thursday. After not missing the place in seven starts last campaign, he was earmarked as a budding star, but failed first-up when favourite over 1200m. Last start, he put in a much improved showing, chasing the in-form Stampe home over 1400m at Eagle Farm. The four-year-old gets in here with just 56kg under Larry Cassidy, who knows the horse well. He is one from one at the Gold Coast, and loves the 1400m (6:3-1-1). Drawn barrier 12, he’ll settle midfield and be flying home over the top of them late.

Les Ross and Michael Rodd combine in the opener with three-year-old filly Mishani Miss. The Denman filly has won five from 12, including back-to-back wins leading into this. She does have to carry the top weight of 60kg and is only a tiny filly, so that is some concern, but winning form is good form, and she is certainly loving her racing. From barrier 3, she should get the perfect run in transit on the back of what looks a hot pace. At the price, she is well worth an each way play.