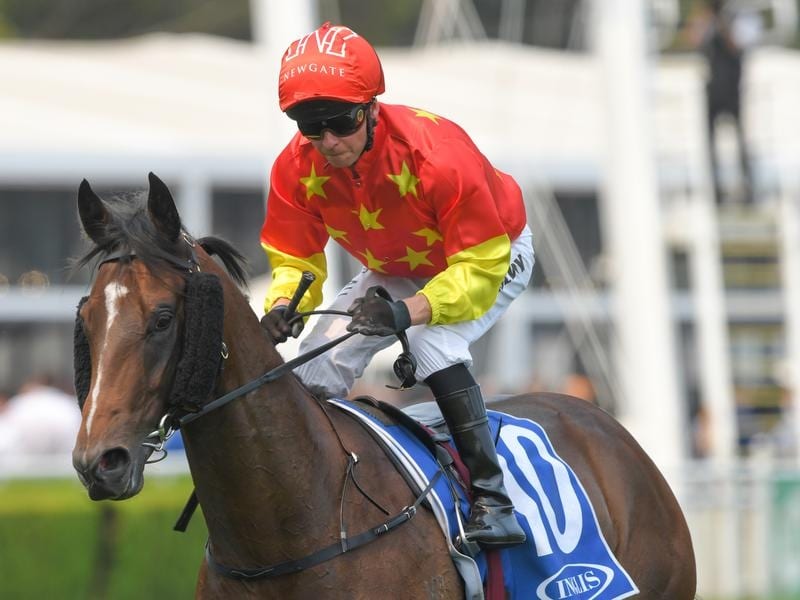 The other 3YO feature on Derby Day is for the sprinters down the Flemington straight in the 1200m Group 1 Coolmore Stud Stakes. The race has produced some serious sprinters and well-known sires, including Headway, Sepoy, Zoustar and Brazen Beau. Chris Waller’s filly September Run will start favourite ahead of Golden Slipper winner Farnan, who will likely set the tempo along with Wild Ruler, Holyfield and Anders.

The Golden Slipper winner looked to have a big prep in store after a ripping trial early in the spring, before he was given an interest ride in the Run To The Rose at his last outing. Down the straight should suit him, as he will be able to run his own race out in front, but after a few injury concerns, we don’t want to dive into the $6 in this.

We weren’t fully sold on this horse early in his career, but he has come out as a totally different beast this time in and put together two dominant wins in Sydney. James McDonald stays aboard, which is a huge plus, and barrier 14 will allow him to race in what is usually the better part of the straight. He was rumoured to be given an Everest slot two weeks ago, so if the hype was right about him, he’s the one to beat here.

If we said six months ago that Mamaragan would be $101 in this race, nobody would believe us after he placed in the Golden Slipper at just his second race start. This prep has been lacklustre, however, and he could only manage a second-last placing in the Caulfield Guineas three weeks ago. Back to 1200m might suit, but he can win without us.

Glenfiddich was the favourite in the Caulfield Guineas before being scratched due to a breathing problem which is said to be fixed now after a successful surgery. He does look to be a better horse over a mile and beyond and shapes to be the perfect Australian Guineas horse in March, but the freshen up could do him the world of good. He’ll be suited by the tempo and will hit the line strongly.

Ranting has had this race marked out for a while now. After a terrific victory in the three-horse Blue Sapphire, he looks primed for this. From barrier eight, he’ll race midfield with cover and get every chance. He had a great third to Doubtland at this track and distance two runs back and should get a similar race-shape here. You can make a serious case each way for this colt.

Team Hawkes saddle up Doubtland, who comes off a third to Wild Ruler in the Roman Consul three weeks ago. His form certainly suggests he is one of the top chances, but he needs it wet. All three of his wins have come on rain-affected going, which he won’t get here.

Anders was electric when winning his first two runs this prep, beating Ole Kirk by 5L and Peltzer by 3.5L, before getting gunned down late when a $1.30 favourite against Hanseatic and Ranting in the Blue Sapphire. Down the straight he’ll be able to run his own race and burn the turf out in front, but we think he is a better 1100m horse.

Holyfield will be up in the lead bunch from barrier 13 under Jamie Kah, but he is dropping back to 1200m after a placing over a mile last start. He is unplaced at his only start at Flemington back early in his career, and he looks better suited at 1400m, especially against this lot.

Extra Time was a good winner in Adelaide last start, but he has struggled to measure up against a number of his rivals in earlier races this campaign. The $81 looks about right.

Our Playboy won the Vain Stakes impressively first up, beating Ranting over 1100m at Caulfield, but he was then poor at his next start when beaten 7L in the McNeil Stakes. He looks outclassed here first up, but he might be in for a nice prep as he steps out in trip.

After an injury setback in the Caulfield Guineas Prelude, the Shamus Award colt looks well in this race at a nice price. He resumed in terrific order first up in the McNeil Stakes, flashing late to just miss out to Immortal Love. If he can replicate that run, he will be right in this. Damien Oliver stays aboard and will be back in the run, just waiting to unleash in the straight. With clear running, he can win this.

Swats That has been impressive in winning her last two starts at The Valley and Caulfield respectively. Her first-up run was good when beaten less than a length by September Run, who starts favourite here. Both of her wins have come over 1200m this prep, so she will see the trip out no worries and looks a genuine chance.

Muntaseera finished second to Swats That last start after winning impressively at Caulfield the start prior. Early in the campaign it looked as though she would be more of an Oaks filly, but connections have made the astute move to keep her at the sprint distances for now. She’ll get a nice cart into it and be thereabouts at the business end.

Chris Waller and Craig Williams combine with the race favourite, who has put two good wins together since heading south to Melbourne. She beat Swats That first up and then was far too strong down the straight over Maha and Minhaaj four weeks ago over 1100m. Her only win over 1200m came back in May at Canterbury in maiden grade, and that’s our query. She can win, but we are happy to let her go around without us.

Wild Ruler looks to be the horse with the best form in the race, so he goes on top. Swats That has been brilliant over 1200m and appeals each way, while Ranting and Flying Award can be right in the finish at double-figure odds.