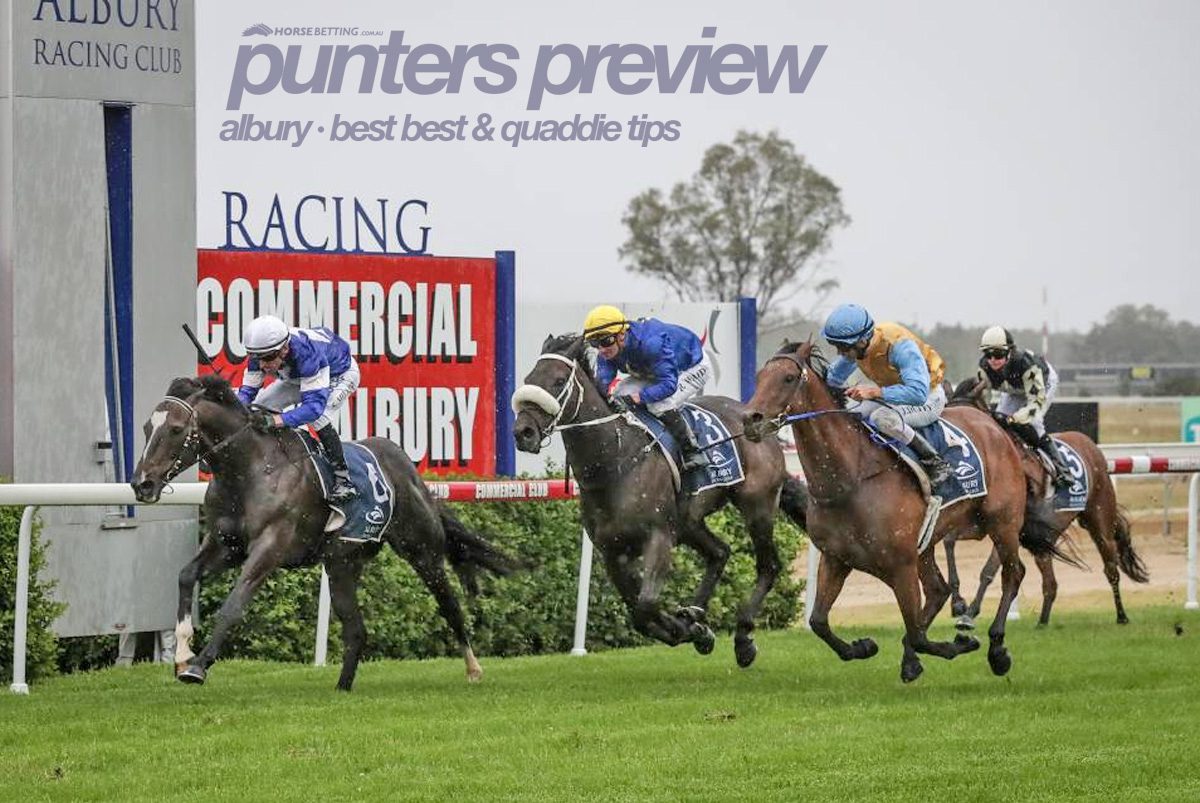 Albury is set to host an eight-race card on Friday, headlined by the Listed Albury Gold Cup. HorseBetting’s New South Wales form analyst brings you his best bet in the Cup, as well as his top tips and quaddie numbers for the program. The track is rated a Good 4 and the rail remains in the true position for the entire course, while the first race of the afternoon is scheduled to jump at 1pm AEDT.

Entente is coming out of the Group 1 Ranvet Stakes (2000m) at Rosehill Gardens on Saturday, and while he didn’t fire a shot in the small field, he was up against Montefilia and Verry Elleegant – two of the best 2000m horses on wet tracks in the country. The 2021 Albury Gold Cup winner does have to carry 4kg more than what he did when saluting here 12 months ago, but he is deserving of that weight rise given he has placed at Group 1 level since. The five-year-old son of Dundeel placed in the Metropolitan Handicap on a quick back up, so we like the fact that he will be six days between runs and going from a Group 1 on a Heavy 9 track back to Listed level on a Good 4. He will make his own luck from in front and take some serious getting past. Lee Magorrian can give Gai Waterhouse & Adrian Bott back-to-back Albury Cups.

Mitchell Beer is yet to allocate a jockey for three-year-old gelding Hardware Lane in a 1175m Benchmark 58 on Friday, but we are hoping he does because this galloper looks very hard to beat. The son of Scissor Kick has won just one of his five starts which came at this track and distance in September. Since that maiden victory, Hardware Lane ran sixth at Moonee Valley behind Minsk Moment and Port Louis, before going down as favourite at Wagga when first-up over 1065m on March 8. He should take plenty of benefit from that run, while he will appreciate getting on to his home track at Albury. He looks very well placed in this.

While $4.40 might not necessarily reek of value, we thought that this horse would start with a ‘3’ in front of its price, so the $4.40 on offer with most online bookmakers is in fact value for Kelvedon Road. The Todd Smart-trained three-year-old is lining up in the Benchmark 74 Albury Guineas over 1400m which comes on the back of running gamely in the Listed Canberra Guineas last time out behind some genuine group and listed horses. The son of Star Witness will find this race much easier, while staying at 1400m is going to be his go. From barrier seven, Billy Owen will likely get back on the gelding, but he has a brilliant finish on him which will see him finishing the race off the better. He can return to the winner’s circle here.