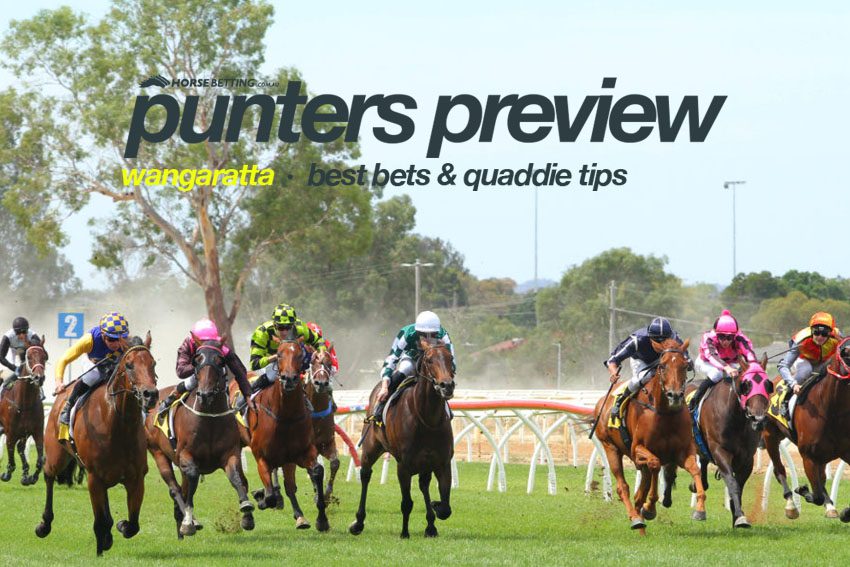 A bumper nine-race card is scheduled for Wangaratta on Thursday afternoon, and HorseBetting’s Victorian horse racing expert presents his best bets and free quaddie numbers for the meeting. The track is rated a Good 4, with the rail out 3m from the 1600m to the 1000m and then true for the remainder. Racing is set to commence at 1pm AEDT.

Phillip Stokes will be hoping Okay To Pay can return with a first-up win fresh from a 31-week spell. The Gingerbread Man mare managed to win two of her four runs to begin her career during the autumn, beating home the likes of Yosemite and Madame Bolli in the process. She was then thrown in the deep end by Stokes when chasing home the likes of Curran and Yulong Command. The four-year-old returns in a midweek BM64 at Wangaratta which looks to be a massive step down in grade, and with Sheridan Clarke’s 4kg claim getting the weight down to 56kg, the pair should have no issue in finding the front and dictating terms over the 1000m.

Having broken her maiden at the Wangaratta 1170m first-up from a spell on November 16, we expect the Ben Brisbourne-trained Grey Whisper to go on with the job here when she steps up to the 1300m. Having settled midfield with cover on that day, the Reliable Man mare managed to take the lead at the 200m mark and was strong through the line when winning by 1.75 lengths. She will need a touch of luck from barrier 12, but if Dean Holland can avoid getting trapped three wide, we expect her turn of foot to be the difference.

We were with the Ben Brisbourne-trained Bellarina Magic when she won at Benalla on October 25 two starts back, and we expect she can produce a similar effort here. Having finished third at the Wangaratta 1170m on November 16, she looks well placed in a bid to get back into the winner’s circle. Hannah Edgley sticks on board with her 3kg claim and from barrier two is certain to gain a suck run into the race. With a moderate tempo expected, the race will be set up for a horse with a sharp turn of foot, and that is what Bellarina Magic has. Look for her to settle on the heels of the leaders and then find the gap when it appears.