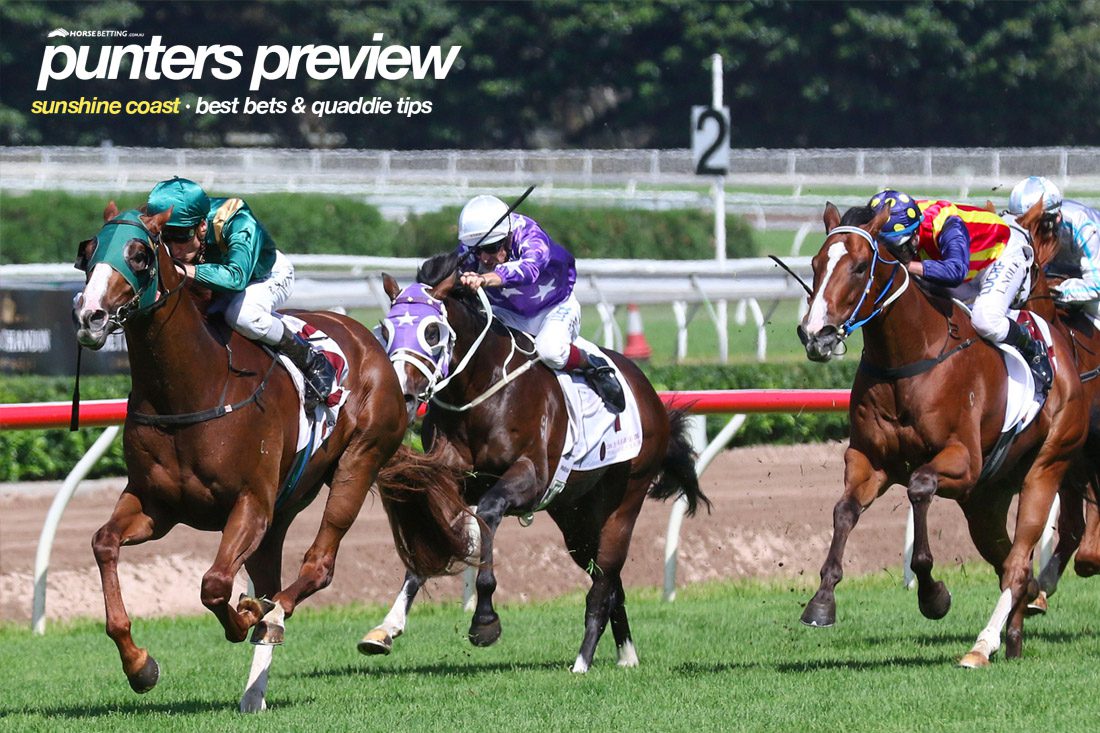 The Sunshine Coast is set to hold its third meeting in just five days when the local turf club hosts a seven-race metropolitan card on Wednesday. HorseBetting’s Queensland form analyst brings you his best bets and quaddie numbers for the day, with odds from the country’s top online bookmakers. The track is rated a Good 4, the rail is out 3m for the entire course, and the first race is set to jump at 1:38pm AEST.

In the third race of the day, the flying Steven O’Dea & Matthew Hoysted stable saddle up Rich Lister, who was an ultra-impressive winner at Doomben on February 5. The four-year-old sliced her way through the field in an 1110m Fillies & Mares No Metro Wins Handicap and raced away to win by 2.75 lengths under Jaden Lloyd. Lloyd rode three winners at this track on Saturday, so his retention of the ride on this daughter of Rich Enuff is a big advantage, while his 2kg allowance gets the weight down to just 53kg. Drawn in barrier five, Rich Lister will get a beautiful run in transit and should prove all too good over 1200m, where she has won three times in the past.

Matt Dunn and James Orman combine in the penultimate race with talented five-year-old Snazz ‘N’ Charm. The son of Snitzel made a promising start to his career before having one run in 25 months between November 2019 and December 2021. The gelding returned from the long break at Ipswich in December with a solid fifth before finishing in the placings at his next two starts. At Doomben on January 15, the galloper closed off stylishly from a long way back to run third behind Zoukina and Befana, with both of those runners going on to frank the form. He was only narrowly beaten on February 9 over 1350m at Ipswich, going down in a photo to the Group-performed The Cullinan. This horse finds himself back into Class 1 company for the first time ever, while the 1400m should be to his liking. Orman will have his work cut out from barrier 10 early on, but he can utilise the big straight at Caloundra to wind up and run down the leaders. This looks a nice race for him.

James Orman can finish the day strongly with a couple of nice rides in the last few races. In the second leg of the quaddie, Orman partners the Kelly Schweida-trained Vitesse Francais. This son of So You Think strung a number of wins together in the late winter last year, winning back-to-back races at Doomben over 1600m. Since resuming in January, he has faced some pretty handy fields, finishing seventh to Capri Of Tuffy at Ipswich and then running eighth to Safework at Doomben over 1350m on February 5. The Safework race has proved to be a good form reference; Palladas put his rivals to the sword at his subsequent start, while General Wolffe also ran very well at his next go. Now third-up and out to 1600m for the first time this preparation, Vitesse Francais should be able to find his way back into the winner’s circle.