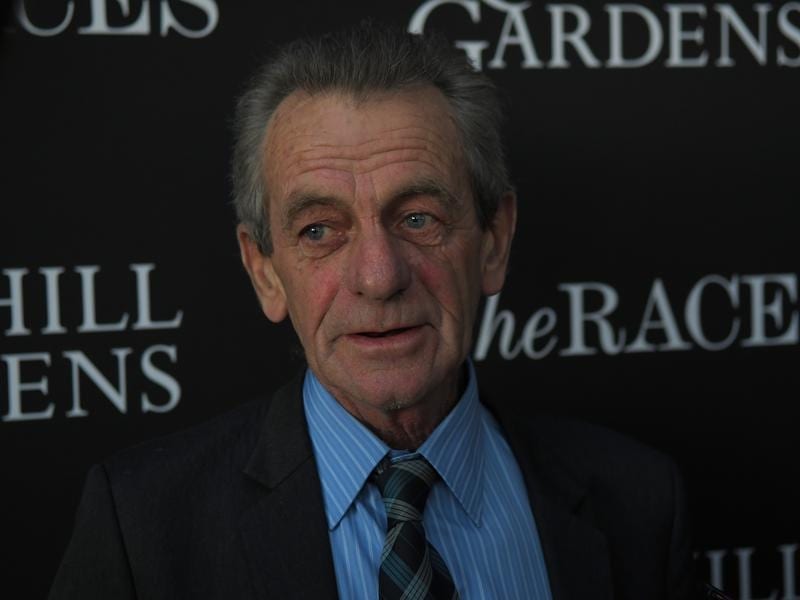 Trainer Gerald Ryan is looking forward to the race debut of Cardiff after his two winning trials.

If Cardiff can take his barrier trial form to Rosehill, trainer Gerald Ryan believes he can emerge as a genuine contender for two-year-old features this season.

The colt, who has won both his trials in impressive fashion over the past few weeks, makes his race debut in Saturday’s $150,000 Golden Gift (1100m).

“He shows a lot of ability and if he can transfer his trackwork and trial form to the race he should be among the hardest to beat,” Ryan said.

“He’s a nice horse and whether he’s good enough, we’ll find out on Saturday.”

The Gary Portelli-trained Spaceboy, a six-length winner of his only trial, will be among his opponents while Peter and Paul Snowden will rely on Jonah with stablemate Smart Consort suffering a minor setback.

Cardiff is owned by Aquis Farm with the operation’s retained rider Michael Walker to come to Sydney from Melbourne to take the mount.

“Michael rode him in his latest trial and he will also be aboard Problem Solver for Aquis if she runs in Sydney,” Ryan said.

“We’ve also got her entered for Doomben so we will look at the fields and barrier draws on Wednesday.

“She is being set for the mares race at the Magic Millions in January at the Gold Coast.”

Ryan will also saddle up Destiny’s Own in the Benchmark 78 (1500m) a race that will be divided by acceptance time on Wednesday.

A benchmark 76 for three-year-olds over the same distance was also originally programmed but amalgamated with the race including older horses when five entries were received.

Ryan had Coterie entered for the three-year-old event but withdrew him when the races were controversially merged on Monday.

“He will run next week at Warwick Farm,” Ryan said.

“He can run in a benchmark 70 there against older horses rather than the benchmark 78.

“I don’t know why they didn’t leave the three-year-old race open until Tuesday morning.”