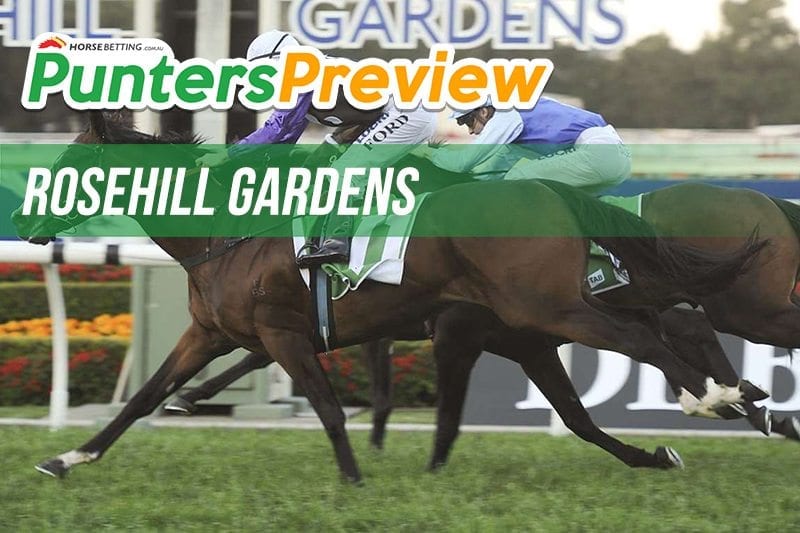 ROSEHILL returns this Saturday and the day is full of quality gallops action.

The Listed Carrington Stakes (1400m) is the headline event of the day, but there’s plenty of great racing everywhere you look, so let’s dive straight into our tips.

Looking for a new bookmaker ahead of Rosehill’s card?

Outrageous has trialed well leading into this and looks a great candidate in a tricky field. A number of these runners have never raced competitively, something Outrageous has done. Look for a much-improved horse this time around.

No ifs, ands or buts, Siege Of Quebec is winning this race. The horse has a distinct class advantage on this field and has trialed beautifully leading into it. Siege Of Quebec will not be losing.

Prometheus is chasing a hat-trick and looks well placed to get it. The horse has placed third-up previously in the past and is carrying a tiny 53kg. Will be hard to hold out.

We’re going for a long-shot here. The Lion won well at Gunnedah last time out and actually has a quality record of two wins and two placings from nine starts. Racing for the first time in Sydney but we’re not counting the roughie out here.

Fanning should be able to surf to the front from barrier six and win this race from the head of the field. The horse has been ultra-consistent over this preparation, and it’s last-start win at Gosford at Class 4 level was impressive.

Moss Trip is a last-start winner that comes in at a minuscule weight, which means we cannot overlook it. The promising type has placed second-up in the past and from barrier two it should get a great cart into the race. Back Moss Trip in to go back-to-back.

Lanciato is a promising type that is quickly progressing through the grades. This represents a big challenge but we think it is up to it. The horse has been given a slight freshen up coming into it and will be extremely hard to beat.

Emperor’s Way is flying this preparation and looms as a winning hope once again. The horse has good enough get speed to overcome barrier eight and given its significant upside it should be recording a win here.

Satirical Magic is looking to complete a fourth-straight win and it has the ability to do so here. The horse won last-start at this grading so the class will not be an issue.