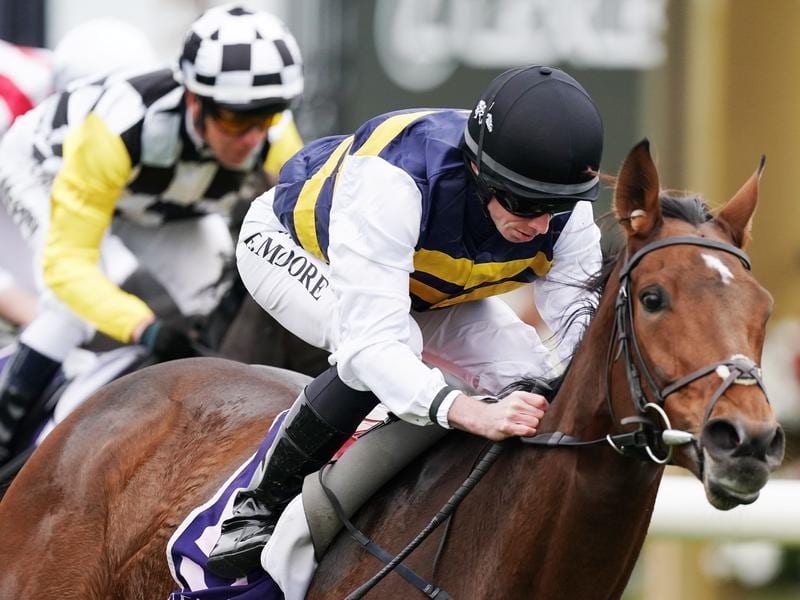 The Group 3 Queen Elizabeth Stakes is the featured staying event on a nine-race card at Flemington on VRC Stakes Day. A field of 11 will go around after the scratching of Future Score, with Pondus set to start as favourite after an impressive first-up run in the Bendigo Cup. The VRC Queen Elizabeth Stakes will jump at 2:55pm AEDT.

The British import for Anthony Freedman looks to be the leader in the Queen Elizabeth Stakes. His first-up run in the Geelong Cup was massive considering he met plenty of rock-hard fit local runners. If he can take benefit from that run, then he’ll be in this race all the way from barrier to box. His last start in the UK was a dominant win over 2300m at Windsor, so the trip will not be the issue – it’s just whether he can match motors with some of his rivals.

Joseph O’Brien’s gelding looked to have been a good thing in the Bendigo Cup, but he went down by a head after sustaining a huge run from the back of the field. He was crunched in the betting late for that race and went around favourite, and it was easy to see why. If he can settle a little closer to the speed this time, Damien Oliver will be able to push the button and get him home. This guy looks to have a touch of class on his side.

Chris Waller’s 5YO gelding will be looking to get into the winner’s stall at Flemington for a second time on Saturday as he looks to build on a last-start second in the Moonee Valley Gold Cup. He burst onto the scene on Melbourne Cup Day last year, taking out the 2800m race on that day and showing his potential on the biggest stage. It’s been frustrating for connections since then, and they will be hoping he can get back to his best in the Queen Elizabeth Stakes.

The winner of the Herbert Power Stakes two starts ago was far from disgraced in the Caulfield Cup, where he finished midfield after putting a big run that started earlier than planned. He was beaten by just over four lengths in what was his toughest task to date. He goes up 7.5kg from his last start but drops back to Group 3 level and returns to Flemington, where he has been successful in the past. He and Daniel Stackhouse have formed a strong bond, and he’s definitely one to throw into exotics.

Despite finishing third in the Bendigo Cup, Haky was easily overtaken by the market favourite in the Queen Elizabeth Stakes betting. It’s hard to make a case for him, as he has been competing at this level for some time and is yet to make too big of an impact. He won over this track and distance back in the autumn, but we’d be looking elsewhere in this race.

Willie Mullins’ 8YO mare took this race out last year when second up and will look to defend her title after a below-par performance in the Caulfield Cup, where she settled up on speed but dropped out quickly once the pace was put into the race. She’s only missed the quinella once in seven attempts when second up, with four wins, but she’s a galloper who would prefer the sting out of the ground. Her class alone means she isn’t one to take lightly, but the form is poor.

Since arriving at the Matt Cumani stable, Credence has put together three wins from seven runs and was competitive in the Bart Cummings and Geelong Cup. The in-form Michael Poy retains the ride after steering his first Melbourne Cup Carnival win on Thursday, but this looks a step too far for a 6YO gelding who is deep into his campaign.

The second Archie Alexander runner in the Queen Elizabeth Stakes might be one of the most intriguing horses in Victoria. He hasn’t won in over a year and a half, but he always manages to run on impressively and remain relevant. He’s won over 2600m before and has done the job in the past at Flemington. Unfortunately, he runs into a couple of handy gallopers here and we’re looking towards others.

Matthew Smith’s 6YO gelding was beaten under a length and a half in the ATC St Leger when settling behind the leaders and chasing hard the entire straight. For his first trip to Melbourne, he gets in well at the weights with 55.5 kg and has Melbourne Cup winner Jye McNeil on board to help his cause. He showed last start that he can stay the distance, and if he can handle the wide barrier, he looks to be one of the better value plays in the race.

Drawn to get a good run in transit from barrier one for the Hawkes team, this 5YO mare is hard to get a read on after just plugging away in similar races up in Sydney. She runs into a tougher field here and will go around as one of the outsiders in the field. It’s been close to two years since her last win, so she’s hard to entertain here.

Graeme Begg has kept this girl in work throughout the winter, and she has been one of the more consistent midweek performers throughout that period. She recently chased home the in-form West Wind, finishing third behind Matriarch Stakes contender Affair To Remember. This is arguably the hardest test in her career so far, and despite the good form throughout the winter, she looks to be outclassed here.