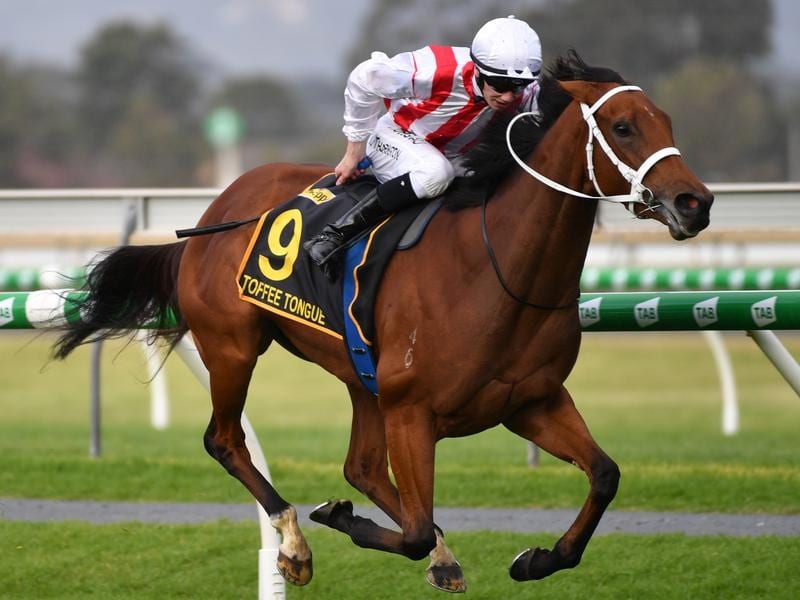 The Group 2 Matriarch Stakes is one of the feature events on Saturday afternoon at Flemington on VRC Stakes Day, where 14 mares are set to compete over 2000m for the $300,000 purse. The 2020 Matriarch Stakes field will face the starter at 4:15pm AEDT.

Despite only winning once in a 13-start career, Toffee Tongue saw plenty of support heading her way in the lead up to her Caulfield Cup run. It was a nightmare watch for punters who were on her, as she got battered from pillar to post and was never in it. Prior to that, she was an eye-catching run along the rails in the Turnbull Stakes and went down a nose to Verry Elleegant, who then came out and won the Caulfield Cup. There’s nothing wrong with the way she’s travelling, and she looks the one to beat.

Vanna Girl dropped back to the mile in the Empire Rose Stakes last Saturday and only got warm over the concluding stages to go down two lengths to Shout The Bar. She’s on the quick backup and will appreciate getting back out to 2000m, as she had two starts ago when running third in the Craven Plate up at Randwick. She is ideally drawn and gets the in-form Hugh Bowman on board.

It was a complete forgive run at The Valley a fortnight ago when Greysful Glamour went around on a Soft 7, which clearly doesn’t suit her. She gets back to a dry track, where all of her career wins have been. She maps to be the leader of the race from barrier one and gets Luke Currie on board for the first time in her career. She shouldn’t have to work too hard to find the leader and looks to be the best value bet in the race.

Having chased home the likes of Pretty Brazen, Sierra Sue and Sovereign Award in her last three starts, the Maher & Eustace filly will look to get her first win on the board since taking out The Vanity back in February. In the Tesio Stakes in her last start, she settled in the back half of the field but worked home nicely. This is one to throw into the exotics on Saturday.

Danny O’Brien’s 4YO mare has been racing in consistent fashion and chased home the in-form Sovereign Award in a fast-run race in the Tesio Stakes and also in the Ladies Day Vase at Caulfield the start prior. Paradee hasn’t been beaten over a length in any of her three starts this campaign, yet she hasn’t featured in the top two. If we are happy to put Bonvicini in exotics, then Paradee has to be included too given she kept that horse at bay in the Tesio Stakes.

The winner of the Heatherlie earlier in the spring wasn’t beaten far in her recent efforts in the Naturalism and Herbert Power Stakes at Caulfield, where she was only run down late over 2400m. She maps to be up on speed with Greysful Glamour and will appreciate dropping back to the 2000m here.

The Ellerton & Zahra-trained Aristia is yet to taste success since taking out the VRC Oaks back in 2018. She was well beaten in the Cranbourne Cup last time out and looks to be facing another uphill battle here. Despite getting the blinkers on for the first time, this looks too hard of a task at this stage of her career.

It’s been a long time between drinks for the former Kiwi galloper – almost as long as for Aristia, in fact. She was beaten by over four lengths in the Tesio Stakes and is another who looks to be in the ‘also ran’ category. With Glen Boss on board for the first time, she maps to be one of the backmarkers throughout the race.

Bjorn Baker sends his in-form 5YO down to Flemington for the first time in her career after a close second in the Rosehill Gold Cup last Saturday. She is yet to run outside of the quinella over 2000m, and if she can handle the Victorian way of running, there’s no reason why she can’t be up there in the finish. The wide barrier means she will give the leaders a head start as she drops back to the rear, but she’s rock-hard fit and could be hard to hold out if the tempo is genuine.

Matt Cumani’s 6YO was sent around as favourite in the opening race on Manikato Stakes Night and was beaten a neck after settling three lengths off the speed on a track where it was beneficial to be up on speed. Despite that big run, this looks too tough of a challenge for a horse that hasn’t won in over two years.

This one had excuses last time out in the aforementioned West Wind race at The Valley, copping some interference at a crucial time, but she balanced up heading into the straight and cut back the margin to the leader quickly. Michael Poy retains the ride and has won twice from four starts on Affair To Remember, who has had success at Flemington in the past.

The lightly raced 4YO for Archie Alexander loomed as the winner at the 200m mark in the Empire Rose but end up in fourth, less than a length behind the winner. She’s on the quick seven-day backup and has won at Flemington twice from three attempts. She looks to be a progressive type and will be there or thereabouts when the whips get cracking, with the slight query being if she can run out a strong mile and a quarter.

It’s hard to get too excited with this former Kiwi galloper, who struggled in her Australian debut. She drops down in the weights for this, while Michael Walker retains the ride. However, if you finish almost 10 lengths off the winner in the Sale Cup, it is hard to see how you will measure up in the concluding stages in the Matriarch Stakes.

She settled up on speed at The Valley last time out in the West Wind race but weakened out to be beaten by nearly 3.5 lengths. Michael Dee retains the ride and has had success aboard the Mike Moroney mare, but in her first go at Group 2 level, we are looking elsewhere.