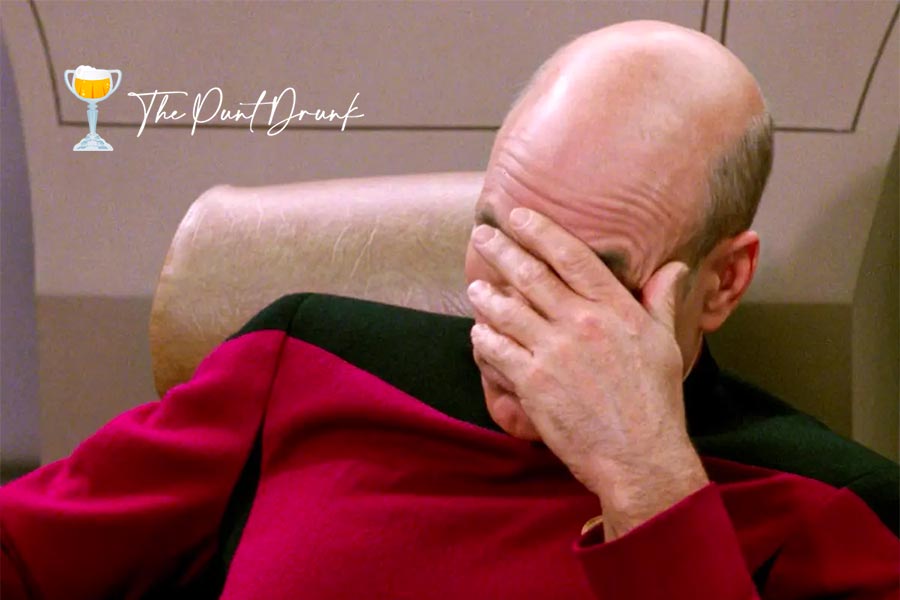 Get out the black and white suit and tie and the black and white fascinator, it’s Derby Day on Saturday – or, as we punters know it, Christmas. Four Group 1 races will be run and won at Flemington, while the $7.5 million Golden Eagle is set to go around at Rosehill Gardens. This Friday’s edition of Punt Drunk dives into the week that was in horse racing around the nation, which saw one horse emulate Chautauqua and a bloody important planeload of CT Scanners arrive, while we also ask the age-old question: Was Peter V’Landys’ spring mission a hit or a miss?

WHERE HAVE WE SEEN THIS BEFORE?

On Wednesday, a handful of runners contested the Group 3 Bendigo Cup in their bid to secure a position in Tuesday’s Melbourne Cup. While the likes of Tooradin, Constantinople and Mosh Music needed a win to elevate their position in the Order of Entry, Phillip Stokes’ runner Amade just needed to run a drum. Second, third – either would have done. Unfortunately for connections, their seven-year-old had other ideas. The red light flashed on top of the starting gates, the starter let them go and Amade stood there, missing the start by 15 lengths. While a mammoth effort saw the gelding end up running fifth, beaten 3.5 lengths, it wasn’t enough to secure a Cup berth. The antics triggered flashbacks for many punters of a certain ‘grey flash’ who decided his time was up by infamously refusing to jump. The eventual winner of the Bendigo Cup, Wentwood, will now head to the Ballarat Cup.

Amade was extremely slow out of the barriers today… pic.twitter.com/xyINbxIkUZ

Generally at this time of year we are talking about the international horses flying in to race in the Melbourne Cup, but all eyes have been in the sky over the past few days as an important shipment of CT scanner parts arrived from the US. Strict protocols were put in place for this year’s Spring Carnival which required all Melbourne Cup participants to be checked regularly, with this particular machine introduced in 2019 to detect and reduce limb injuries in horses. Of course, less than a week out from the Cup, the bloody thing breaks. It was a race against the clock to get the parts into Australia so that the remaining horses could be checked out prior to next Tuesday. With the parts having arrived on Wednesday, three horses then came under an injury cloud on Thursday, with Delphi, The Chosen One and Spanish Mission now all in some doubt for the race that stops a nation. The three horses will be re-examined in the coming days, with the deadline being Saturday evening prior to final acceptances. There is nothing quite like some Cup Week drama.

Update from @RacingVictoria following day one of their Melbourne Cup inspections. pic.twitter.com/Ra2UzHB0VB

The discussion over whether or not Racing NSW Chief Executive Peter V’landys has attempted to hijack Victoria’s Spring Carnival will be thrown around for years to come, but given the introduction of The Invitation to this year’s calendar in Sydney, we have to wonder whether or not his attempt has come off. There is not a doubt in our minds that The Everest is quickly scaling heights only previously achieved by the Melbourne Cup, and the wagering statistics and figures back that up, but was it ‘Everest Day’ or ‘Caulfield Cup Day’? Incentivise’s heroics in the 2021 Caulfield Cup kept the limelight on Victoria as the humble home-bred made it nine straight victories with his win in the 2400m feature. A week later, The Invitation was run for the first time at Randwick, and while that was happening, punters were fixated on the stewards room at Moonee Valley as the Cox Plate protest hearing was being conducted. Now, this Saturday, the third running of the Golden Eagle has been once again overshadowed by a stacked Derby Day card at Flemington. While the Melbourne Cup field won’t be as strong this year as we are used to, we think it is fair to say that the spring still belongs to Victoria. Stay in your lane, Mr V’landys!

"We always thought we would compliment Derby Day. We're not taking on Derby Day as most people think." – Peter V'landys pic.twitter.com/fvfdX4sSDG