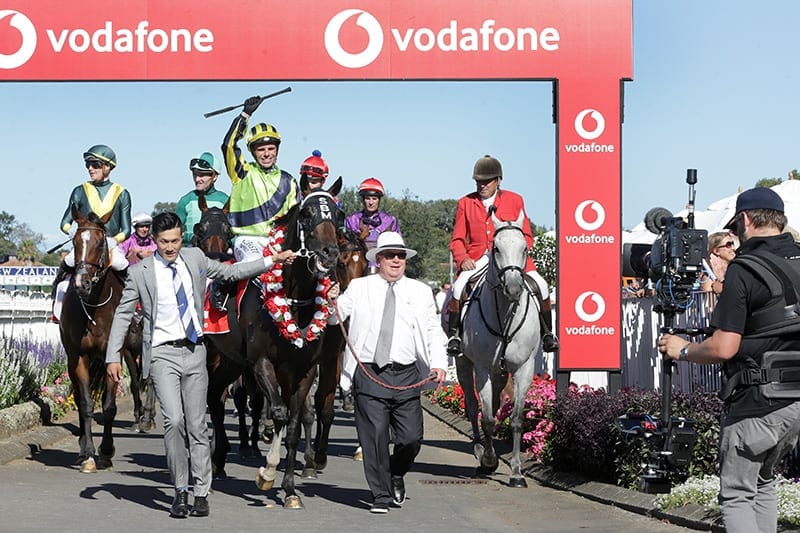 Marsh is pleased with how his duo have settled in and the Cambridge horseman is upbeat about their chances.

“They both travelled over really well, they got here last Saturday,” Marsh said.

“They had a nice gallop on Tuesday and basically ran up the straight on Thursday morning. They’re in great order. I couldn’t fault them.”

While Vernanme was always earmarked for the race, Marsh had initially thought about using the Gr.2 Tulloch Stakes (2000m) at Randwick next week as Crown Prosecutor’s stepping stone for the Gr.1 Australian Derby (2400m) on April 6.

“With the rain around we thought the Guineas might come up a bit weaker and it certainly opens the race up,” Marsh said.

“The likes of The Autumn Sun and a few others are stepping up to 2000m for the first time whereas we are hard fit. We have just gone from 2400m back to 2000m so I think we have got a few things in our favour.

“It is certainly great to have James McDonald on, we didn’t have a rider until the acceptances and we are lucky enough that his horse didn’t pay up. We have ended up with the best and gate 13 won’t be a problem.”

“Nothing went right in the Derby, he never really got into a rhythm,” Marsh said.

“I think it’s just a race to forget, but his runs previous to that were outstanding. Probably the question mark with him is the track, we don’t really know if he is going to cop it to this extent (heavy8 on Friday morning) but he is very well in himself.

“He has Opie (Bosson) on and has drawn nicely and the track should still be playing fair by race four, so he is going to get a gun run in behind the speed and being a 13-horse field he is not going to get too far back.”

With a large Kiwi contingent in the field, Marsh is confident he and his compatriots can take it up to Chris Waller’s boom colt The Autumn Sun.

“Half the field are Kiwis so it would be nice to get a Kiwi result, especially a Cambridge one,” Marsh said.

“I think the Kiwi horses are all good chances, they are all going well and it is good seeing a strong Kiwi contingent over here trying to get some of this Australian money.”