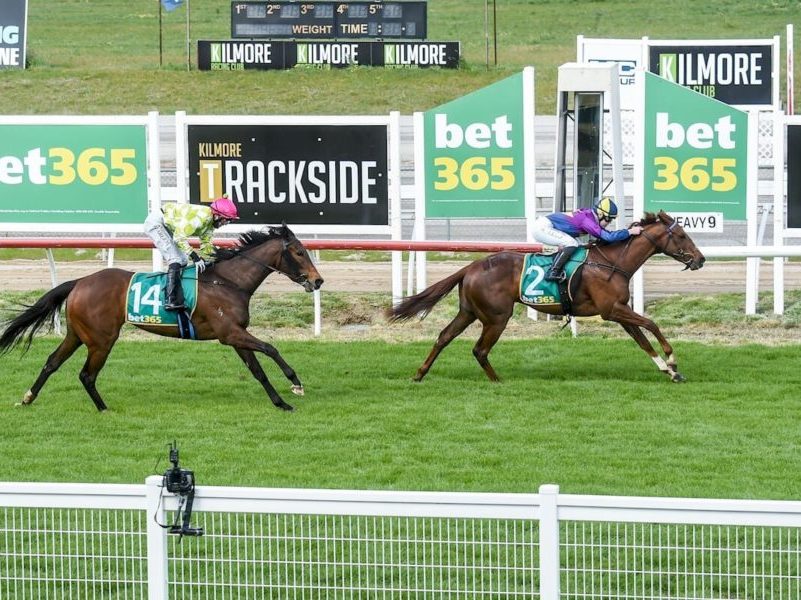 HorseBetting’s Victorian form analyst presents his best bets and quaddie numbers for the nine-race card at Kilmore on Tuesday afternoon. The track is rated a Good 4, the rail will be in the true position for the entire circuit, and the meeting is set to get underway at 12:50pm AEST.

Our best bet of the day comes up in the opening leg of the quaddie when the Ciaron Maher & David Eustace-trained Mystique Falcon steps out over 2000m. The four-year-old Pride Of Dubai mare was a tough winner on the Pakenham synthetic on September 7, and we expect she will be hard to beat once more. Having been headed over the final furlong, she kicked back under riding from Josh Richards to get up on the line. With Richards retaining the ride and claiming 1.5kg, she goes around with 62kg and gets back on rain-affected going, the only going where she has tasted success on turf. She will roll forward from barrier four and should be too hard to run down.

Next Best Bet at Kilmore: Brownie

In the second leg of the quaddie, we’re hoping the Maher & Eustace-trained Brownie can build on her maiden victory over 1100m at Echuca on September 4. The four-year-old Street Boss mare steps up to 1200m and gets the services of Heidi Gillie and her 4kg claim, which brings the weight down to 60kg. Having settled three wide with no cover up on speed, Brownie managed to kick clear and win by 2.5 lengths in a way you like to see $1.50 favourites win. She steps into a Fillies & Mares BM58, and it doesn’t look to be the deepest. Gillie will look to go forward from barrier eight and with a bit of luck have her mount settled outside the leader. If she can get a smoother run in transit this time, it is hard to see how Brownie gets beaten.

The Matthew Williams-trained filly Rioyuki is set to resume off a near five-month spell having finished behind New York Baby on debut at Warrnambool on May 4. That horse came out and won at Flemington on September 22, so there is some form to follow despite all but two of Rioyuki’s rivals here having their first career run. From barrier 14, John Allen will need a touch of luck early on, but if he can get the filly in the moving line with cover, she could prove too hard to hold out with a nice turn of foot.