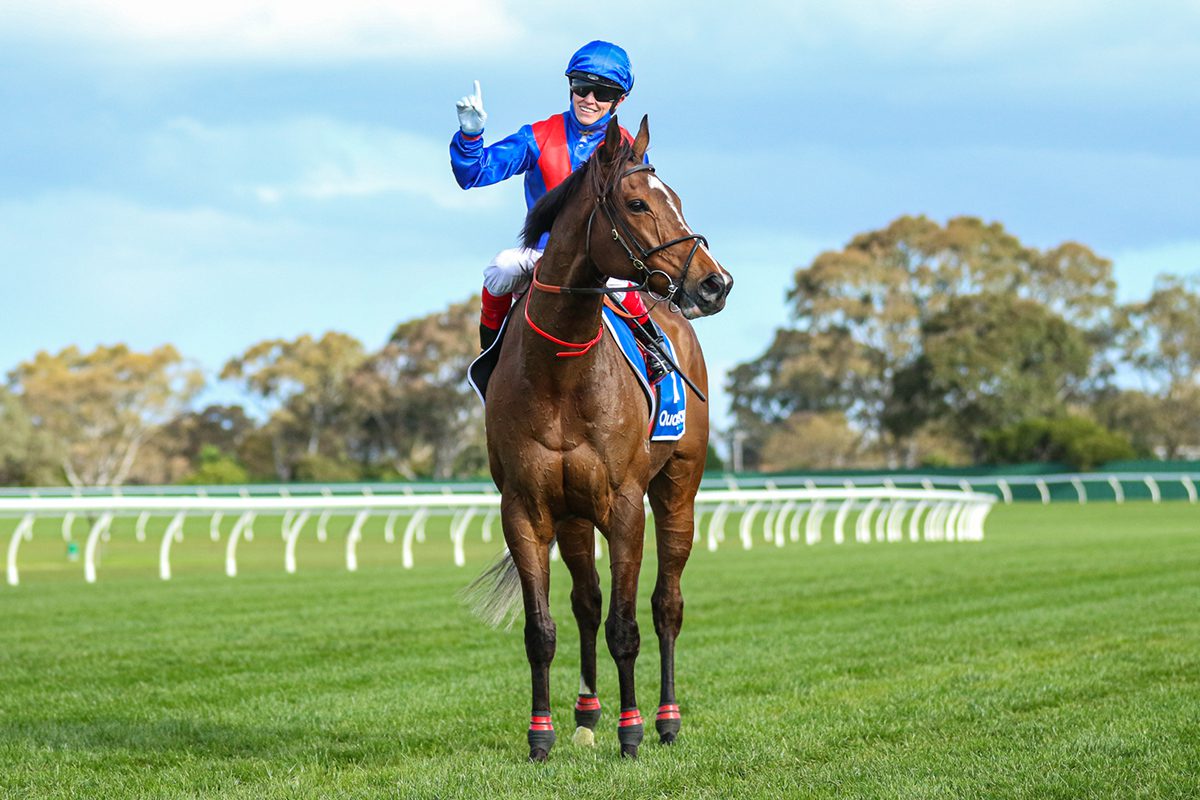 The final field and barrier draw for this Saturday’s $5 million All-Star Mile was announced on Tuesday morning, which sees race favourite Zaaki drawn the outside alley.

The pop-up race returns to Flemington this year for the fourth running of the event, with a field of 15 having accepted.

The 118-rated galloper was easy in betting shortly after the field was finalised, drifting to $3.20, however he is still the clear top pick at this stage according to online bookmakers.

Jamie Kah will be in the saddle again on Saturday, with the Adelaide Cup-winning hoop having to navigate a path from barrier 15, but the gelding’s trainer, Annabel Neasham, isn’t too phased.

“He drew (barrier) one last time (Blamey Stakes) and it probably didn’t suit him,” Neasham said at the barrier draw event.

“I did say I’d rather draw the outside gate than the inside gate with him, so it gives him a bit of time.

“A lot of his races he has drawn wide, but it is what it is and I think we’ve got the best jockey on board.”

Drawing favourably in barrier four is the winner of the Blamey Stakes, Inspirational Girl, who is looking to give Danny O’Brien his first win in the 1600m feature.

Price said that he will be crossing his fingers that barrier one works, although he admits that it isn’t what he wanted for the Golden Eagle winner.

“I would have to say I’m a bit nervous about it,” Price said.

“Barrier one – it’s definitely a traffic gate if it doesn’t work. If it does work, it’s fantastic.”

The likely leader in the race, Streets Of Avalon, has drawn well in barrier three, while other speed horses Callsign Mav and Lightsaber have drawn wide in barrier 10 and 12 respectively.

Cascadian will be dropping back from the 2000m of the Australian Cup to the 1600m of the All-Star Mile, so barrier six should ensure a dream passage for the flashy chestnut, while outsider King Magnus should also get a saloon passage from barrier five.

No favours have been done for popular mare Sierra Sue in gate 13, nor has the barrier gods been kind to Lunar Fox, with the 2021 Australian Guineas winner going to have to do it the hard way if he is to cause another upset in a Flemington mile feature.

Tofane (7), Pinstriped (8) and Icebath (9) have all drawn well for their racing pattern, but three-year-old colt Captivant will have his work cut out from barrier 11.

Zaaki is the $3.20 favourite for the $5 million feature, while I’m Thunderstruck and Inspirational Girl sit on the second line of betting at $6.50 apiece.