HORSE racing in Hong Kong is big business and the ever-growing industry is consistently setting betting records with every season.

The locals love a punt which create big betting pools for the rest of the world, which includes Australia where Hong Kong racing is booming on all levels. 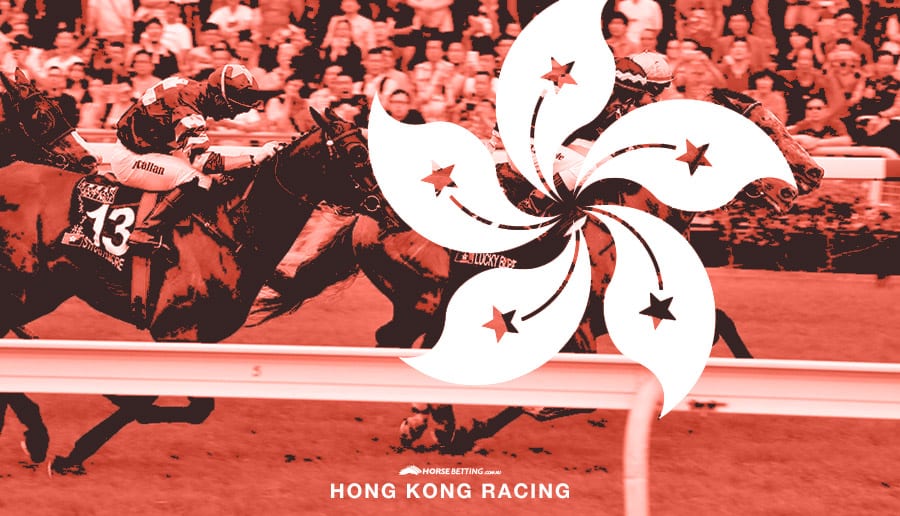 The increased interest for carnivals such as the International Meeting in December means that bookmakers are offering better odds, more markets and bonus bet specials.

Hong Kong races on only two tracks – Sha Tin and Happy Valley, with both venues sharing two meetings per week. One meeting on Wednesday and the other premier meeting typically falls on a Sunday.

Racing on only two tracks provides punters with consistency and a level of professionalism that stands out above the rest of the world.

There’s no better time to place a bet on Hong Kong racing which starts in September and ends in July.

All of our bookmakers have increased their coverage of Hong Kong racing. With two meetings on each week – both Sha Tin and Happy Valley – bookmakers know how important it is to get fields and odds out to punters.

Whether it’s a midweek meeting at Happy Valley or a premier meeting at Sha Tin on Sunday, the bookmakers have Australian punters covered.

The Hong Kong International Meeting is held at Sha Tin in December and it boasts four of the biggest races in the world.

Champion thoroughbreds from Australia, New Zealand, Europe and Japan take on the very best local horses in four races which are high on the radar of any trainer around the world.

The four Group one races are as follows:

The Hong Kong Sprint is always an exciting affair where the local Hong Kong runners have a distinct advantage over the visitors. Recent winners include Aerovelocity, Lucky Nine and Peniaphobia – all trained locally in Hong Kong, but Japan has also been well-represented with back-to-back winner Lord Kanaloa.

The Hong Kong Vase is a truly international race where the European and Japanese runners typically dominate the market. The last three winners (Satono Crown, Highland Reel, Flintshire) have all been trained outside of Hong Kong. This depth of horses from other countries always makes for an intriguing race.

One of the more popular International Meeting races is the Hong Kong Mile because of its ability to attract the best middle distance horses from around the world.

Past winners include Jim And Tonic, Sunline and Maurice which were all globetrotting types that made the Hong Kong Mile into the race that it currently is.

The final Group one of meeting is the Hong Kong Cup which is run over 2000 metres where the Japanese stayers have had an impact in recent times.

Maurice and A Shin Hikari have represented Japan well, helping increase the popularity of the race to new levels. Punters love backing Japanese stayers and the Hong Kong Cup is now a highly-targetted race for international stayers.

Betting is available on all four major races, as well as the undercard which always features some outstanding lower-graded races.

There are many more major races held in Hong Kong throughout the year – with every Group one race being held at Hong Kong’s premier racetrack Sha Tin.

The Chinese New Year rings in the first major race of the season with the Steward’s Cup. The HK$10,000,000 turf mile is the first leg of the Hong Kong Triple Crown which also features the Hong Kong Gold Cup and Champions & Chater Cup.

The Hong Kong Gold Cup is held in late February and is the second leg of the Triple Crown. The 2000 metre feature has been dominated by trainer John Moore with eight wins from the last 11 races.

Moore won with Super Kid in 2006 and Vica Pataca, Military Attack and Designs Of Rome have all since won consecutive Hong Kong Gold Cups.

The final leg of the Triple Crown is the Champions & Chater Cup which runs in May or early June. The 2400 metre staying event tests the stamina of the horses which have competed at shorter distances, which often results in a mixed result.

Only River Verdon (1994) has won the Hong Kong Triple Crown.

The Champions Mile is a part of the Asian Mile Challenge which includes the Dubai Duty Free Stakes in Dubai and the Yasuda Kinen in Japan.

When can I bet on Hong Kong racing?

Hong Kong hosts two meetings a week for 10 months of the year, and all of our bookmakers offer betting markets on every meeting.

Happy Valley will run a meeting on Wednesday night which usually features a full card with big betting fields. Betting into these markets has become increasingly popular for Australians as it directly follows the midweek action in Australia.

The big racing is held on Sundays and our bookmakers have markets up early in the week. Fixed odds betting on regular Sunday meetings isn’t available until the day of the race, but markets for the big Group one races open early where punters can enjoy all-in and fixed odds betting.