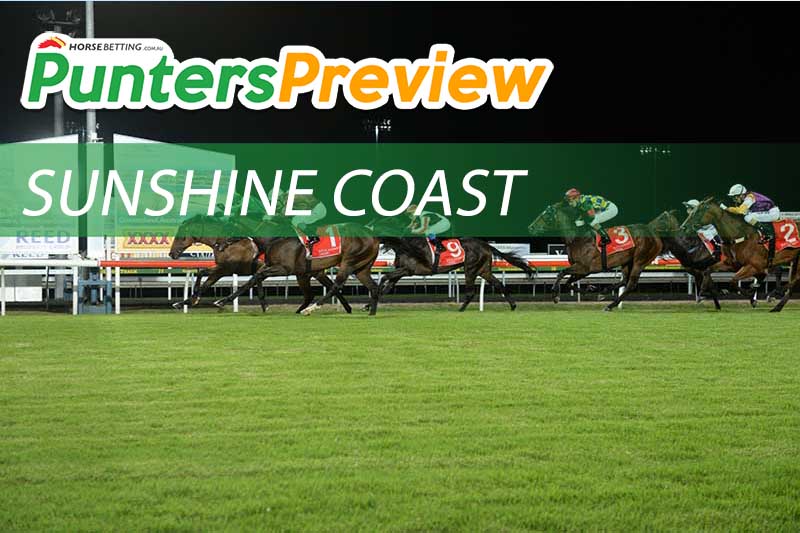 SUNSHINE COAST is the third Friday night meeting across Australia (Canterbury and Cranbourne) and we have free racing tips and full form throughout.

The even fields present punters with good each way value and we’re looking forward to the seven-race betting card.

Malvern Estate resumed from a spell with a quality win on this track and its form from last campaign is starting to shine through. Desleigh Forster is training winners with good frequency and we’re not expecting a big price here.

Bouchard isn’t quite as impressive as its namesake, but the four-year-old mare has finished second at its last two starts and that could be enough to take this out. It’s not a strong maiden field and it could add some value.

Char Char wasn’t far away from them in three starts last campaign and it has since trialled well in preparation for this. Running at Sunshine Coast looks much easier than his recent assignments in Sydney.

Checkmate Lad has improved with two starts and its last start third placing was full of encouragement. The three-year-old finished within a length of the winner and it has been prepared with a recent trial placing.

Suerte has always possessed potential and she put the writing on the wall last start when finishing second behind Sista Act. That was run in a quick 1000m time and a similar effort will have the opposition chasing dust.

Balboa Rocks scored a good win two back and followed that up with a second placing last start. The four-year-old was only a nose behind the winner on that occasion and it looks to have more ability than most in this field.

Snooper has drawn wide in barrier 15, but it has won and placed already this campaign and that form might hold up well. This is harder, but the light weight brings it right into contention.