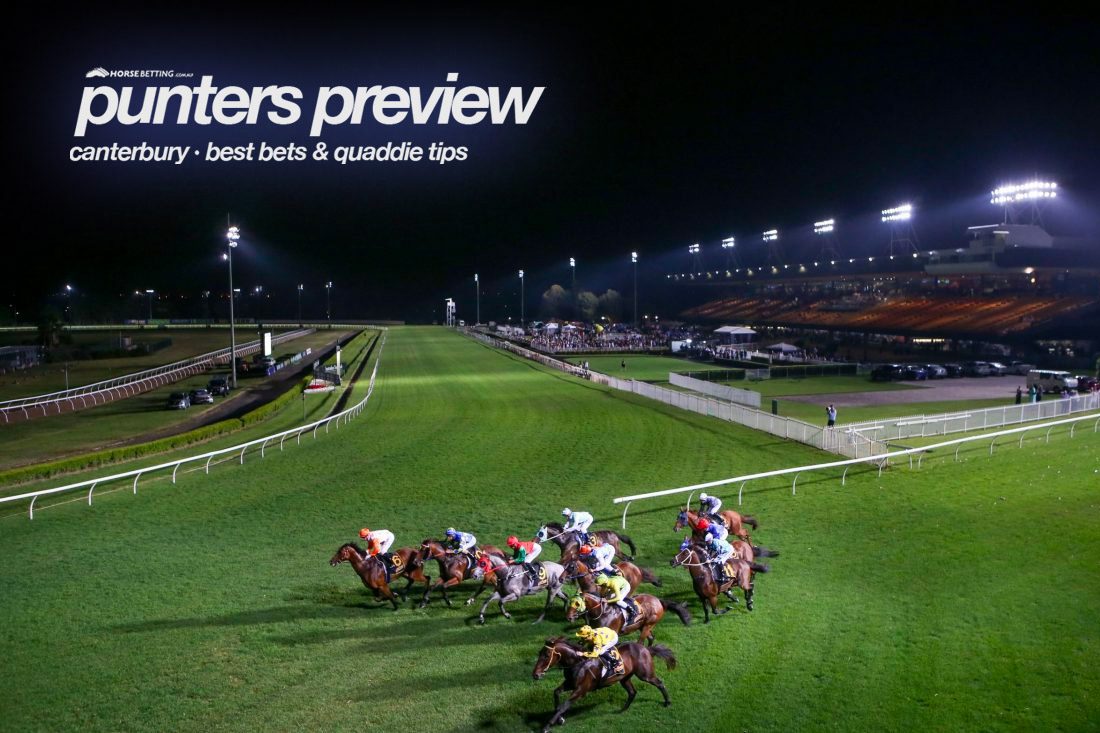 Friday night racing in Sydney heads to Canterbury Park this week with eight races set to be run. HorseBetting’s New South Wales form analyst brings you his best bets and quaddie numbers for the meeting, along with odds from Australia’s top betting sites. The track is currently a Soft 5 and the rail is out 3m for the entire course. Racing gets underway at 6:00pm AEDT sharp with the running of a 2YO Maiden Handicap over 1200m.

We can be a forgiving bunch sometimes, us punters. Devil’s Throat has been looking like winning a race for a while now, having run second in four of his six career starts so far. The three-year-old gelding has been given plenty of chances by not only us, but plenty of punters, having started favourite in most of those six runs. The son of Snitzel was backed off the map first-up in the Magic Millions Maiden and ran second, before starting $1.65 last time when beaten narrowly. Tommy Berry retains the ride on this Snowden-trained galloper, which is a big advantage, while barrier six should see them settle midfield on the outside of runners before going past the rest in the straight. This is his chance.

Kris Lees and Kerrin McEvoy combine in the fifth with the resuming Sammy. The son of Medaglia d’Oro was a winning machine last campaign, taking out back-to-back races at Newcastle before clearly being outclassed in the $500,000 Silver Eagle. Sammy has since trialled twice and done well without being asked for too much of an effort in preparation for his first-up run. The four-year-old gelding has never missed the placings in four first-up attempts, while the 1300m – or 1250m at Canterbury in this instance – will be his sweet spot. From barrier five, expect Sammy to roll along on the speed and prove too hard to catch, despite having to lug 60kg.

In the final race of the night, Matthew Dale and Jason Collett combine with Golden Gorge, a son of Mossman. The five-year-old gelding has been racing in country and provincial races for most of his campaign, but he has contested three Highway races in the city and has not been disgraced. Last time out at Rosehill, Golden Gorge had a tough run in transit, loomed as the winner and got run down late by Markievicz over 1500m. He rises ever so slightly in trip to 1550m on Friday night and shouldn’t find this field much harder than what he was up against on January 29. From barrier three, Collett can have him in a handy spot, and he could be hard to beat at a nice price with Sportsbet.