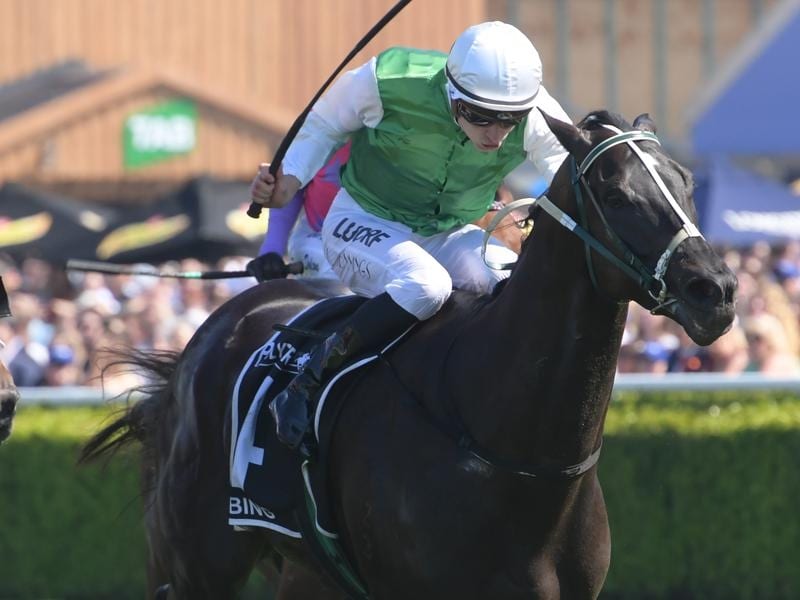 Bobbing will chase a maiden black-type win in the Group Three Festival Stakes at Rosehill.

Along with training a small team of horses, Bernie Kelly dabbles in breeding, usually onselling the horses to help make ends meet.

But something about Bobbing caught his eye and convinced him the horse was a keeper.

“I’ve only got three horses in work, I’m a one-man band,” Kelly said.

“I breed a few, buy a few, sell a few. We just do our best to keep our heads above water.

“I actually bred a few Beneteaus and he was the last on the list and I said to my wife (Anne), ‘you’re not going to sell this one, I’m going to keep him’.”

Kelly planned on giving Bobbing time to mature but circumstances meant the horse had more time than anticipated.

He ripped a muscle after his first start and was spelled, only to return to work and fracture a splint bone, an injury that required another six months in the paddock.

But after a patchy start, Bobbing has justified Kelly’s decision to retain him, winning five of his 13 starts and more than $700,000, highlighted by the Provincial Championship Final in April.

At Rosehill on Saturday, the six-year-old will chase a maiden black-type success in the Group Three Festival Stakes (1500m), a traditional lead in to next month’s Villiers Stakes at Randwick.

With Bobbing on the 53kg limit, regular jockey Koby Jennings is unable to make the weight so James Innes Jnr will ride.

The horse tackles the Festival Stakes at his third campaign start after resuming with a barnstorming third to Handle The Truth in the Kosciuszko before a sound fourth under a big weight at Newcastle.

Kelly says he might have been too soft on Bobbing between runs and expects him to relish a distance rise in the Festival Stakes.

“At Newcastle, he carried 60 kilos and had four weeks between runs,” Kelly said.

“Whether I was a bit kind to him, that was debatable. He went well but with the good, strong tempo it made him carry his weight.

“He’s in good order and he’s probably getting out to his right distance now.”

A field of 14 has accepted for the Festival Stakes, including multiple Group winner Invincible Gem and 2017 race winner Testashadow.

It is one of three stakes races on Saturday’s card with the Starlight Stakes (1100m) attracting 12 runners, notably The Hunter placegetter Bon Amis, and the ATC Cup (2000m) a field of 13 headed by Grey Lion.