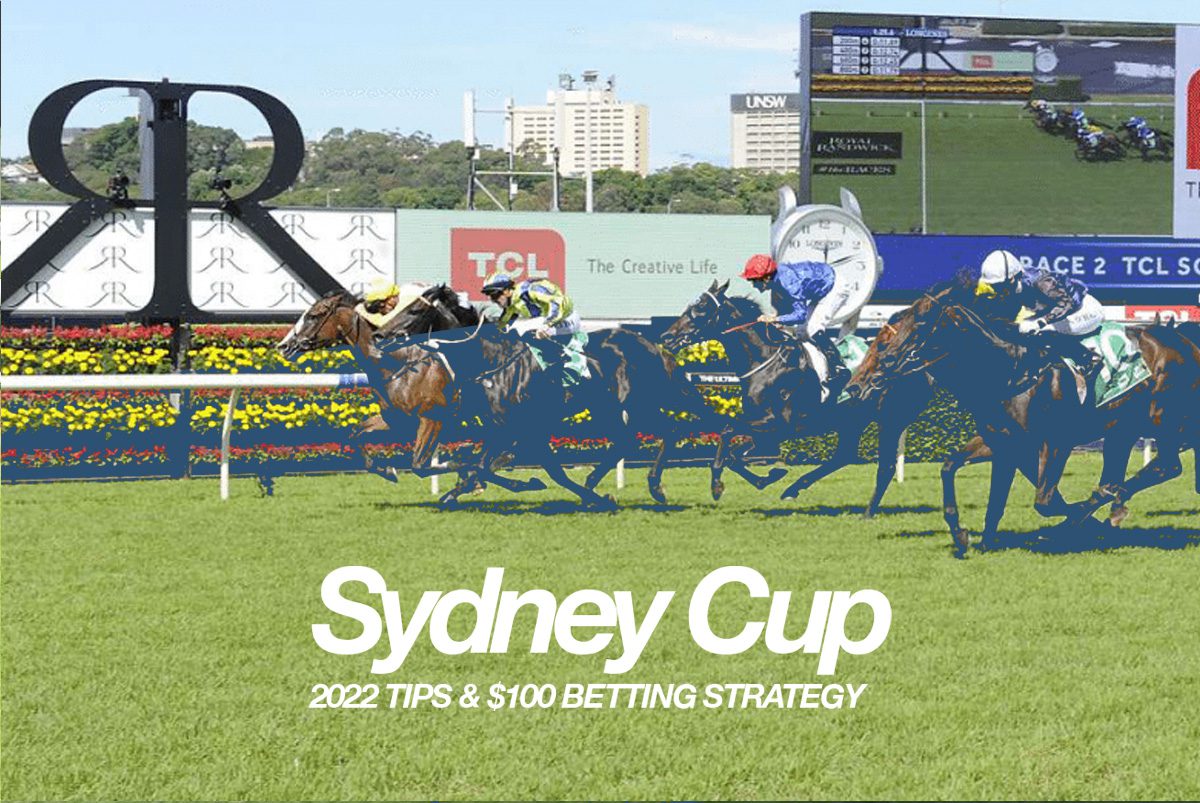 Day Two of The Championships will host the $2 million Sydney Cup, with a field of 19 stayers doing battle over 3200m. A number of ‘Cup’ winners come together for the Group 1 feature, with the winner of the Brisbane, Adelaide, Caloundra, Mornington and Queen’s Cup winners all set to go around. Stockman has been well supported in early markets, firming into $4.80 favouritism with online bookmakers, while Crystal Pegasus has also seen some backing, shortening into $6.50. No Compromise, Knight’s Order, Luncies and Chalk Stream make up the rest of the runners in single figures.

Knight’s Order is the likely leader in the race, while Angel Of Truth will use his barrier to be handy to the speed again. No Compromise showed more tactical speed in his Queen’s Cup victory three weeks ago, so Jay Ford could look to repeat that ride again from barrier 10.

Continue reading for HorseBetting’s top selections and $100 betting strategy for the 2022 Sydney Cup.

If you’ve read one of our race previews for Sydney’s feature Saturday meeting over the past two months or you’ve added horses into you blackbook from The Follow Files, you will know that we have been quite bullish in regards to No Compromise’s chances in the Sydney Cup. The Chris Waller-trained five-year-old has had an ideal five-run preparation, missing the place just once in those races. The son of Pins got a well-deserved victory in the Group 3 Queen’s Cup at Rosehill on March 19, bounding clear over 2400m to win by just over half a length with 53.5kg on his back. What we loved most about that win was the fact that he raced handy to the speed for the first time all prep. Now in his Grand Final, we expect No Compromise to be once again ridden positively under Jay Ford from barrier 10. The gelding drops to 50.5kg under handicap conditions which is a massive advantage, while he also gets to two mile which can only suit. His soft-track form is brilliant, and he is a two-time Heavy track winner, so he should relish the wet conditions on Saturday. At around $9.50, he is a great each-way bet.

We declared Stockman on Saturday in the Chairman’s Quality (2600m) at Randwick, but Joe Pride opted to scratch the Tancred Stakes runner-up and save him for the Sydney Cup. The five-year-old has proven time and time again that he is a superior stayer on rain-affected tracks, recording a comfortable win in the Sky High Stakes two starts ago on a Heavy 8, before running a career PB when second to Duais last time out. The 2021 Caloundra Cup winner has bundles of ability, and the 3200m looks like it should suit. With Alysha Collett aboard from barrier 13, the race favourite is going to get a sweet run in transit and he should prove to be effective late with just 51kg on his back. He is the one that they have to beat and we would have him on top if he wasn’t right at the pointy end of the market.

Carrying the top weight in a handicap race means that you are the best horse in the race, and based on prizemoney, career record and class, The Chosen One is exactly that – the best horse in this race. The six-year-old son of Savabeel has placed in the Sydney Cup before, while he has finished fourth and fifth in the past two editions of the Melbourne Cup, proving to be an elite stayer despite not winning over 3200m. The Murray Baker & Andrew Forsman-trained entire won a deserving maiden Group 1 in the Thorndon Mile at Trentham on January 29 and he has since raced three times, running third at Group 1 level on all three occasions. Most recently, The Chosen One was 4.4-lengths third to Duais and Stockman in the Tancred Stakes, which looks the right form line. Contrary to most New Zealand-bred stayers, The Chosen One is not a huge fan of wet tracks, having never won on a wet deck in 15 starts, so his winning chances might be made slimmer for that reason, but you cannot discount him.