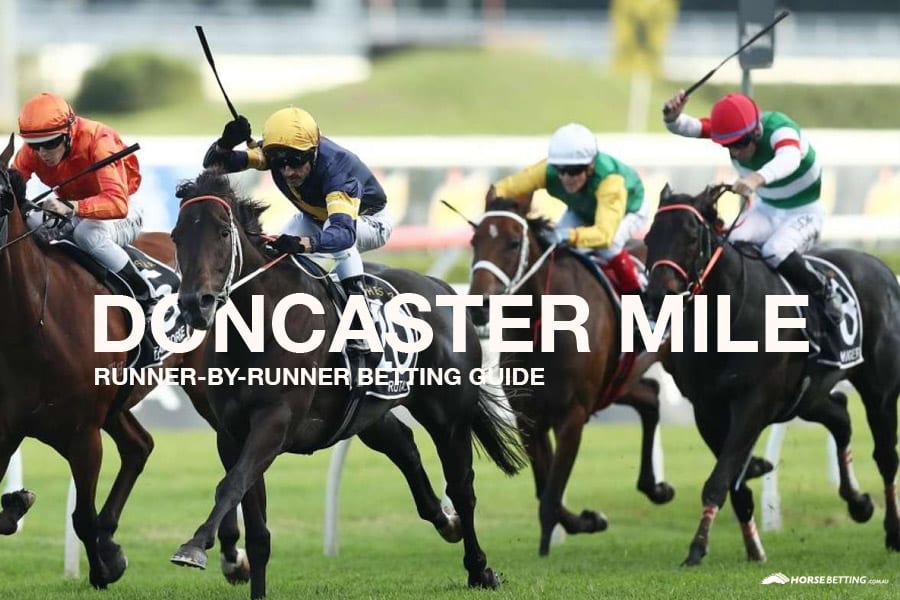 The 2021 Doncaster Mile is upon us this Saturday and what a cracking field it is to contest this $3M time honoured event. Run over 1600m at Group 1 Handicap conditions, a capacity field of 20 + 2EM has been assembled, including eleven Group 1 winners. The feature mile at Royal Randwick has been won by some genuine equine champions, including Sunline, More Joyous, Sacred Falls, Winx and Happy Clapper, with this year’s winner unlikely to look out of place on the honour roll.

It is a wide open betting affair as it usually is, with All-Star Mile winner, Mugatoo holding favouritism at $4.50, ahead of Mo’unga and Yao Dash the other runners in single figures at $9, while Think It Over and Aegon sit on the fourth line of betting at $11. Gai Waterhouse has won this race seven times and saddles up equal third favourite Yao Dash and Group 1 winning mare Shout The Bar in this year’s event.

As is always the case in these types of races, it will be run at a solid clip thanks to speed from Yao Dash, Samadoubt, I Am Superman, Best Of Days and Shout The Bar who will cross over from deeper out. Mugatoo and Aegon should get great runs in transit from their good barriers, while other market fancies Mo’unga, Think It Over and Avilius are going to have it all to do late. Horsebetting.com.au has covered every runner in the 2021 Doncaster Mile with reasons why they can and cannot win the $3M feature.

The 2021 Doncaster Mile is set to be another terrific edition, with a number of live chances bringing differing form lines into the race. We will be backing both Aegon and Mugatoo, solely because of how well they are drawn compared to the majority of their main rivals. They should both get good runs in transit, they’ve both had a freshen up so they should be able to sprint quickly at the end of a brutally run 1600 metre race and any cut out of the ground is only going to aid them further. I Am Superman is the one at big odds who we will include in our numbers given how well he maps from barrier ten, while Mo’unga cannot be ignored despite drawing the carpark as he will be motoring home late if his run in the Randwick Guineas is anything to go by.