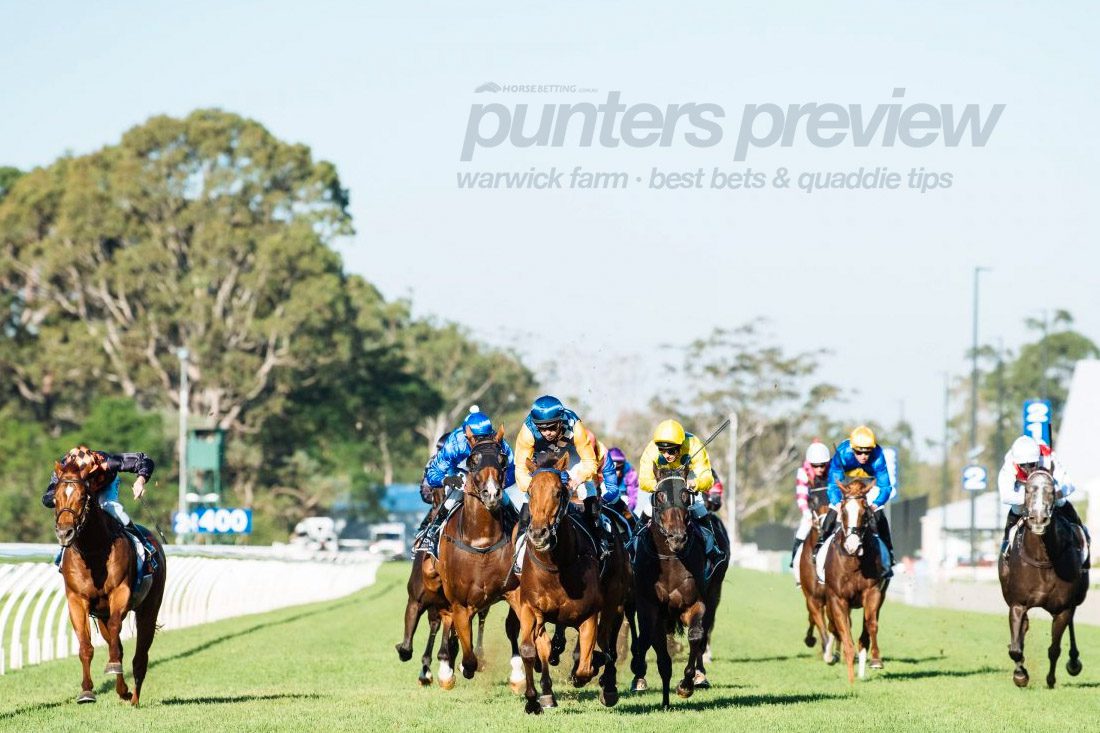 HorseBetting’s Sydney form analyst brings you his best bets and quaddie selections for the eight-race program at Warwick Farm on Wednesday, October 13. The track is rated a Soft 5, the rail is out 3.5m for the entire course, and the first race is set to go at 1:15pm AEDT.

Matthew Smith has a pretty smart mare making her metropolitan debut on Wednesday in Daralina Belle. The four-year-old daughter of Deep Field is currently undefeated in three starts, winning at Goulburn, Nowra and Scone before coming to Warwick Farm on October 5 at the trials, where she won by seven lengths over 1200m. Daralina Belle’s two most recent wins have been over 1400m, which is what she gets here, and while this is the toughest field she has faced yet, her last-start win came by an impressive 4.25 lengths, so she clearly had plenty of gas left in the tank. James McDonald has been booked from barrier two, so Daralina Belle should be handy early just stalking the speed before pouncing late. She looks well above average.

Oxford Tycoon has been racing in Midway events in his past two starts and will now contest this Benchmark 72 at a track where he has run once for a third-place finish. The Kim Waugh-trained six-year-old was very unlucky two starts ago at Kembla Grange when second to Royalzel over 1300m, before getting no peace at his latest outing when dropping back to 1200m and running 10th, five lengths off Dalaalaat and Exceltic. With a month between runs, the son of Written Tycoon stays at 1200m and, notably, will race without synthetic hoof filler for the first time. Brock Ryan’s 2kg gets the weight down to 58.5kg, and the draw in barrier one will allow him to box seat. With luck in the straight, this gelding should be very hard to beat.

Bjorn Baker really turned Savvy Valentino around at his most recent start, where he won over 2400m at the Kensington track on September 29 as a $26 outsider. The gelding had finished last in his two runs prior to winning and had only beaten four runners home across his two starts before that, so the win did come as a bit of shock, but the way he won was pretty impressive. Having settled last in the field of nine, Rachel King produced the son Savabeel to the outside and he let down strongly to win over the game Arabolini. He stays at 2400m and does rise 2kg in weight, which is a slight query, but he stays in Benchmark 72 company. Set to jump from barrier six, he will be out the back again and running home in similar fashion. If he repeats his last run, he can be in the finish once again at each-way odds.