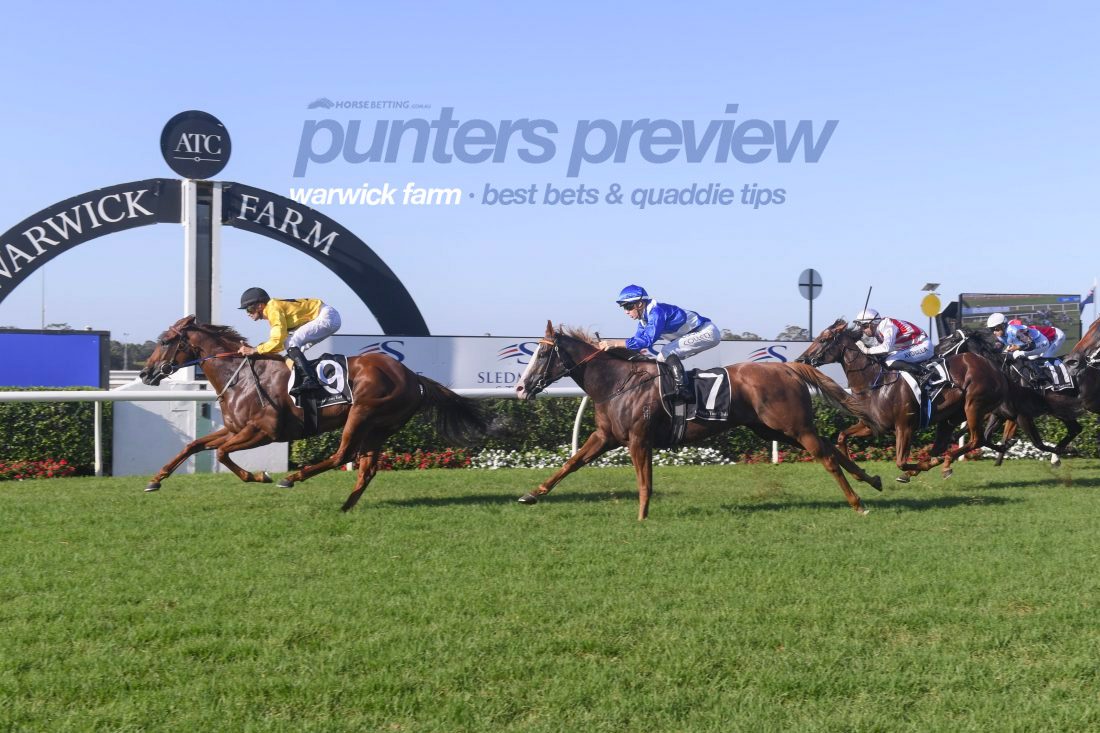 HorseBetting’s New South Wales racing analyst presents you with his best bets and quaddie numbers for the eight-race metropolitan meeting at Warwick Farm on Wednesday. Wet weather is still hanging around Sydney, so the track is rated a Heavy 9, while the rail is out 3m for the entire course. The first race of the afternoon is set to jump at 1:45pm AEDT. Some nice horses are set to step out at the races, including a progressive stayer in race four.

The progressive stayer that we are talking about is the Annabel Neasham-trained Forever You. The four-year-old mare by Galileo won back-to-back races at provincial level by big margins across January and February, before having her colours lowered in a Saturday metropolitan race at Rosehill on March 12. Now back to Wednesday grade and back out to 2400m, this mare looks extremely hard to hold out, especially on the Heavy 9 track. Rachel King can get the best out of this mare.

Next Best Bet at Warwick Farm – Alpha One

Peter & Paul Snowden saddle up two-year-old colt Alpha One in the opener on Wednesday in an 1100m maiden for the babies. This son of Super One has had two starts, finishing sixth on debut behind Conqueror and Golden Slipper runner Seven Veils, before running a solid third at Canterbury on March 10 behind Spacewalk and Chipper. Tommy Berry has stuck with this colt which is a big advantage, while he should strip much fitter now in his third career start on another heavy surface. He has the gate speed to lead from barrier seven which will see him prove hard to beat.

We aren’t too fond of tipping horses like Latin Lyric – i.e. non-winners – but when this consistent galloper is going around at $16, it is worth having a little dabble each way. The Craig Carmody-trained mare is yet to win one in 18 starts, but she has been in the minor money on eight separate occasions and she has been short odds in most of those starts. The daughter of Wandjina is placed on a heavy track in the past, while 1100m looks her go. Provided she isn’t too far away under Tyler Schiller, Latin Lyric will be in the finish once again.