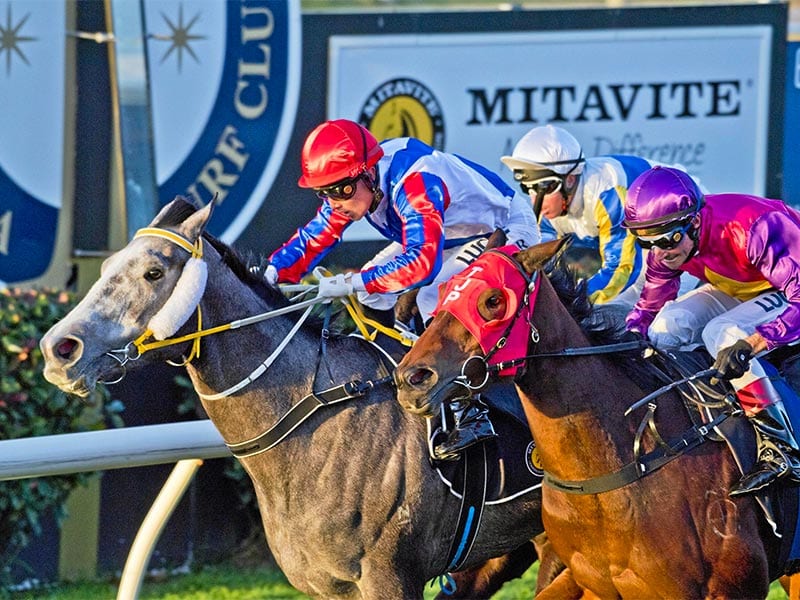 Clifford Park in Toowoomba hosts its standalone Saturday metropolitan meeting, which sees a nine-race card headlined by the Weetwood Handicap and Toowoomba Cup. HorseBetting’s Queensland form analyst brings you his best bets for the two feature races, as well as his top tips and quaddie numbers for the afternoon. The track is rated a Good 4, the rail is in the true position for the entire course, and the first race is set to jump at 12:38pm AEST.

It is a competitive Cup this year in the Garden City, with Champagne Aunty the $3.40 favourite ahead of Honourable Spirit at $4 and Wapiti at $4.40. We are with impressive last-start Doomben winner Honourable Spirit after trainer John Smerdon elected to bypass Saturday’s race at the Gold Coast to keep him fresh for this. Jaden Lloyd retains the ride on the five-year-old and will be hoping to replicate the last-start romping which saw the pair race away to win by 5.25 lengths. The son of Charm Spirit drops from 57kg to 54kg, which will be a massive advantage as this is a considerable class rise, but having won three of his past four starts by a cumulative 10.5 lengths, we are confident he can go on with the job here. Barrier five will see Queensland’s leading apprentice jockey settle in the first four or five in the run and attempt to put them to the sword on the bend.

While most of these horses have been aimed at the Weetwood Handicap, local trainer Mark Currie has made it well known that this is Soxagon’s Grand Final, so we cannot ignore that. The six-year-old son of Rocker has won eight of his 24 starts, including wins in the Listed Lough Neagh Stakes and The Buffering over the Summer. After trialling superbly behind Alligator Blood in August at the Gold Coast, Soxagon went to an 1110m Open Handicap at Doomben a fortnight ago where he had to lug 60.5kg and finished off well enough behind You Make Me Smile who got a dream run in front. Soxagon is undefeated at Toowoomba, has drawn perfectly in barrier five and gets Brad Stewart in the saddle again, which is a massive plus. He will be right in the finish in the feature.

It isn’t a black-type race, but the Garden City Guineas has attracted a pretty decent field of three-year-olds, including Whitewater. Although lightly raced with a win and two seconds from three starts, Whitewater comes off a second behind Startantes who is $17 in Saturday’s Group 1 Golden Rose Stakes at Rosehill. The son of Headwater won well at the Gold Coast two starts ago, defeating Kirkeby by a length, with Devastating running third before subsequently winning at the Sunshine Coast on Sunday. The David Vandyke-trained gelding has drawn a touch awkwardly in barrier seven, but Ryan Maloney goes back on board which will be an advantage. Expect Maloney to find some cover in the middle of the pack and be charging home late over the top of the likes of Keefy, Bulloo and Sutto’s Gal.

Next Best at Toowoomba: Fortified

Chris Waller and James Orman combine in the opener with impressive last-start winner Fortified. The four-year-old son of Ocean Park won back-to-back races in May by a combined 4.2 lengths, before running eighth in the Queensland Derby at Group 1 level. He had a freshen up and didn’t fire a shot fresh at the Gold Coast over 1400m before relishing the rise to the mile last time to win by three-quarters of a length at Eagle Farm to defeat Makedon and Kubrick. The gelding rises again to 1850m which is going to suit even further, and he finds himself up against a very average bunch. He will get back from barrier seven and be finishing off the better here.

Toowoomba can often favour local horses, and one horse that absolutely loves his home track is Tears Of Love. Having won four from 10 here at Toowoomba, the Matt Kropp-trained gelding lines up in this 1300m Benchmark 80 first-up off a two-month break. Last preparation, Tears Of Love won four of his five starts, including a win over London Banker, who has won four consecutive races since then. Drawn wide in barrier 13, Madeleine Wishart will take the son of Love Conquers All to the front and look to lead all of the way. Wishart takes 2kg off the five-year-old’s back, which will take his weight down to 58.5kg. He is a tough horse who relishes a dogfight, so we are confident that Tears Of Love can win again on Saturday.