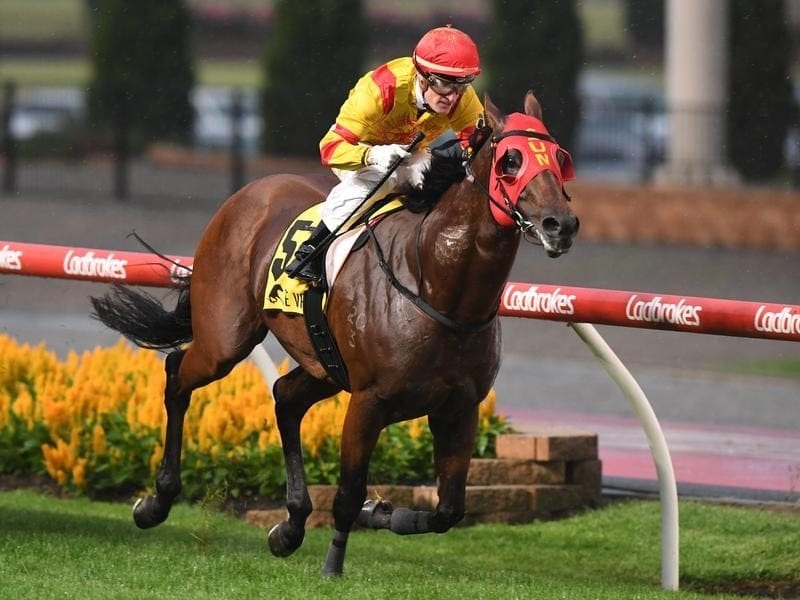 Australia Stakes winner Thronum will be trying for his first Group 1 win in the CF Orr Stakes.

With a weight-for-age win under his belt, lightly raced Thronum now gets his chance to chase a valuable first Group 1 win in the CF Orr Stakes at Caulfield.

The four-year-old entire pressed his claims for a crack at Saturday’s Orr Stakes (1400m) when he controlled the Group 2 Australia Stakes (1200m) on January 26, winning by 1-1/4 lengths.

Lindsay Park co-trainer Ben Hayes believes the talented horse is capable of taking the next step.

“He’s proven himself at Group Two level and he deserves his shot,” Hayes said.

“It’s a good field but you’ve got to run them to find out if they’re good enough.”

Thronum started his career in Sydney with Gai Waterhouse and Adrian Bott and won three of his seven starts in NSW including the Listed Rosebud as a three-year-old, while he was unplaced in the 2016 Group 1 Golden Rose.

He joined the Lindsay Park stable after a lengthy rehabilitation from a leg injury and made his race return last November with an easy win at Bendigo before a close third in the Kevin Heffernan Stakes.

Thronum was kept ticking over by the Lindsay Park team before he reappeared in the Australia Stakes at Moonee Valley, notching his fifth and most important win at his 10th start.

“Even though I got a soft lead in the Australia Stakes I thought he still did a good job,” jockey Mark Zahra said.

“He’s one that has sort of come out of left field but I reckon he’s going all right.

“This is obviously his biggest test to date to actually see if he’s a genuine Group One horse, but he gets his chance.

Zahra said it wouldn’t surprise him to see Thronum measure up.

“He gives me a really good feel,” Zahra said.

“He’s not going to lead but he’s a horse that races on the speed and makes his own luck.”

Thronum is part of a strong book of seven rides on the program for Zahra, headed by early favourites Merchant Navy, Shoals and Gailo Chop in Group races.