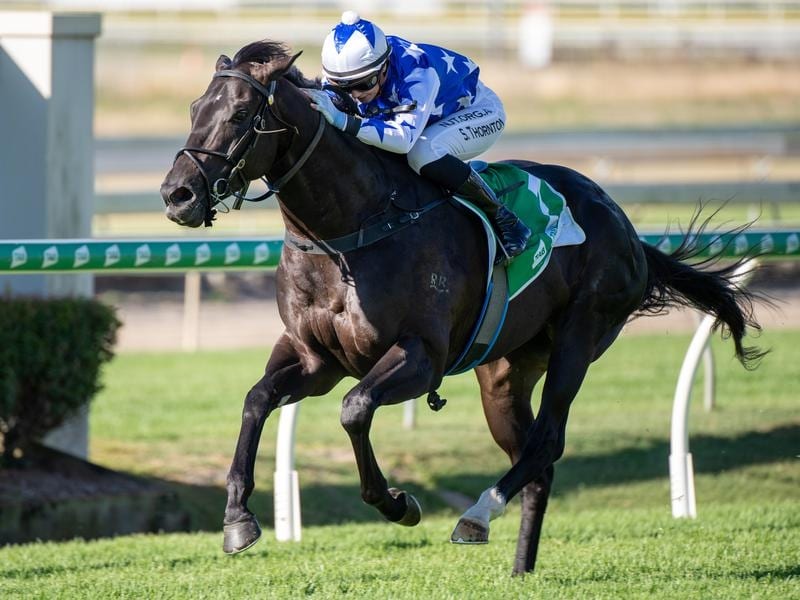 Queensland’s “King of QTIS”, The Odyssey, has been retired and is set to stand at Telemon Stud from the 2022 breeding season.

The $1.7 million earner was the Queensland Champion 2YO in 2018/19, winning won four of his seven starts that season.

The son of Better Than Ready went on to win another six races including the $1m Magic Millions QTIS Open in 2021, defeating Stuttering and Boomtown Lass.

Trained at Eagle Farm by Kelly Schweida, the eye-catching black five-year-old will stand at Telemon for $5,500, creating an “affordable” opportunity, particularly for Queensland owners who want to tap into the rich QTIS prizemoney bonuses that are on offer.

“We can think of no better candidate to target QTIS than the King of QTIS himself, The Odyssey.

“He’s the horse that so many Queenslanders dream about. He was up and going in the first two-year-old races in October, he won in elite company before Christmas and went on to have an incredible career.

“He won the QTIS clean sweep winning both two- and three-year-old Jewels and came back at four to win the $1m race on Magic Millions Classic day.

“He ran in Exhilarates’ Magic Millions 2YO Classic. I thought it was interesting to look at his form and see that he ended up defeating her when they met again at level weights as three-year-olds.

“He was certainly a high-quality horse that acted on all surfaces.”

Pin-up QLD boy The Odyssey holds them off in a photo to round out a fantastic day at @GCTurfClub with a peach from @smthornton99 for @schweidaracing in @mmsnippets QTIS Open Handicap pic.twitter.com/qAnERpG81W

Schweida said that the galloper was a “stable favourite from the very first time he came into work”, so he is glad to see the million-dollar earner get his chance at stud in Queensland.

“The Odyssey was just as effective on rain-affected going as he was on top of the ground and I haven’t had an easier, better natured animal through my yard,” the trainer said.

“He’ll pass that onto his progeny and I’m really looking forward to getting his babies into our stables in years to come.”

The Odyssey ran his last race in the Magic Millions QTIS Open in January 2022, where he finished sixth behind Wisdom Of Water.