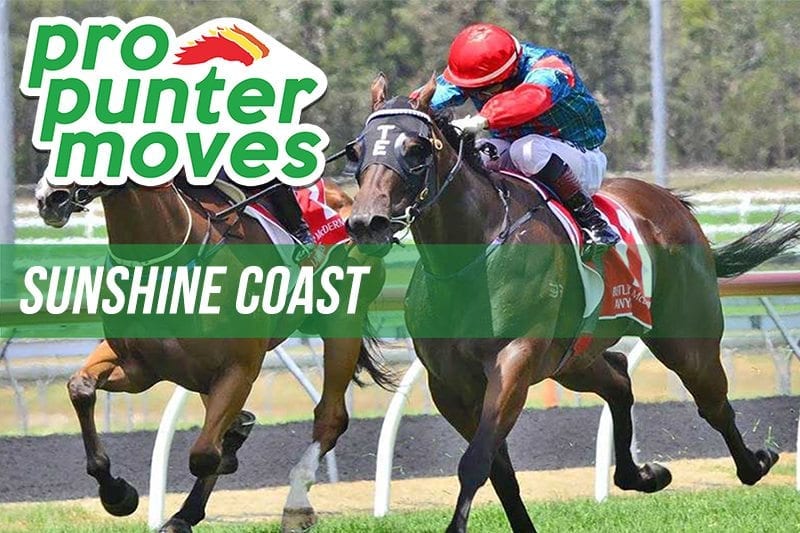 A small seven race program has been assembled for the Sunshine Coast. The track is rated a Heavy 9, and the rail is out +4m for the entire course.

Victorian mare Maximak was good in her Queensland debut, running fourth behind Shooting For Gold. The five-year-old should improve lengths up to 1400m, second up and on a wet track. From barrier 2, Mark Du Plessis should get an ideal run in transit behind a fairly hot pace. She should be finishing home the better.

We’re hoping Matt Laurie can train two winners today, with his Dundeel colt a hot favourite in the fifth. The three-year-old has had two starts, where he has finished sixth at The Valley, and then fourth at Doomben in a race where the leader gave nothing else a chance. He’s drawn awkwardly here in barrier 15, but with Jake Bayliss on board, he should be able to get over and find a spot. This might be a case of him being too classy.

Just the seven runners will contest the first race, so there will be no third dividend here which is a shame given we thought Morgan’s Smile was a big chance to run top three. The Mick Mair-trained four-year-old placed for the first time at start four last time out, when third at this track when a Soft 7. He can box seat from barrier 5, and should be suited by the drop back to 1000m on a heavy track.